Vendée Globe: the fishing boat that collided with Boris Herrmann was Basque

Boris talks about his heartbreak at the collision and the damage to his boat which occurred on Wednesday 27th at 19:50hUTC while racing in third place, some 90 nautical miles from the Vendée Globe finish line off Les Sables d’Olonne.
The boat is damaged on the starboard foil.

The Basque fishermen of Ondarroa in Vizcaya reject any responsibility in the accident that would have cost the German skipper Boris Hermann victory on Wednesday night. 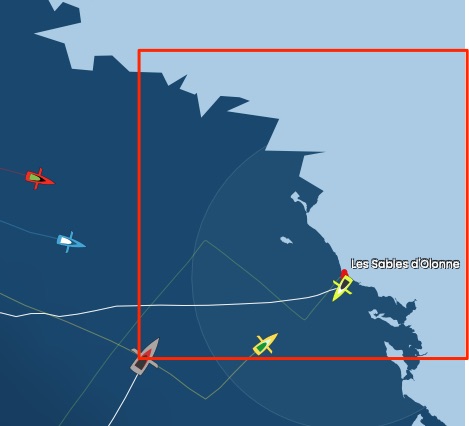 Position of Malizia II Solosailor with CLS on vendeeglobe.fr website before the collision

The navigator was about a hundred kilometers from the finish of the Vendée Globe.

The crew of the Hermanos Busto still can't believe it. During the hake fishing campaign, the 30-meter longliner from Ondarroa (Vizcaya) was hit during the night of Wednesday to Thursday by Boris Herrmann's sailboat 90 miles from Les Sables d'Olonne.

The 15 Basque sailors took a long time to understand what had happened.
"We heard a Boom! We saw that it was a sailboat but we couldn't see anyone," said Aitor Badiola, fisherman and owner of the ship.

And for good reason, the navigator was sleeping. 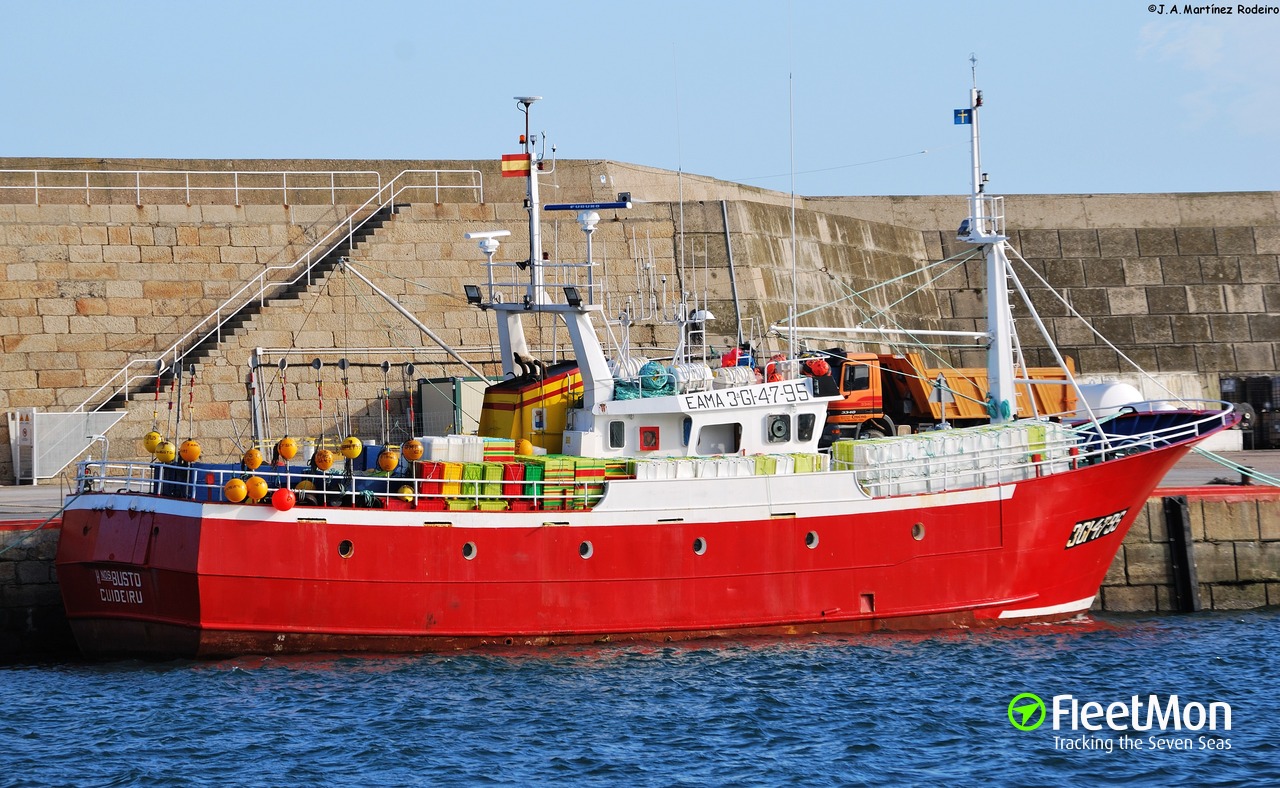 "We called him on emergency channel 16 and nobody answered! What am I supposed to do?" If the Basque longliner is made of steel and without major damage, they are worried about the consequences on a carbon boat.

You're at a speed of 20 knots, at night, you're sleeping, you hit another boat, and you say it's his fault? Bueno! (Aitor Badiola, fisherman of the hit ship)

The fishing boat tries to reach the monohull "but it continued its trajectory as if nothing had happened, _we thought it was a smuggler's boat!_" recalls Aitor Badiola. Until the moment when they make the connection with the round-the-world race. "I called the maritime rescue services in Spain, then in France, then by going to the Vendée Globe website I read the account of the collision and the coordinates of the accident, it's us!". 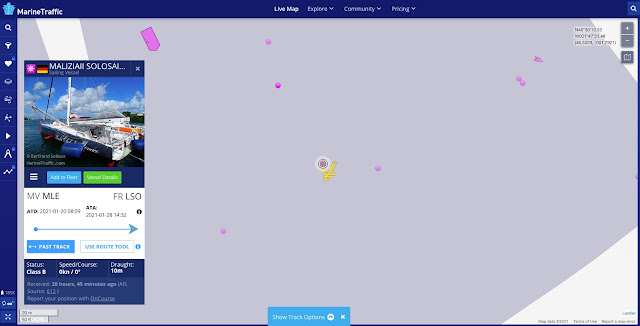 no satAIS or AIS track in the Gascogne Gulf displayed since her last position at North of Spain
no AIS at her arrival (27-28 January)
source : marinetraffic.com

Whose fault is it?

We were sad to see that he might have been in a position to win the Vendée Globe and that he would have lost because we had the shock of it, but when I saw the whole thing with the AIS system, damn it! Hey, you're at a speed of 20 knots [37km/h], at night, you're sleeping, you hit another ship, and you say it's his fault?! Bueno...!"

What is certain is that Boris Herrmann was third, and he finished fifth.

In spite of this misadventure, the Hermanos Busto continues its fishing - which is good assures its captain Josu Zaldunbide.
She will return to her home port in Ondarroa on Saturday.

Note : since, Boris Herrmann withdrew the accusation that the longliner had extinguished his AIS.
(source : https://www.sueddeutsche.de/sport/boris-herrmann-fischkutter-vendee-globe-1.5190613 : Why did Boris Herrmann's boat collide with a cutter? The sailor does not want to repeat the accusation that the cutter had switched off its tracking system. And a call to Spain calms the waters. )https://www.spiegel.de/sport/boris-herrmann-ueber-kollision-kurz-vor-ziel-funksystem-der-fischer-war-ausgeschaltet-a-1a0cb003-df0f-4dd9-8ecc-878af0524a78