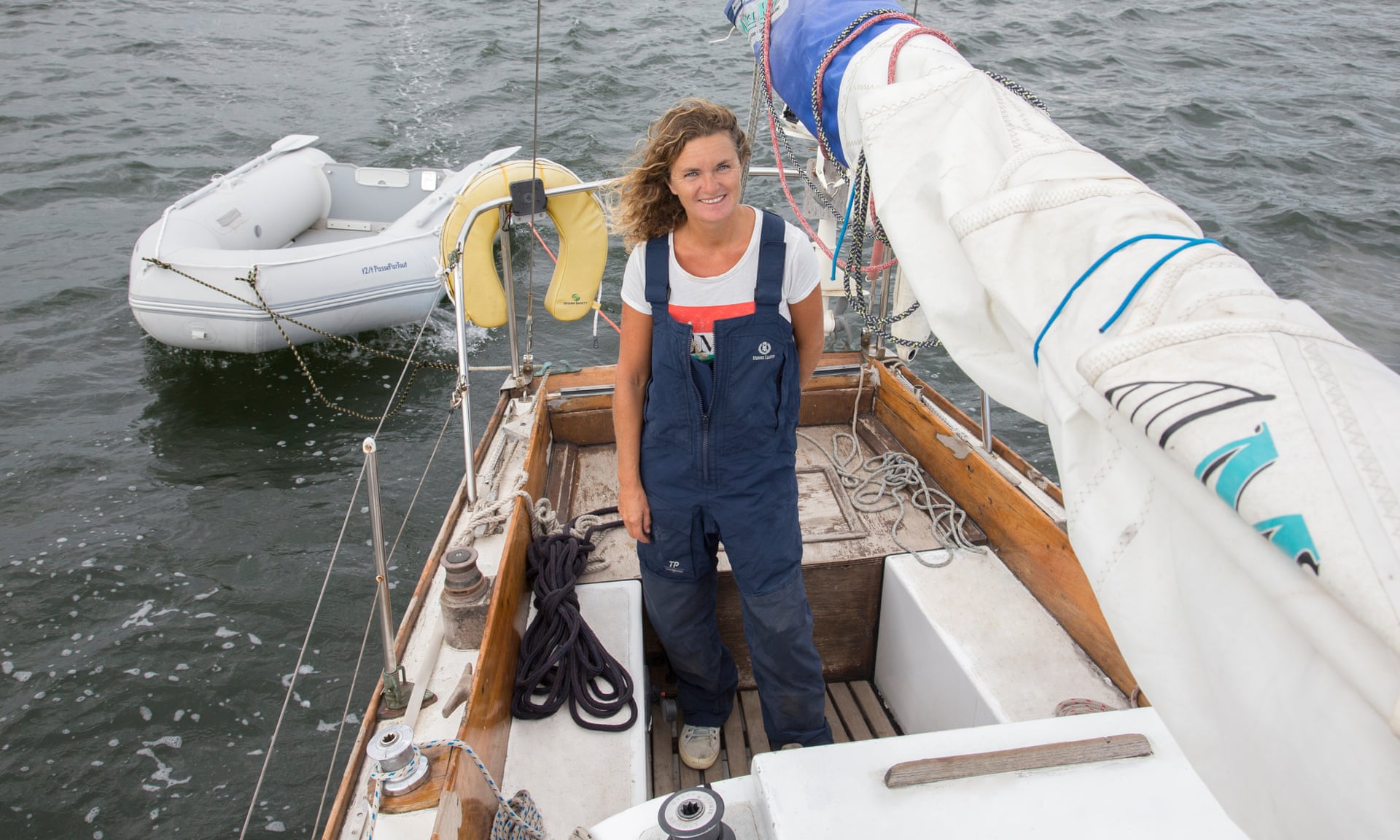 ‘It is more than I ever thought possible’ ... Susan Smillie on board her boat, Isean.
Photograph: Cat Vinton/The Observer

After a miserable 2014, I knew I had to make more time for myself – and my beloved boat

I don’t make resolutions.
But one year I made an exception.
It was 1 January 2015.
It was the only nod to self-improvement I have ever made – and it changed the course of my life.
Very seriously, I resolved to have more fun.
I had been inspired by the American folk legend Woody Guthrie, whose 1943 resolutions had come to light, a list full of such gems as “dream good” and “dance better”.
Yes, I thought.
Focus on what brings you joy – if that isn’t improvement, I don’t know what is.
(I would humbly suggest this is even more pertinent as the cruel joke that is 2020 comes to a close.)

I had had a tough year, having taken on a difficult project on top of a demanding full-time job and spent the months leading up to Christmas working so hard I barely slept.
When I did sleep, I dreamed of the ocean (unsurprisingly, given I was writing a book about sea nomads in my spare time).

The stupid thing, though, was that I hadn’t been in the sea – where I am happiest – once that summer.
I had my beloved little boat, Isean, in Brighton; my job was in London.
I would usually spend whatever free time I had there, swimming, fishing, floating around.
This year I hadn’t been to see her once.
Sunny weekends were spent indoors working; the summer passed without me really noticing it.
And I had been miserable.

Having more fun was, for me, always going to mean having more fun with Isean – but that required effort.
I sailed, but I wasn’t a confident sailor.
I would go out on calm days in Brighton, where there are few hazards and not much need for knowledge of navigation or tides.
I dreamed of sailing Isean properly – maybe crossing the Channel to France, an exciting but distant goal.
In the meantime, I dreamed of being confident enough to leave the marina overnight, to make passage plans, to go out to anchor in beautiful quiet bays – to really have fun with my boat.

Over the remainder of that winter, I kept to my resolution.
In January, as it froze outside, I sat in the warmth, having geeky fun with charts, practising navigation, measuring distances and tidal ranges, dreaming of where it could take me.

It took me west.
I remember so clearly the day my friend and I set off from Brighton.
It was mid-March 2015, cold, drizzly, misty.
I made the classic mistake of underestimating how long it would take, setting off late, sailing too slow.
By the time we reached Littlehampton, we were fighting against strong tides, wondering whether we would clear the sandbar to get into the harbour.
We did – just.

I will never forget my excitement and pride.
At a restaurant later, I wanted to tell everyone that I had sailed there, as if it had been an epic journey (it was a mere 15 nautical miles).
I carried on after that, couldn’t turn back, took Isean to the hardest place I could think of to learn: the Solent, with its mighty tides, strong winds, shifting sandbanks, ships, ferries, hovercrafts.
“So you want to go somewhere stressful to sail?” my friend asked.
It will be fun, I reasoned.

I didn’t turn back.
I kept going west, to Land’s End, Cornwall, then south.
I am writing from a desolate anchorage in Greece.
I quit my job and ran off to live at sea.
This morning, I was underwater, scraping barnacles from my hull, a school of curious sea bream following me.
It is not everyone’s idea of fun, but it is more than I ever thought possible.