And all who sail in … it? The language row over 'female' ships 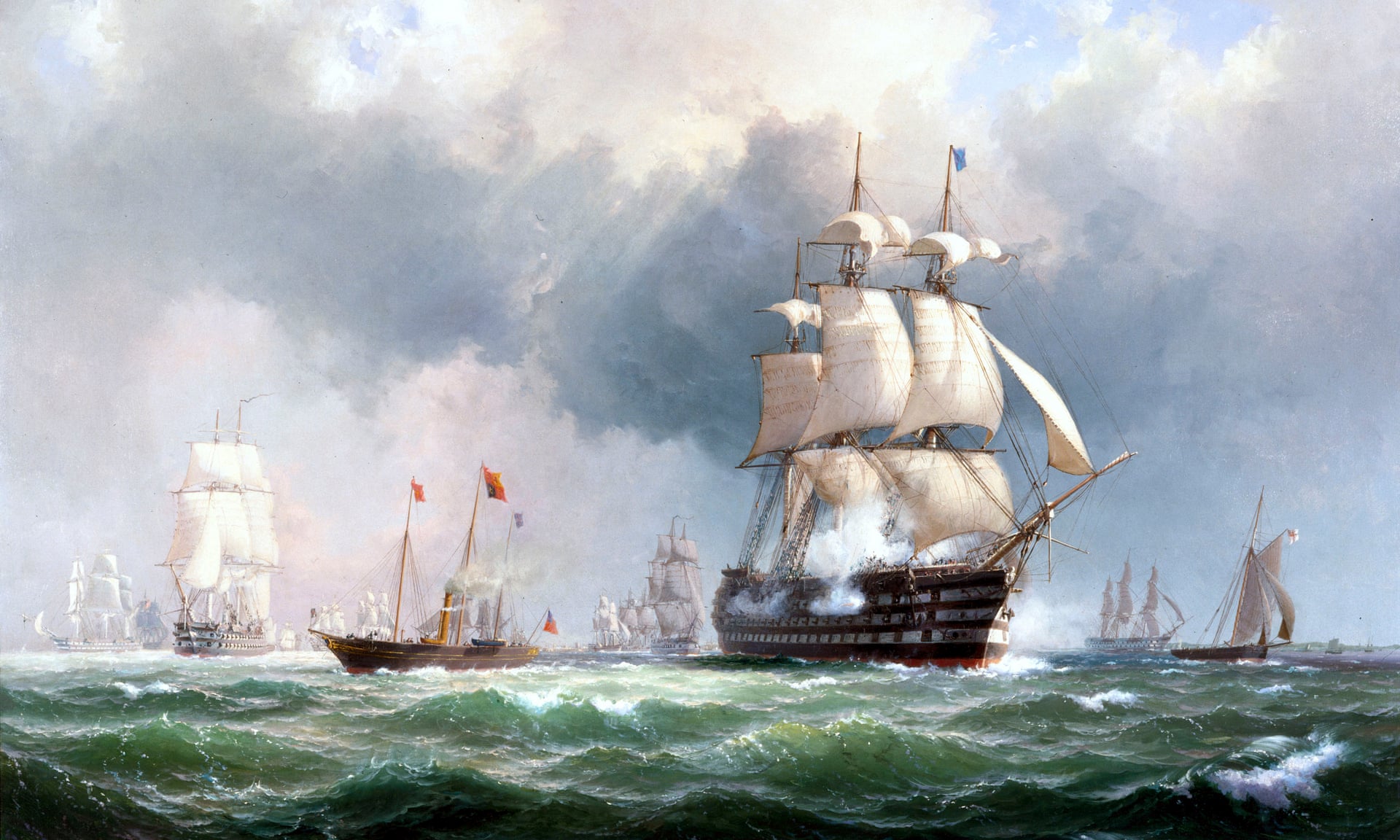 The Royal Navy says it has no plans to change its tradition of referring to its ships as ‘she’.
Photograph: SSPL/Getty

From The Guardian by Carline Davies

The Royal Navy is committed to the tradition, but academics say it could betray a patriarchal view

Anachronistic and patronising, or benign nautical tradition? The appropriateness of referring to ships as “she” has been challenged by the Scottish Maritime Museum’s decision this week to adopt gender-neutral signage for its vessels.

The move has provoked debate over when, if ever, it is acceptable to use the feminine pronoun for inanimate things.

Ask a grown-up: why are boats called she?

It’s not just ships.
Cars are often personified as female.
How many male owners enjoy “taking her for a spin?” One well-known haulage company, Eddie Stobart, gives its trucks female names.

Planets, forces and countries, rendered as Mother Earth, Mother Nature, and the Motherland, are symbols of the life-giving, and life-sustaining.
We no longer have feminised weather systems, but from the 1950s violent destructive hurricanes bore only female names until campaigners forced meteorologists to alternate with male names in the 1970s.

Ella Tennant, from Keele University’s Language Centre, said referring to ships as “she” is an example of how language shapes the way we see the world.
There is “power and authority” in labelling, she says, and once that label is attached, “we have our own assumptions and preconceptions of what it is when we see that object”.
Advertisement

From a feminist language perspective, she adds, labelling ships, countries, and other inanimate things as female could be interpreted as “perpetuating the patriarchal view”, and as “slightly derogatory and patronising”.

Unlike some languages, English is not gendered.
But, Tennant argues, gender is often arbitrarily used, and cognitive research suggests that language and the way people use it has a profound influence on the way we see the world.

Some argue it is merely an expression affection by sailors who see their vessel as a maternal protector.
These include the retired naval chief Admiral Lord West who, on Radio 4’s Today programme, denounced the move as “an insult to a generation of sailors” who merely saw their ship as a mother.

Another theory lies in the idea of goddesses and mother figures playing a protective role.
Whatever the origin, it has a long tradition: the earliest known example appears to date from 1375, according to the Oxford English Dictionary.

Otto Jespersen, a Danish linguist described as a foremost authority on English grammar, argues “he” or “she” may be may be used “in order to show a certain kind of sympathy with or affection for the thing, which is thereby, as it were, raised above the inanimate sphere”.

Jespersen describes, in Essentials of English Grammar (1933), how “railway-men will speak of the locomotive or train, and the motor owners of their car, as she”. 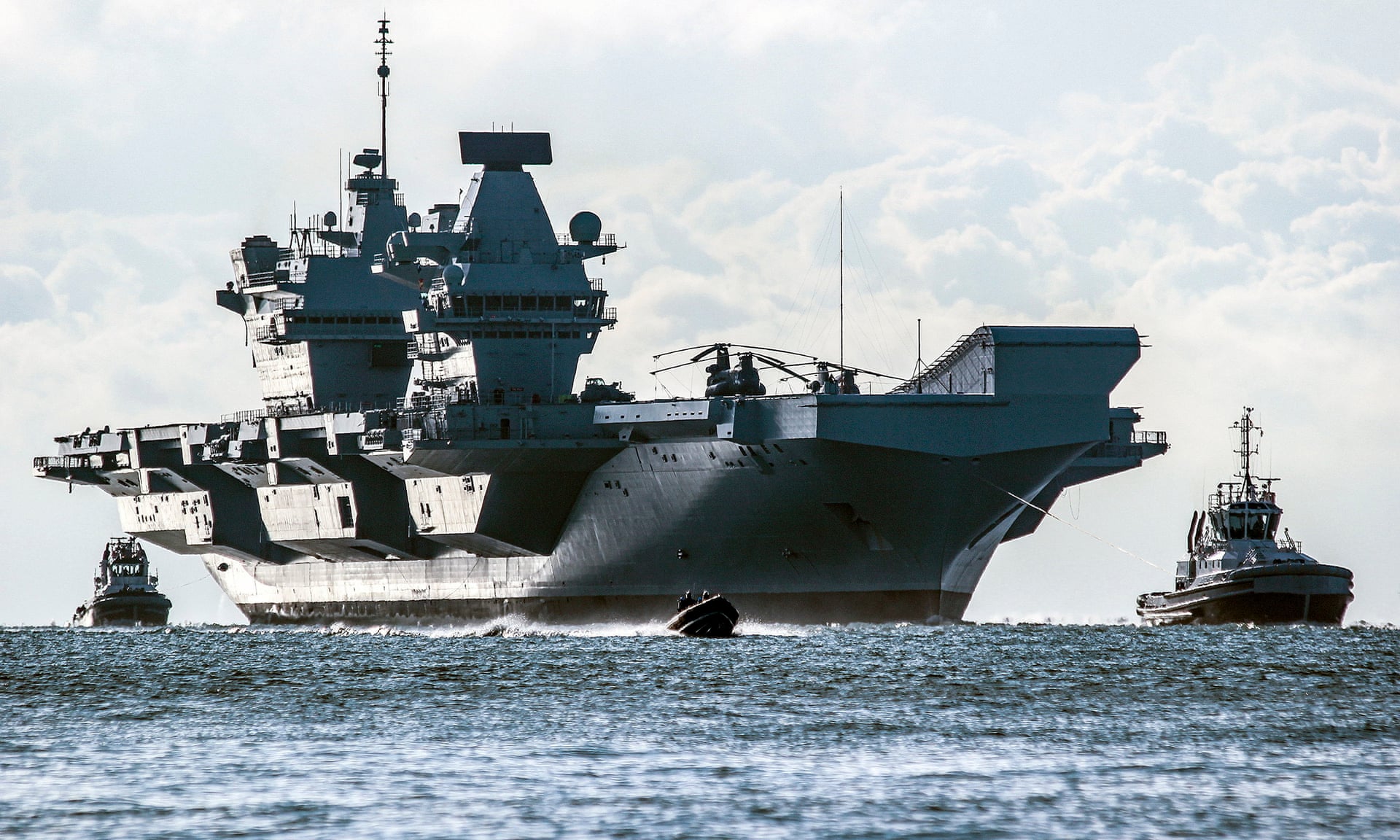 David Mann, director of the Scottish Maritime Museum, said the decision to drop “she” for “it” was taken after two signs were vandalised.
“The debate around gender and ships is wide-ranging, pitting tradition against the modern world.
But I think that we have to move with the times,” he said.

Lloyds List, the 285-year-old daily maritime bible, abandoned “she” for “it” almost 20 years ago.
Richard Meade, its editor, said the decision was made to bring the paper “in line with most other reputable international business titles and referring to ships as she seemed anachronistic”.

“I get the maritime tradition.
In the days of a wooden ship, or an old steam liner, there was a certain amount of romanticism, and these ships had personality.
But the modern-day container carrier is about 400 metres long and carries 22,000 steel boxes on board, and I challenge anybody to look at the rusting hulk of one of those and assign a gender to it,” he said.

A Royal Navy spokesman said: “The navy has a long tradition of referring to its ships as ‘she’ and will continue to do so.”

The debate has found little sway with the royal family, it seems.
Princess Anne, naming a new Hull-based fishing trawler this week, smashed the traditional bottle of champagne against it as she said: “I name this ship Kirkella.
And may God bless her and all who sail in her.”

Lissy Lovett, editor of the online feminist magazine, The F-Word, said: “At a time when transphobic rhetoric is being repeated in mainstream newspapers …people in Northern Ireland still don’t have access to safe, free abortions and when the majority of people living in poverty around the world are women, I just can’t see this as that big a deal.”

The Women’s Equality party said a particular concern was the failure to recognise the achievements of women in the naming of buildings.

“A recent example is the scandal regarding the naming of a cultural and learning hub in Tunbridge Wells.
Instead of respectfully naming the hub ‘Amelia Scott’ in remembrance of the brilliant Amelia Scott, who was a social reformer and campaigner for women’s suffrage, the building was simply named ‘Amelia’.

“You wouldn’t name a building ‘Karl’ after Karl Marx, or ‘Winston’ after Winston Churchill.
So why omit ‘Scott’ from Amelia Scott if not to undermine her significance instead of celebrating it?”