Scientists are learning just how fast the ice margin of Antarctica can retreat in a warming world.

They've identified features on the seafloor that indicate the ice edge was reversing at rates of up to 50m a day at the end of the last ice age.
That's roughly 10 times faster than what's observed by satellites today.

The discovery is important because it puts realistic constraints on the computer simulations that are used to project future change in the region.
"In numerical models, you play with the parameters - and they can do very strange things," said Prof Julian Dowdeswell.
"But what these data are saying is that actually rates considerably higher than we get even in the satellite record today were possible in the not-far-distant geological past."

The director of the Scott Polar Research Institute (SPRI) in Cambridge, UK, led an expedition last year to the Larsen region of the Antarctic Peninsula.
His team deployed autonomous underwater vehicles (AUVs) with high-resolution mapping capability to examine the sediments at the bottom of the western Weddell Sea.

What the robots saw was a delicate pattern of ridges that looked like a series of ladders where each rung was about 1.5m high and spaced roughly 20-25m apart.
The scientists interpret these ridges to be features that are generated at the ice grounding zone.
This zone is the point where the ice flowing off Antarctica into the ocean becomes buoyant and starts to float.
The rungs are created as the ice at this location repeatedly pats the sediments as the tides rise and fall. 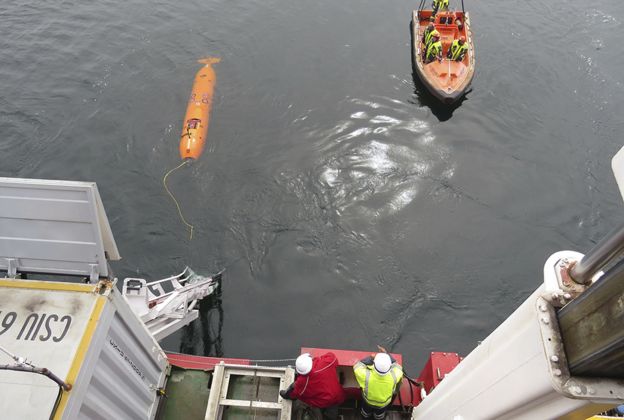 For the pattern to have been produced and preserved, the ice must have been in retreat (advancing ice would destroy the ridges).
And the tidal "clock" therefore gives a rate for this reversal.

Prof Dowdeswell explained: "We have a maximum of 90 of these rungs with a spacing of 20-25m - that gives us, if extrapolated, a rate of 40-50m per day.
Again, if extrapolated - that's a rate in excess of 10km per year of retreat.
And the really interesting thing about that is it's a rate that's pretty much an order of magnitude higher than even the most rapid retreat of the grounding lines in the Pine Island-Thwaites system today."

Pine Island and Thwaites glaciers are two of Antarctica's fastest-changing ice bodies whose ice margins are being melted by warm ocean water getting underneath them.

The ridges seen by the AUVs are some 40km from the cliffs that front the ice edge in the Larsen sector today.
The marks are considered to be around 12,000 years old.
Back then, the ice sheet would have been far more extensive than it is today, but like today would have been experiencing rapid change as the global climate emerged from the deepest of freezes. 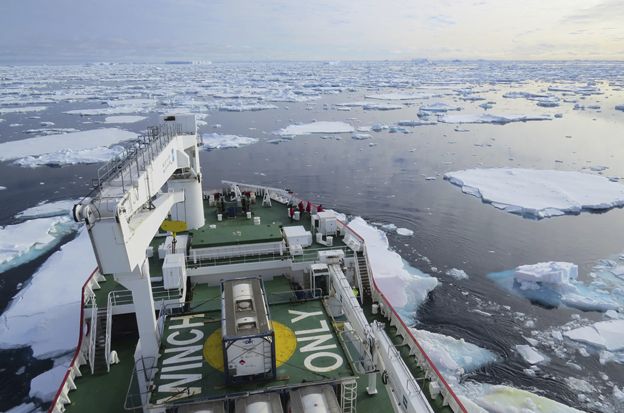 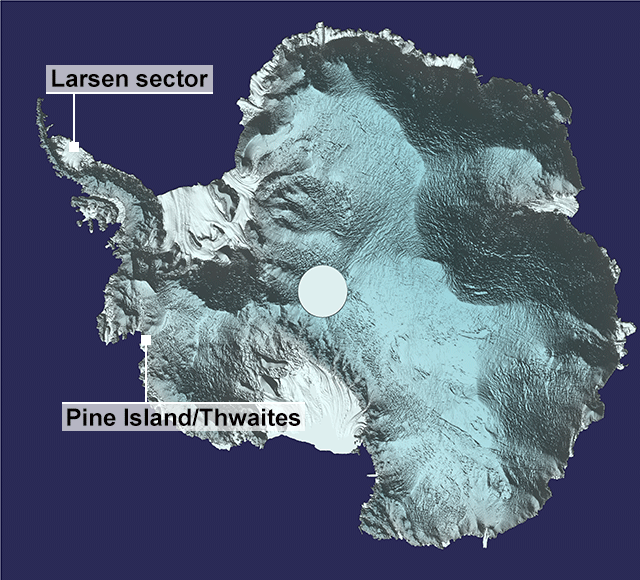 Dr Alistair Graham from the University of South Florida, US, works with AUV data.
He was not involved in this research.
He said he found the interpretation compelling but that there would likely be some scepticism in the community that the rungs really did form daily with the tides.
"The data in the paper are absolutely stunning," he told BBC News.
"The ability to map at a sub-metre resolution from an AUV really lifts a veil on the seafloor structure and composition.
We have been able to get snapshots of these sorts of images before, by sending an AUV under Pine Island Glacier, for example, but these imagery from the Dowdeswell team are the best yet from anywhere around Antarctica.

"What this paper also emphasises to me is that there are still big lessons to learn from looking at the past history of ice sheets at the poles.
For somewhere like Thwaites Glacier, where we are desperate to understand its future trajectory, understanding what it did in the centuries and millennia leading up to the observations we are making today will be a critical part of determining how much ice is lost and how fast going forwards.
"We do have similar high-resolution imagery from an AUV deployed at Thwaites Glacier last year that we are currently working on, and which will hopefully tackle some of these pressing questions."

The new research is published in the journal Science.
The Weddell Sea Expedition 2019 was an international effort led from the SPRI and funded in part by the Flotilla Foundation and Marine Archaeology Consultants Switzerland.

The AUVs were operated by the US-UK Ocean Infinity company.