Once migrants on Mediterranean were saved by naval patrols. Now they have to watch as drones fly over

An aerial surveillance video provided by Frontex showing an attempted migrant crossing in the middle of the Mediterranean in June.
Frontex also uses drones to monitor migrants in the Mediterranean, which allows the European Union not to use a surveillance boat and therefore not to be subject to maritime law and to have to save them Frontex aircraft detected a suspicious fishing trawler towing a smaller boat.
The boat was empty, but something caught the attention of the agency’s experts.
Frontex kept observing the boat for several hours, and all of a sudden people started to emerge from below the deck.
A people smuggler jumped on the smaller boat encouraging a group of migrants to follow him.
When all 81 migrants boarded the smaller boat, the mother ship was detached and started sailing south while the small boat started going towards the Italian island of Lampedusa.
This was a clear example of a “mother boat” used by criminals to carry a large group of migrants across the sea towards their destination before unloading them onto a smaller boat.
A Frontex plane and drone kept observing the fishing trawler and the boat with migrants over several hours, alerting Italian and Maltese authorities, as well as EUNAVFOR Med.
The Italian National Coordination Centre initiated a complex operation that involved Italian Guardia di Finanza and Guardia Costiera.
They caught up with the bigger vessel and arrested the suspected people smugglers.
The Italian authorities arrested seven suspected smugglers and seized the fishing trawler.
Most of the migrants came from Bangladesh, Morocco and Libya.
Most of them were not wearing life vests when they were left in the middle of the sea by the people smugglers.


From The Guardian by Daniel Howden, Apostolis Fotiadis and Antony Loewenstein

Amid the panicked shouting from the water and the smell of petrol from the sinking dinghy, the noise of an approaching engine briefly raises hope.
Dozens of people fighting for their lives in the Mediterranean use their remaining energy to wave frantically for help.
Nearly 2,000 miles away in the Polish capital, Warsaw, a drone operator watches their final moments via a live transmission.
There is no ship to answer the SOS, just an unmanned aerial vehicle operated by the European border and coast guard agency, Frontex.

This is not a scene from some nightmarish future on Europe’s maritime borders but a present-day probability.
Frontex, which is based in Warsaw, is part of a £95m investment by the EU in unmanned aerial vehicles, the Observer has learned.

This spending has come as the EU pulls back its naval missions in the Mediterranean and harasses almost all search-and-rescue charity boats out of the water.
Frontex’s surveillance drones are flying over waters off Libya where not a single rescue has been carried out by the main EU naval mission since last August, in what is the deadliest stretch of water in the world.


An Israeli military tech manufacturer believes they have found a solution which could help governments fight domestic terrorism, tackle illegal immigration, and rescue migrants from capsized vessels at sea.…

The replacement of naval vessels, which can conduct rescues, with drones, which cannot, is being condemned as a cynical abrogation of any European role in saving lives.

“There is no obligation for drones to be equipped with life-saving appliances and to conduct rescue operations,” said a German Green party MEP, Erik Marquardt.
“You need ships for that, and ships are exactly what there is a lack of at the moment.”
This year the death rate for people attempting the Mediterranean crossing has risen from a historical average of 2% to as high as 14% last month.
In total, 567 of the estimated 8,362 people who have attempted it so far this year have died.

Gabriele Iacovino, director of one of Italy’s leading thinktanks, the Centre for International Studies, said the move into drones was “a way to spend money without having the responsibility to save lives”.
Aerial surveillance without ships in the water amounted to a “naval mission without a naval force”, and was about avoiding embarrassing political rows in Europe over what to do with rescued migrants. 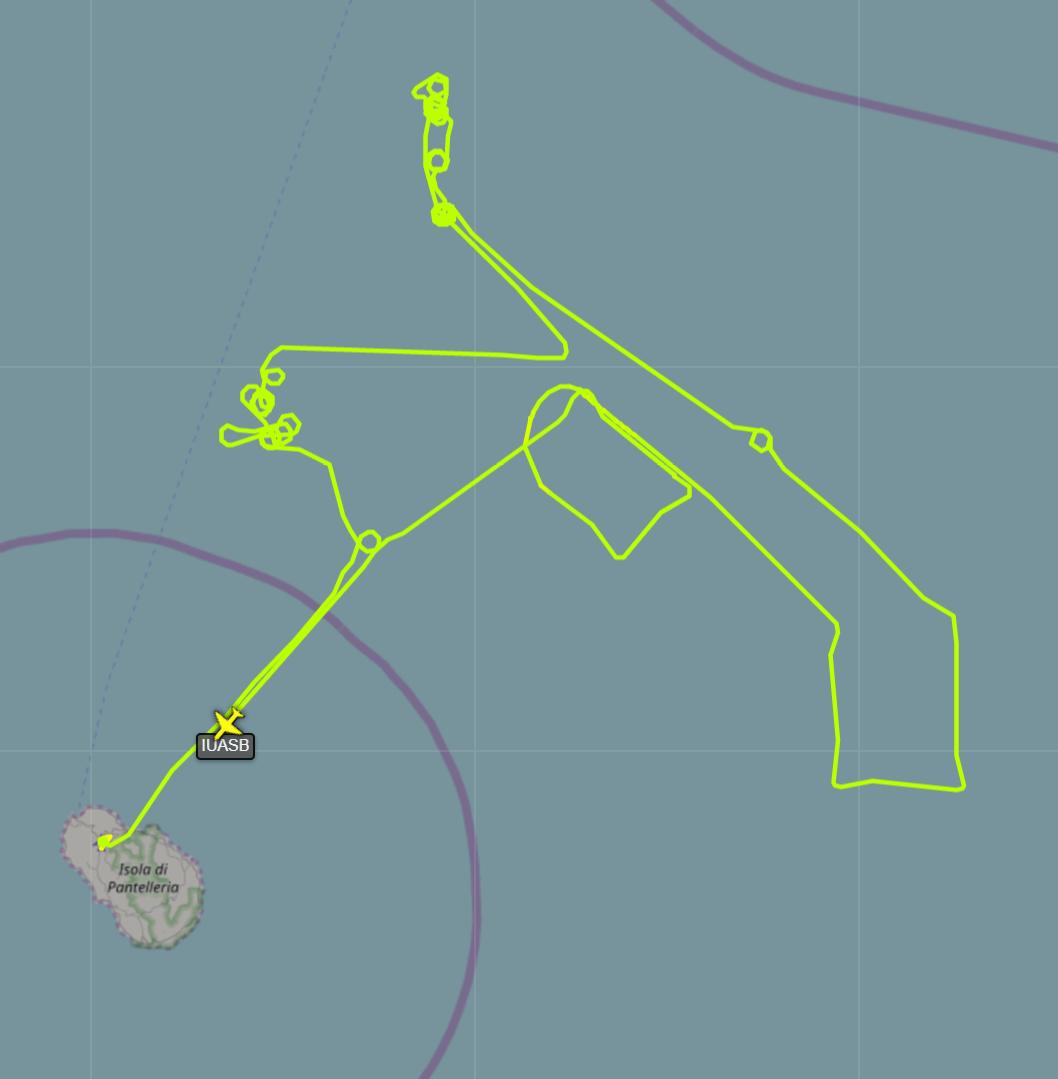 Since March the EU’s main naval mission in the area, Operation Sophia, has withdrawn its ships from waters where the majority of migrant boats have sunk.
While Sophia was not primarily a search-and-rescue mission, it was obliged under international and EU law to assist vessels in distress.
The switch to drones is part of an apparent effort to monitor the Mediterranean without being pulled into rescue missions that deliver migrants to European shores.

Marta Foresti, director of the Human Mobility Initiative at the Overseas Development Institute, an influential UK thinktank, said Europe had replaced migration policy with panic, with potentially lethal consequences.
“We panicked in 2015 and that panic has turned into security budgets,” she said.
“Frontex’s budget has doubled with very little oversight or design. It’s a knee-jerk reaction.” 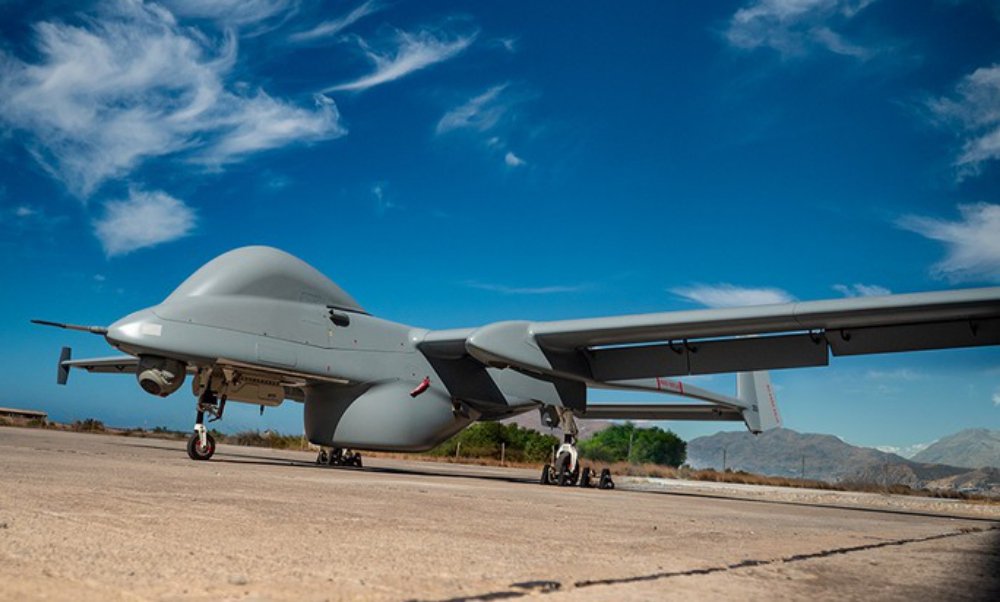 The strategy has seen Frontex, based in Warsaw, and its sister agency, the European Maritime Safety Agency, based in Lisbon, invest in pilotless aerial vehicles.
The Observer has found three contracts – two under EMSA and one under Frontex – totalling £95m for drones that can supply intelligence to Frontex.

The models include the Hermes, made by Elbit Systems, Israel’s biggest privately owned arms manufacturer, and the Heron, produced by Israel Aerospace Industries, a state-owned company.
Both models were developed for use in combat missions in the occupied Palestinian territory of Gaza.
Frontex said its drone suppliers met all “EU procurement rules and guidelines”. 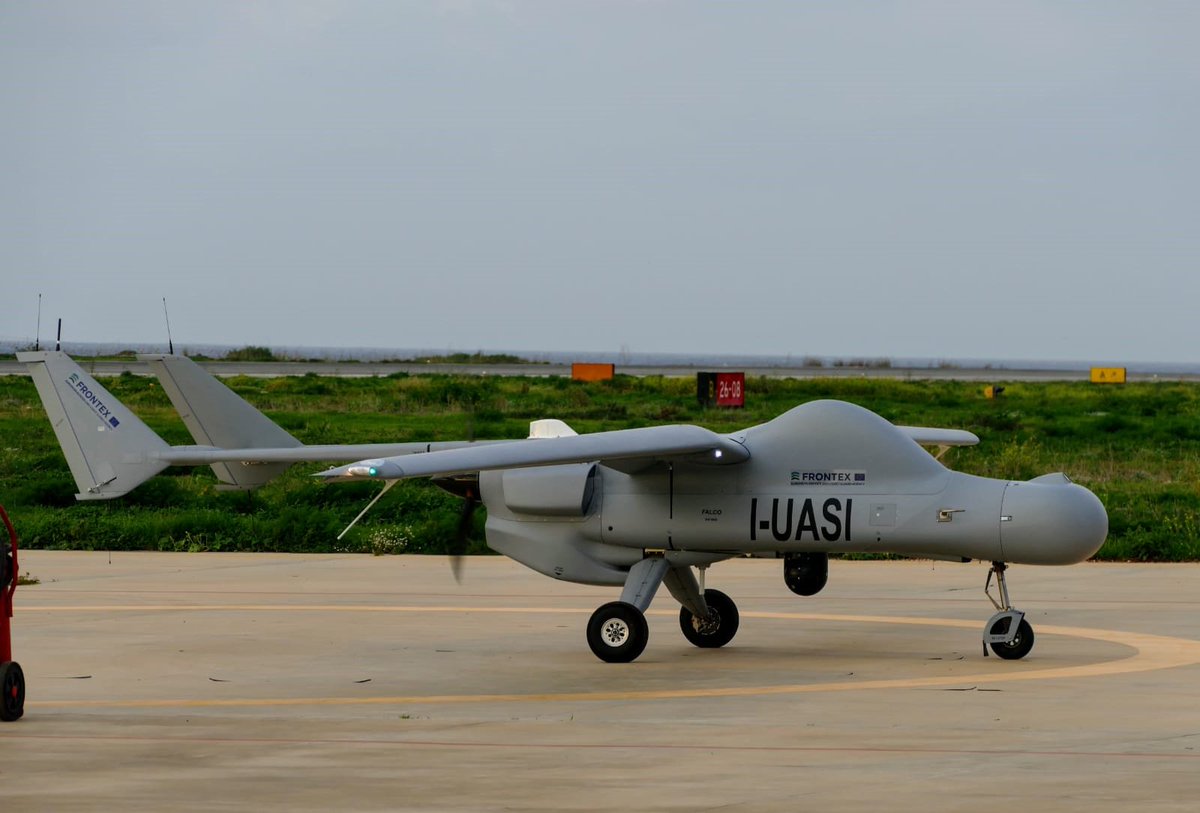 
There is mounting concern both over how Frontex is spending EU taxpayers’ money and how it can be held accountable.
The migration panic roiling Europe’s politics has been a boon for a once unfashionable EU outpost that coordinated national coastal and border guards.
Ten years ago Frontex’s budget was £79m.
In the latest budget cycle it has been awarded £10.4bn.

Demand from member states for its services have largely been driven by its role in coordinating and carrying out deportations.
The expansion of the deportation machine has caused concern among institutions tasked with monitoring the forced returns missions: a group of national ombudsmen, independent watchdogs appointed in all EU member states to safeguard human rights, has announced plans to begin its own independent monitoring group.
The move follows frustration with the way their reports on past missions have been handled by Frontex.

Andreas Pottakis, Greece’s ombudsman, is among those calling for an end to the agency policing itself: “Internal monitoring of Frontex by Frontex cannot substitute for the need for external monitoring by independent bodies.
This is the only way the demand for transparency can be met and that the EU administration can effectively be held into account.”

Acting to extradite helpless civilians to the hands of Libyan militias may amount to criminal liability Omer Shatz, lawyer

The Frontex Consultative Forum, a body offering strategic advice to Frontex’s management board on how the agency can improve respect for fundamental rights, has also severely criticised it for a sloppy approach to accountability.
An online archive of all Frontex operations, which was used by independent researchers, was recently removed.

The switch to drones in the Mediterranean has also led to Frontex being accused of feeding intelligence on the position of migrant boats to Libya’s coast guards so they can intercept and return them to Libya.
Although it receives EU funds, the Libyan coast guard remains a loosely defined outfit that often overlaps with smuggling gangs and detention centre owners.

“The Libyan coast guard never patrols the sea,” said Tamino Böhm of the German rescue charity Sea-Watch.
“They never leave port unless there is a boat to head to for a pullback.
This means the information they have comes from the surveillance flights of Italy, Frontex and the EU.”

The EU is already accused of crimes against humanity in a submission before the International Criminal Court for “orchestrating a policy of forced transfer to concentration camp-like detention facilities [in Libya] where atrocious crimes are committed”.

The case, brought by lawyers based in Paris, seeks to demonstrate that many of the people intercepted have faced human rights abuses ranging from slavery to torture and murder after being returned to Libya.

Omer Shatz, an Israeli who teaches at Sciences Po university in Paris, and one of the two lawyers who brought the ICC case, said Frontex drone operators could be criminally liable for aiding pullbacks.
“A drone operator that is aware of a migrant boat in distress is obliged to secure fundamental rights to life, body integrity, liberty and dignity.
This means she has to take actions intended to search, rescue and disembark those rescued at safe port.
Acting to extradite helpless vulnerable civilians to the hands of Libyan militias may amount to criminal liability.”

Under international law, migrants rescued at sea by European vessels cannot be returned to Libya, where conflict and human rights abuses mean the UN has stated there is no safe port.
Under the UN convention on the law of the sea (Unclos) all ships are obliged to report an encounter with a vessel in distress and offer assistance.
This is partly why EU naval missions that were not mandated to conduct rescue missions found themselves pitched into them regardless.


A Heron drone, one of the types operated by Frontex: they can monitor, but not rescue, migrants.
IAI's Heron features multiple hard points for various payloads (fuel tanks, Sigint, radar and more)

Drones, however, operate in a legal grey zone not covered by Unclos.
The situation for private contractors to EU agencies, as in some of the current drone operations, is even less clear.

Frontex told the Observer that all drone operators, staff or private contractors are subject to EU laws that mandate the protection of human life.
The agency said it was unable to share a copy of the mission instructions given to drone operators that would tell them what to do in the event of encountering a boat in distress, asking the Observer to submit a freedom of information request.
The agency said drones had encountered boats in distress on only four occasions – all in June this year – in the central Mediterranean, and that none had led to a “serious incident report” – Frontex jargon for a red flag.
When EU naval vessels were deployed in similar areas in previous years, multiple serious incidents were reported every month, according to documents seen by the Observer.

Reporting for this article was supported by the Returns Network, an investigative unit collaborating with ARD Report München, De Correspondent, EfSyn and the Observer

• This article was amended on 4 August 2019 to clarify that Frontex is part of a £95m investment by the EU in unmanned aerial vehicles.