This is how China can be a friend to ocean conservation

An industrial revolution is beginning in the oceans.
Historically, the most valuable commodities drawn from the sea were products like cod, pearls, and sponges.
The currencies of this new ocean economy are different: kilowatts of energy, shipping containers, metals, data, desalinated water, DNA, and oil, to name a few.
The marine industrial economy has been valued at $1.5 trillion and is predicted to grow at double the rate of the rest of the global economy by 2030.

A sometimes unappreciated aspect of this recent explosive industrial marine growth is that its distribution is highly uneven.
In fact, many key facets of the new ocean economy have been dominated by one nation: China. 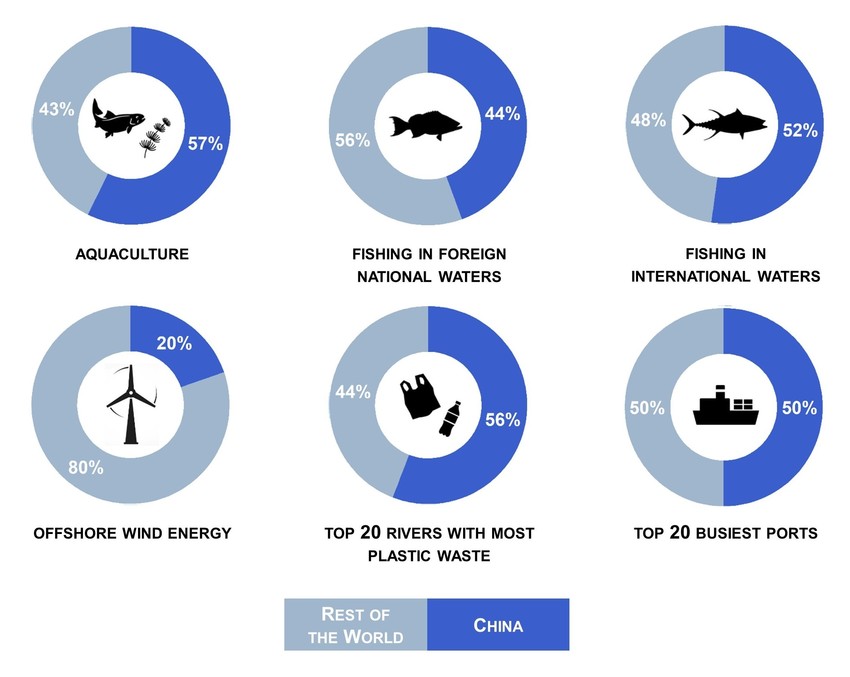 Image: Benioff Ocean Initiative, with data from FAO, Our World in Data, and The World Bank

China is also the world’s biggest ocean farmer – an observation of significance in a world where fish farming now feeds more people than fishing.
It is a leader in global ocean commerce with over half of the world’s busiest ports located within China.

It is also actively building power plants in the sea.
China accounts for 20% of total global offshore wind installations.
China has emerged at the forefront of ocean mining.
It has sponsored the largest of all seabed mining exploration claim areas awarded by the International Seabed Authority to single-state sponsored mining companies for a total of up 163,000 km2 – an area about four times the size of Switzerland.

China's role in the marine industrial revolution looks likely to be buoyed further by increased investments associated with the 21st Century Maritime Silk Road and direct commitments in China’s current five-year plan to expand its “blue economy.” This includes the construction of new ports at home and abroad, scaling up desalination infrastructure, and making new investments in deep-sea exploration. 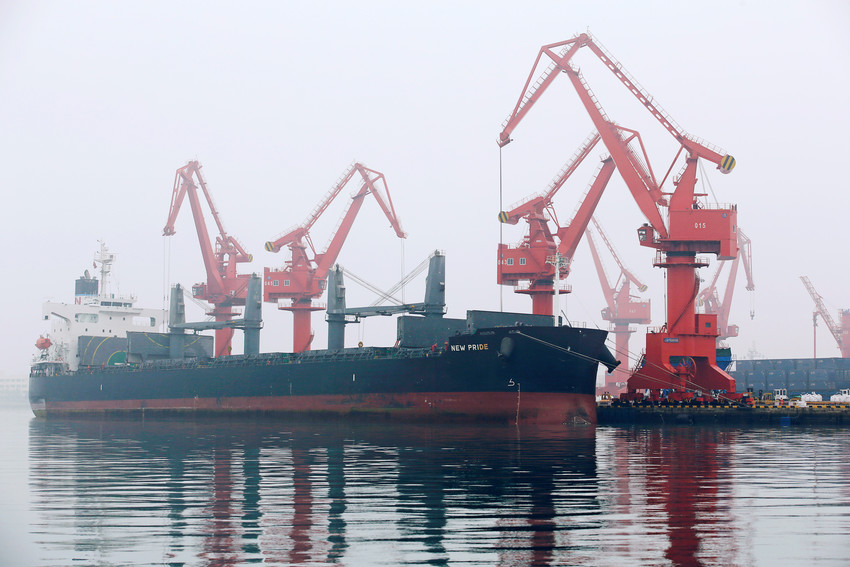 Some of China’s recent global maritime growth has come with growing pains both for China and its global ocean neighbors.
China, for example, not only leads the world in fishing, aquaculture, and shipping – it also leads the world in production of marine plastic pollution: nearly a third of the total global mismanaged plastic waste available to enter the oceans comes via China.

This issue, however, is complex: China’s comparatively high plastic pollution leakage is shaped by both the nation’s large population and economic growth, and its historic practice of importing much of the rest of the world’s recyclables (a practice the nation scaled back significantly in 2018).

China’s leadership in the global oceans of today creates a defined opportunity and great imperative for China to also lead efforts to shape the ocean of tomorrow.

There is much opportunity for China to step up.
In 2017, The United Nations Ocean Conference gave governments the opportunity to register Voluntary Commitments to support the UN’s ocean-related Sustainable Development Goals.

While the Dominican Republic, a small island nation with a GDP of approximately $76 billion , made 43 such commitments for the ocean, China, with a GDP of over $12 trillion, made only five.
In a similar vein, the island state of Palau has protected 81% of its national waters while China has officially protected 5.4% of its marine waters and has placed less than 0.01% of these zones under strong protection.

Charting the course ahead

China’s record on ocean leadership stands in sharp contrast to contributions it has recently made to protect and promote other global environmental commons.
Perhaps most notable is China’s recent ascendancy from zero to hero on the global climate change agenda.

There are many ways that China could step up its leadership on oceans.
For example, China could more directly lead the Asia-Pacific region in the development of national and international policies for promoting sustainable fisheries and stopping illegal fishing.

Beyond leadership on fishing and ocean farming, we also need more research that can help intelligently zone out ocean economic growth, rapid reductions of shipping emissions and marine pollution, and more ocean parks to protect ocean ecosystems that are becoming more stressed by climate change.

Creating a more ocean-friendly marine industrial revolution will require intergovernmental coordination, alignment of research agendas, and acceleration of smarter marine technologies.
China can’t do this alone but it can do a great deal to catalyze and accelerate the global momentum that is needed.

Positive steps have been made.
Over the past few years, China has penalized several of its distant water fishing vessels for violating international regulations and fishing illegally in the exclusive economic zones of other countries.
Licenses were revoked and fuel subsidies were cancelled for hundreds of these illegal operations.

More such leadership would be good for the oceans and good for China.
Efforts by China to more sustainably manage the 1.3 million km2 of national waters that it controls and the vast sections of other ocean in which it has influence would help to sustain the long-term flow of food and income from the ocean into the country, while strengthening regional stability and reducing the conflict that many experts forecast may arise from squabbling over an emptier ocean.

Indeed, the grand challenge for the marine industrial revolution will be figuring out how to take more from the ocean while harming it less.
There is much work to be done, and fast.

China is at the helm when it comes to shaping how the new ocean economy develops and what a marine industrial revolution will mean for global ocean health.
The question remains: where will China steer?