Offshore worker, James Eaton, recorded video from the Lomond Platform
The Borgholm Dolphin installation is located 145 miles east of Aberdeen
Waves were the result of a severe storm over the North Sea on January 10
From DailyMail
It's enough to make you seasick.
As huge waves crashed against a swaying oil rig, one nearby worker managed to catch the entire harrowing ordeal on camera.
The Borgholm Dolphin installation was filmed amidst the massive swells that were a result of this severe storm.
The oil rig is stationed in the North Sea, about 145 miles east of Aberdeen. 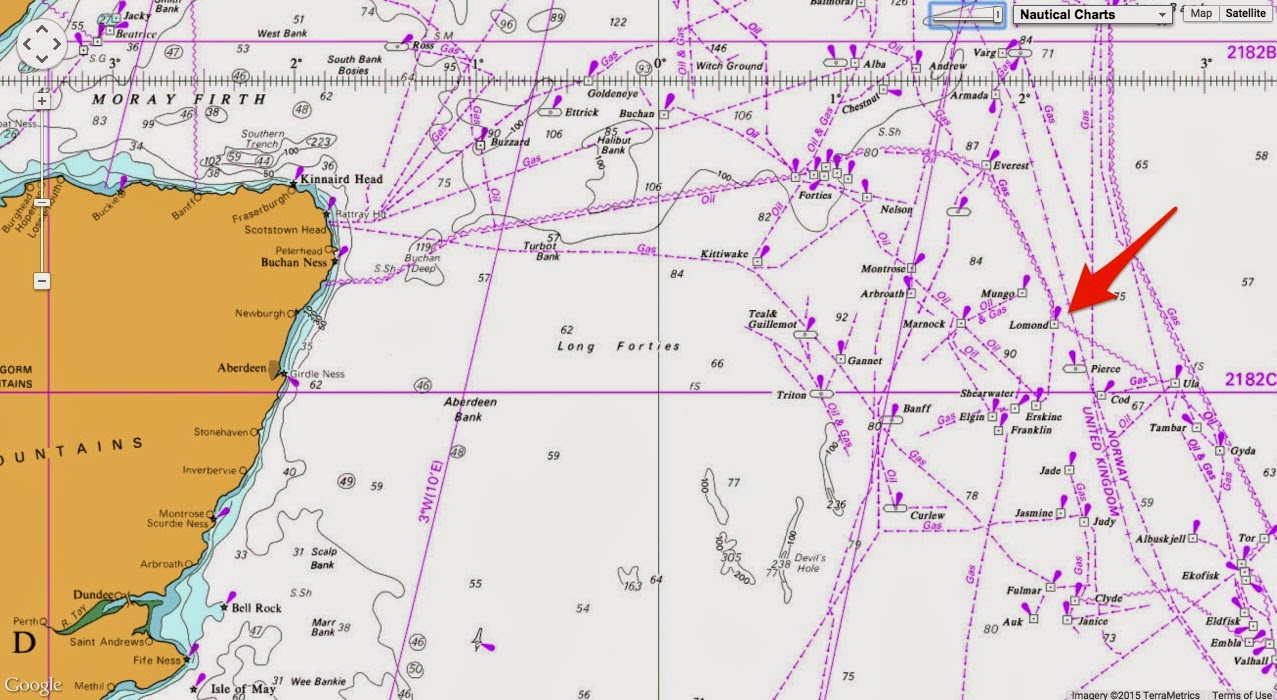 Lomond platform with the Marine GeoGarage

Filmed by James Eaton, an offshore worker on the nearby Lomond Platform, the storm began on January 10, but had been known about for some time.
'The barge pulled off of the [The Borgholm Dolphin] due to upcoming weather on January 9,' James told MailOnline in an email.
'But one of our colleagues had to move over there.
'He is usually a bit delicate so we paid extra attention to the storm and how it would affect him.'

The weather system was so strong that power was cut to approximately 140,000 properties in Northern Scotland at its worst.
'The storm lasted about two days with big seas,' the 48-year-old Control Room Technician, who has worked offshore for nine years, explained.
'It hasn't really left yet, but there were no injuries.
'We get a lot of storms this time of year, but never really have a vessel or a flotel near us to see how bad it is, so it's a bit unusual.'

Built in 1975, the Borgholm Dolphin is a platform that measures 108m × 61m.
A massive structure, it weighs almost 15,000 gross tonnes and is part of the larger Dolphin Drilling fleet, which also includes rigs off the coast of Norway.
Posted by geogarage at 1:10 AM