The Arctic Ocean has been warming since the onset of the 20th century, decades earlier than instrument observations would suggest, according to new research.
The study, published Wednesday in the journal Science Advances, found that the expansion of warm Atlantic Ocean water flowing into the Arctic, a phenomenon known as "Atlantification," has caused Arctic water temperature in the region studied to increase by around 2 degrees Celsius since 1900. 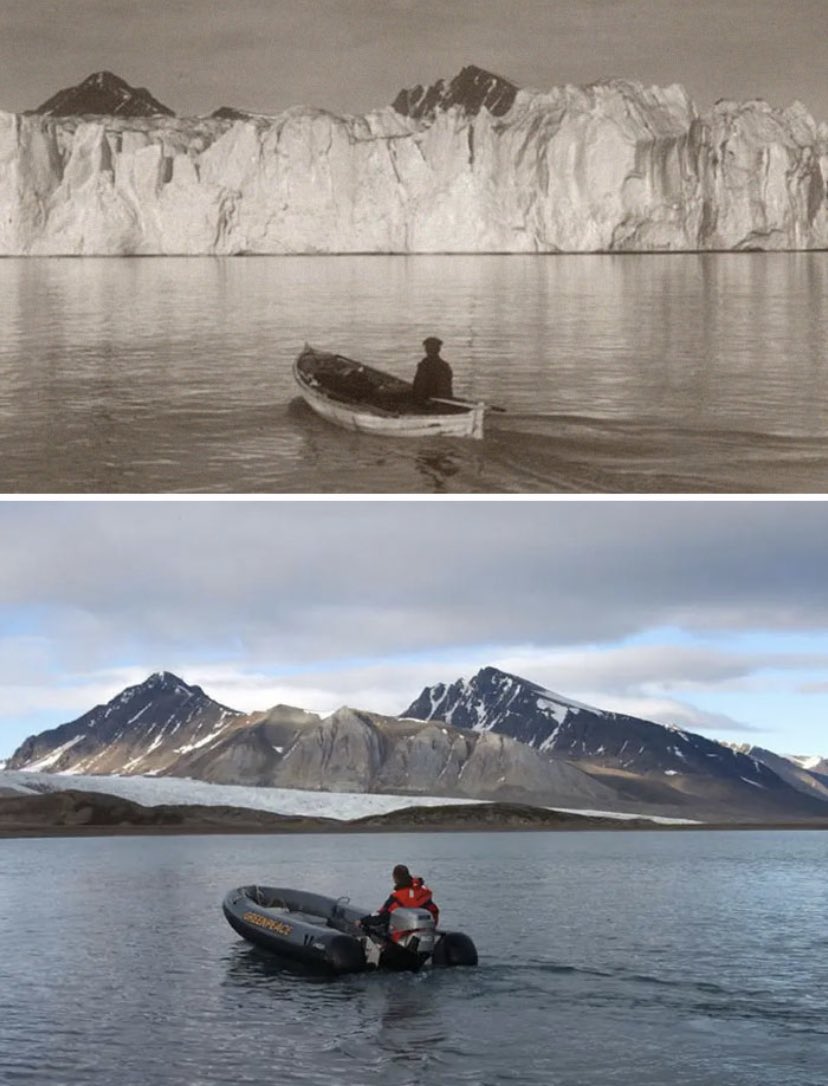 Francesco Muschitiello, an author on the study and assistant professor of geography at the University of Cambridge, said the findings were worrisome because the early warming suggests there might be a flaw in the models scientists use to predict how the climate will change.

"The Arctic Ocean has been warming up for much longer than we previously thought," Muschitiello told CNN.
"And this is something that's a bit unsettling for many reasons, especially because the climate models that we use to cast projections of future climate change do not really simulate these type of changes."
The researchers used marine sediments in the Fram Straight, where the Atlantic meets the Arctic east of Greenland, to reconstruct 800 years of data that paint a longer historical picture of how Atlantic water has flowed into the Arctic.
The marine sediments are "natural archives," the researchers wrote, which record data on past climate conditions.
Researchers found temperature and salinity, the saltiness of ocean water, remained fairly constant up until the 20th century -- then they suddenly increased.

"The reconstructions suggest a substantial increase in the Atlantic Ocean heat and salt transport into the Nordic Sea at the beginning of the 20th century, which is not well simulated by (climate models)," Rong Zhang, a senior scientist at NOAA's Geophysical Fluid Dynamics Laboratory, who was not involved with the study, told CNN.
"It's important to understand the cause of this rapid Atlantification, as well as the discrepancies between the model simulations and the reconstructions."

Muschitiello said it's not clear how much of a role, if any, human-caused climate change played in the early Arctic warming, and more research is needed.

"We're talking about the early 1900s, and by then we've already been supercharging the atmosphere with carbon dioxide," he said.
"It is possible that the Arctic Ocean is more sensitive to greenhouse gases than previously thought.
This will require more research, of course, because we don't have a solid grip on the actual mechanisms behind this early Atlantification." Map of the study area.
(A) General surface and subsurface circulation in the North Atlantic and Fram Strait.
Red and blue dashed lines display waters of Atlantic and Arctic origin, respectively.
WSC, West Spitsbergen Current; EGC, East Greenland Current; ESC, East Spitsbergen Current.
The green line shows the SPG. The location of the multicore MC16-A is shown as filled white circle. White line shows the location of the transect across 78°N used to generate time series of hydrographic data
(B) Locations of archive in the Fram Strait.
Open red symbol shows the location of core NYA17-154 (this study).
Filled blue triangle shows the location of Lomonosovfonna ice core
. White-shaded area shows the spatial grid considered for the analysis of climate model output. Continuous lines display the position of the sea ice edge in April based on data acquired by commercial vessels

The study notes that changes in the Atlantic Meridional Overturning Circulation (AMOC) — a system of currents that moderates temperatures in the Northern Hemisphere — could have played a role in the Arctic warming.
Notably, the AMOC weakened after a period of cooling ended in the mid-1800s in the North Atlantic region, which researchers suggest could have led to rapid Atlantification along the east Fram Strait.
A recent study found that the AMOC, often described as a "conveyor belt" that transports warm water from the tropics and redistributes it northward, is now showing signs of further instability due to human-caused climate change.
Scientists have warned that a collapse of the circulation could lead to an abrupt shift in weather patterns across the globe — colder winters in Europe, changes to monsoons and potentially permanent drought in West Africa.
The rapidly warming temperatures in the Arctic have caused sea ice to melt, which in turn causes more warming -- while bright white sea ice reflects the sun's energy, dark ocean absorbs the energy as heat.

"Loss of sea ice and ocean currents has shifted the buffer region between the Atlantic and Arctic Ocean to something closer to an arm of the central Atlantic," Overland, who was not involved with the study, told CNN.
"Important fisheries and marine mammals are vulnerable to ecosystem reorganization from such Atlantification."
A recent UN state-of-the-science report on the climate crisis found the Arctic will continue to warm faster than the rest of the planet as long as humans continue to burn fossil fuels and release greenhouse gases into the atmosphere.
On top of that, Muschitiello said the Arctic Ocean may experience further warming due to Atlantification.
"When I talk to my students I always try to make them aware that the Arctic is warming very, very quickly, and much faster than any other area on the planet," Muschitiello said.
"It's very unsettling and very troubling, especially because we still don't have a full understanding of feedbacks at play."
"We're still slowly getting to know how the whole system works," he said.
"And my fear is that by the time that we do crack the problem, it's going to be too late."