How the seafloor of the Antarctic Ocean is changing ...and the climate is following suit 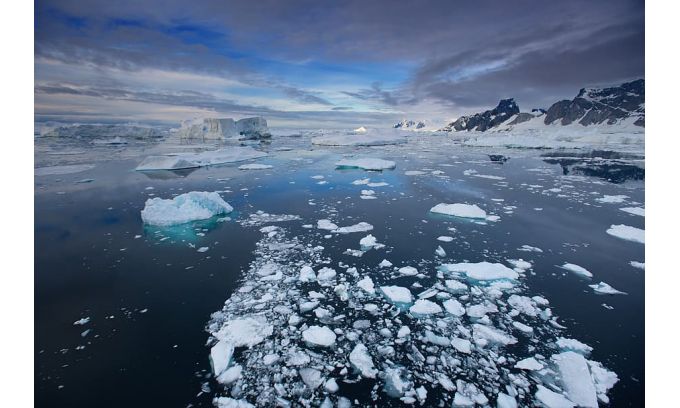 Experts have reconstructed the depth of the Southern Ocean at key phases in the last 34 million years of the Antarctic’s climate history.

The glacial history of the Antarctic is currently one of the most important topics in climate research.
Why? Because worsening climate change raises a key question: How did the ice masses of the southern continent react to changes between cold and warm phases in the past, and how will they do so in the future? A team of international experts, led by geophysicists from the Alfred Wegener Institute, Helmholtz Centre for Polar and Marine Research (AWI), has now shed new light on nine pivotal intervals in the climate history of the Antarctic, spread over 34 million years, by reconstructing the depth of the Southern Ocean in each one.
These new maps offer insights into the past courses of ocean currents, for example, and show that, in past warm phases, the large ice sheets of East Antarctica reacted to climate change in a similar way to how ice sheets in West Antarctica are doing so today.
The maps and the freely available article have just been released in the online journal Geochemistry, Geophysics, Geosystems, a publication of the American Geological Union.

The Southern Ocean is one of the most important pillars of the Earth’s climate system.
Its Antarctic Circumpolar Current, the most powerful current on the planet, links the Pacific, Atlantic and Indian Oceans, and has effectively isolated the Antarctic continent and its ice masses from the rest of the world for over 30 million years.
Then and now, ocean currents can only flow where the water is sufficiently deep and there are no obstacles such as land bridges, islands, underwater ridges and plateaus blocking their way.
Accordingly, anyone seeking to understand the climate history and glacial history of the Antarctic needs to know exactly what the depth and surface structures of the Southern Ocean’s floor looked like in the distant past.

Researchers around the globe can now find this information in new, high-resolution grid maps of the ocean floor and data-modelling approaches prepared by a team of international experts led by geoscientists from the AWI, which cover nine pivotal intervals in the climate history of the Antarctic.
“In the course of the Earth’s history, the geography of the Southern Ocean has constantly changed, as continental plates collided or drifted apart, ridges and seamounts formed, ice masses shoved deposited sediments across the continental shelves like bulldozers, and meltwater transported sediment from land to sea,” says AWI geophysicist and co-author Dr Karsten Gohl.
Each process changed the ocean’s depth and, in some cases, the currents.
The new grid maps clearly show how the surface structure of the ocean floor evolved over 34 million years – at a resolution of ca.
5 x 5 kilometres per pixel, making them 15 times more precise than previous models.Southern Ocean 2.65 million years ago – transition from the Pliocene to the Pleistocene. 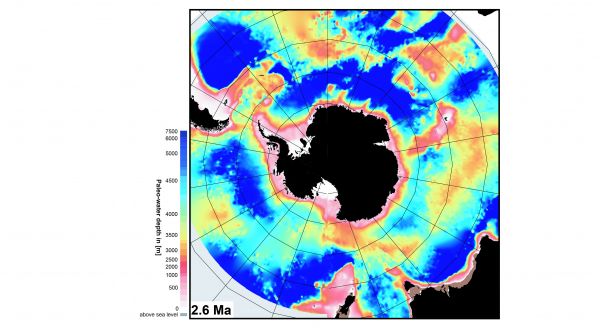 40 Years of Geoscientific Research in the Antarctic

In order to reconstruct the past water depths, the experts gathered geoscientific field data from 40 years of Antarctic research, which they then combined in a computer model of the Southern Ocean’s seafloor.
The basis consisted of seismic profiles gathered during over 150 geoscientific expeditions and which, when put end-to-end, cover half a million kilometres.
In seismic reflection, sound waves are emitted, penetrating the seafloor to a depth of several kilometres.
The reflected signal is used to produce an image of the stratified sediment layers below the surface – a bit like cutting a piece of cake, which reveals the individual layers.
The experts then compared the identified layers with sediment cores from the corresponding regions, which allowed them to determine the ages of most layers.
In a final step, they used a computer model to ‘turn back time’ and calculate which sediment deposits were already present in the Southern Ocean at specific intervals, and to what depths in the seafloor they extended in the respective epochs. 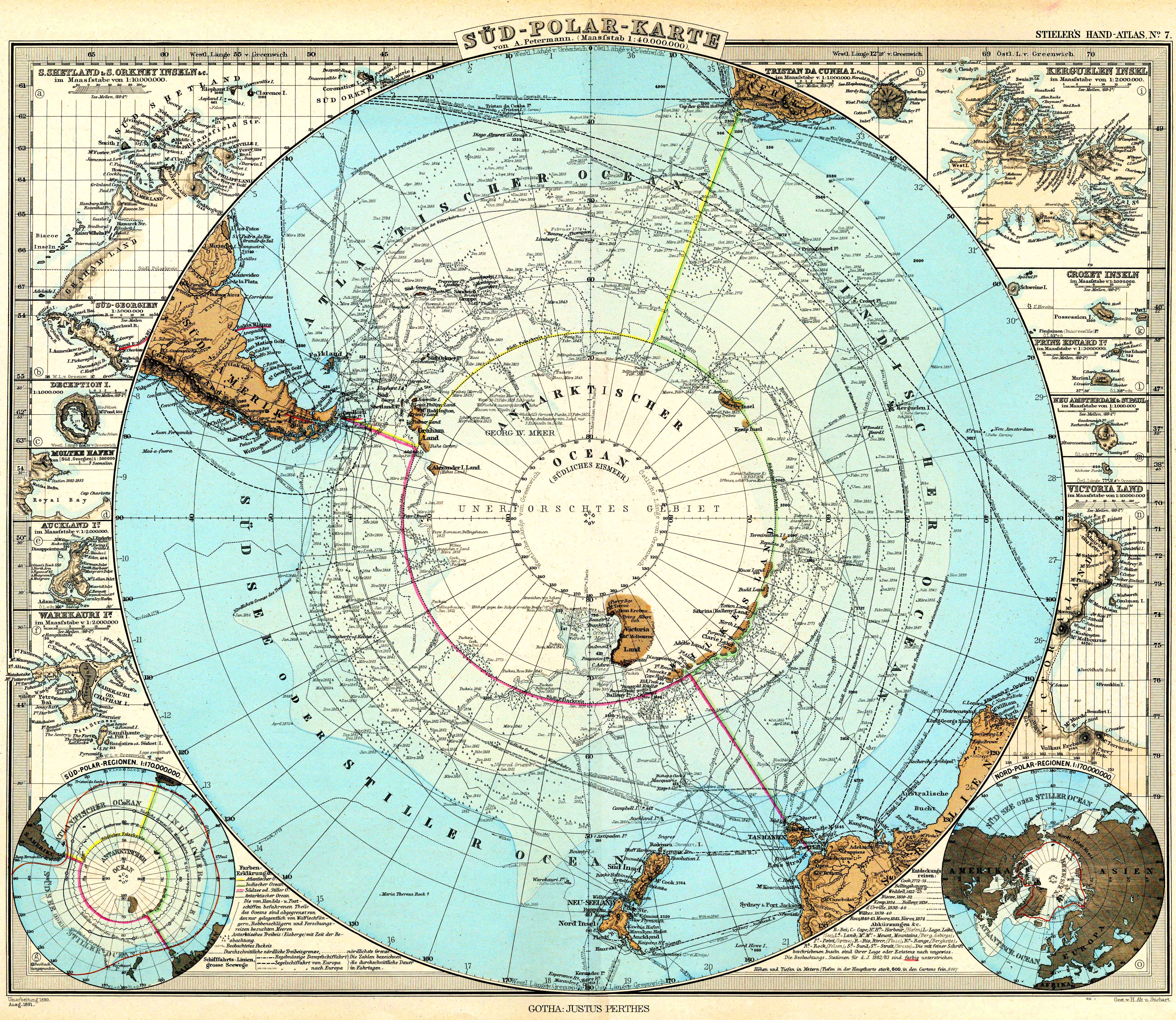 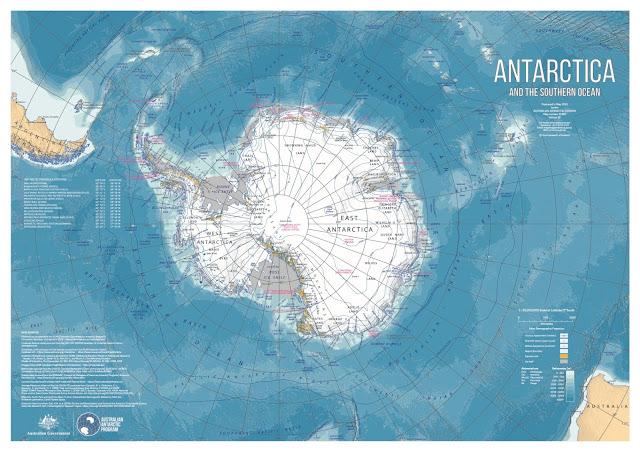 They applied this approach to nine key intervals in the Antarctic’s climate history, including the warm phase of the early Pliocene, five million years ago, which is widely considered to be a potential template for our future climate.
Back then, the world was 2 to 3 degrees Celsius warmer on average than today, partly because the carbon dioxide concentration in the atmosphere was as high as 450 ppm (parts per million).
The IPCC (IPCC Special Report on the Ocean and Cryosphere in a Changing Climate, 2019) has cited this concentration as the best-case scenario for the year 2100; in June 2019, the level was 415 ppm.
Back then, the Antarctic ice shelves now floating on the ocean had most likely completely collapsed.
“Based on the sediment deposits we can tell, for example, that in extremely warm epochs like the Pliocene, the large ice sheets in East Antarctica reacted in a very similar way to what we’re currently seeing in ice sheets in West Antarctica,” reports Dr Katharina Hochmuth, the study’s first author and a former AWI geophysicist, who is now conducting research at the University of Leicester, UK.

Accordingly, the new maps provide data on important climatic conditions that researchers around the world need in order to accurately simulate the development of ice masses in their ice-sheet and climate models, and to produce more reliable forecasts.
Researchers can also download the corresponding datasets from the AWI’s Earth system database PANGAEA.