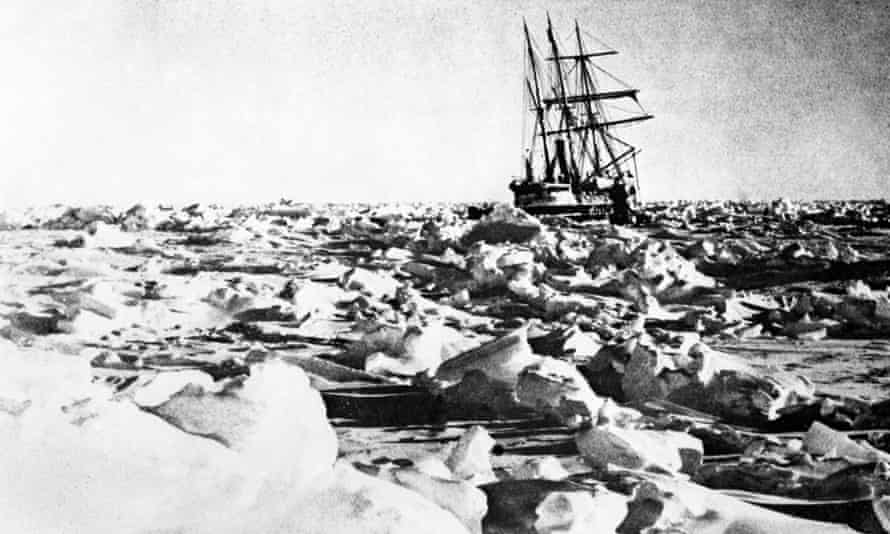 In 1915, during Sir Ernest Shackleton’s attempt to cross Antarctica, the Endurance sank after months of being trapped in the ice.
Photograph: PA Archive

From The Guardian by Dalya Alberge

Endurance22 will launch early next year with aim of locating and surveying wreck in the Weddell Sea
The location of Sir Ernest Shackleton’s Endurance has been one of the great maritime mysteries since the ship became trapped in ice and sank in 1915.
Finding this symbol of the “heroic age” of polar exploration at the bottom of the Weddell Sea was long thought impossible because of the harshness of the Antarctic environment – “the evil conditions”, as Shackleton described them.

Now a major scientific expedition, announced on Monday, is being planned with a mission to locate, survey and film the wreck.

Endurance22 will launch early next year, in a vessel that will brave the most treacherous frozen waters, pounding its way through miles of pack ice.

The effects of climate change will make the expedition a little less difficult, with melting ice easing the vessel’s passage.
An international team of scientists with expertise in the study of ice and climate will be onboard, advancing knowledge of the Antarctic environment. 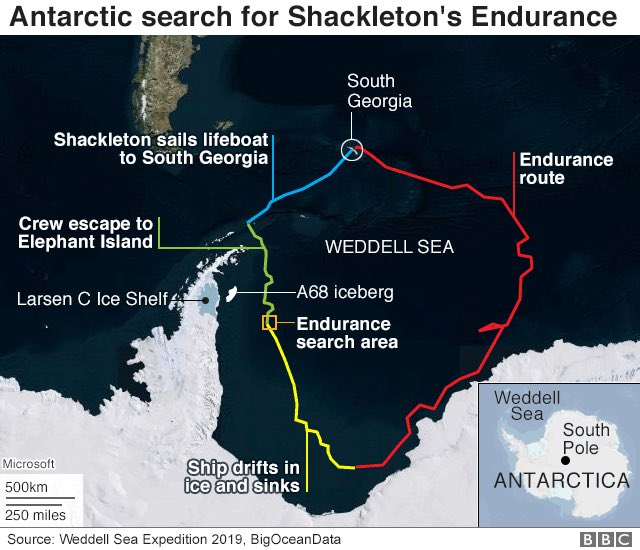 Mensun Bound, its director of exploration, headed the 2019 search for the Endurance that had to be called off because of extreme weather conditions, after an underwater vehicle became trapped beneath the ice.

He told the Guardian: “There’s a complexity of emotions all swishing around within me. On the one hand, there’s great excitement. On the other, for the last three years, I’ve had to carry this persistent sadness in me that we didn’t find it last time. It’s never far from my thoughts. That ship is always teasing my imagination.”

Bound said global warming in the Antarctic is “absolutely devastating”, but that the melting ice “has improved our chances” of discovering the shipwreck.

Discussing the dangers, he said that if tourist ships were to venture deep into the Weddell Sea, “they’d be ripped open like some old mullet on a fishmonger’s slab”.

Shackleton’s attempt to cross Antarctica is an epic story of valour and survival against all the odds.
The Endurance became trapped in ice off the Caird Coast and drifted for months before being crushed.
Some of his men drifted on ice floes for months before reaching the uninhabited Elephant Island, where they lived off penguins and even the expedition’s dogs.
Shackleton and five others reached the island of South Georgia in a whale boat, eventually rescuing the others from Elephant Island, with all 28 of the crew returning alive.

The Endurance is believed to lie at a depth of more than 3,000 metres.
Although the vessel was crushed, its timbers are likely to be well preserved as a result of the extreme cold, the absence of light, and the relative lack of oxygen.

It is possible that the vessel’s strength of construction means that much of it is intact.
There are even hopes that the expedition could find glass plates abandoned by the photographer, Frank Hurley, among other artefacts on the wreck. 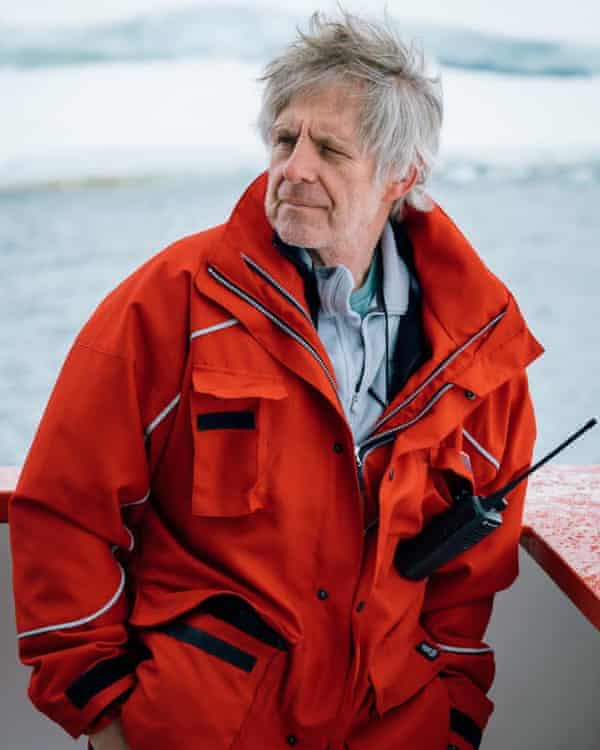 Mensun Bound, director of exploration for Endurance22
The privately funded expedition has been planned by the Falklands Maritime Heritage Trust (FMHT), which organised the successful search for German warships sunk in 1914 during the Battle of the Falkland Islands.

The vessel for Endurance22, SA Agulhas II, belongs to the South African government and will set off from Cape Town early next year, after two years of planning.

It has heavy duty ice-breakers that will pound their way through the pack ice for miles on end, Bound said: “Our ship is part sledgehammer, part bulldozer, part Swiss army knife. It is a battle. Last time, we ourselves became trapped in the ice, not once but several times, just as the Endurance did, and those were quite worrying moments.”

The team will be using Saab Sabertooth underwater search vehicles, equipped with sensors, lights and cameras to bring discoveries to a worldwide audience.
If the Agulhas II cannot get near enough, they are planning an ice camp where the Sabertooth could be lowered through a hole drilled in the ice.

John Shears, the expedition leader, said that with the vessel, an outstanding crew and cutting-edge technology, “there has never been as good an opportunity to locate Endurance”.

Bound has been researching archival material and poring over diary entries in the search for clues to the wreck’s location beyond the famous coordinates recorded by Frank Worsley, Shackleton’s master navigator.

“It all pivots on that one little squirt of information,” he said. “We were close in 2019. We covered well over half of the search area – up to 9 km across … But Worsley never took his coordinates on the day the ship sank. His last observation was almost three days before. What was the ship doing in those three days? What was the speed and direction adrift? All those things I have to take into account.”

Richard Garriott, president of the Explorers Club, said: “Endurance22 is undoubtedly one of the most significant expeditions undertaken in recent times.”

Donald Lamont, chairman of the FMHT, said: “We hope that this effort will bring the story of Shackleton and his ship to a younger generation, inspiring their interest in the science and the environmental importance of Antarctica for all of us.”

Asked what finding the Endurance would mean to him, Bound said: “I’d probably retire after that because what do you do after you find the Endurance?”
Links :
Posted by geogarage at 1:12 AM