‘We used to be leaders’: the collapse of New Zealand’s landmark ocean park 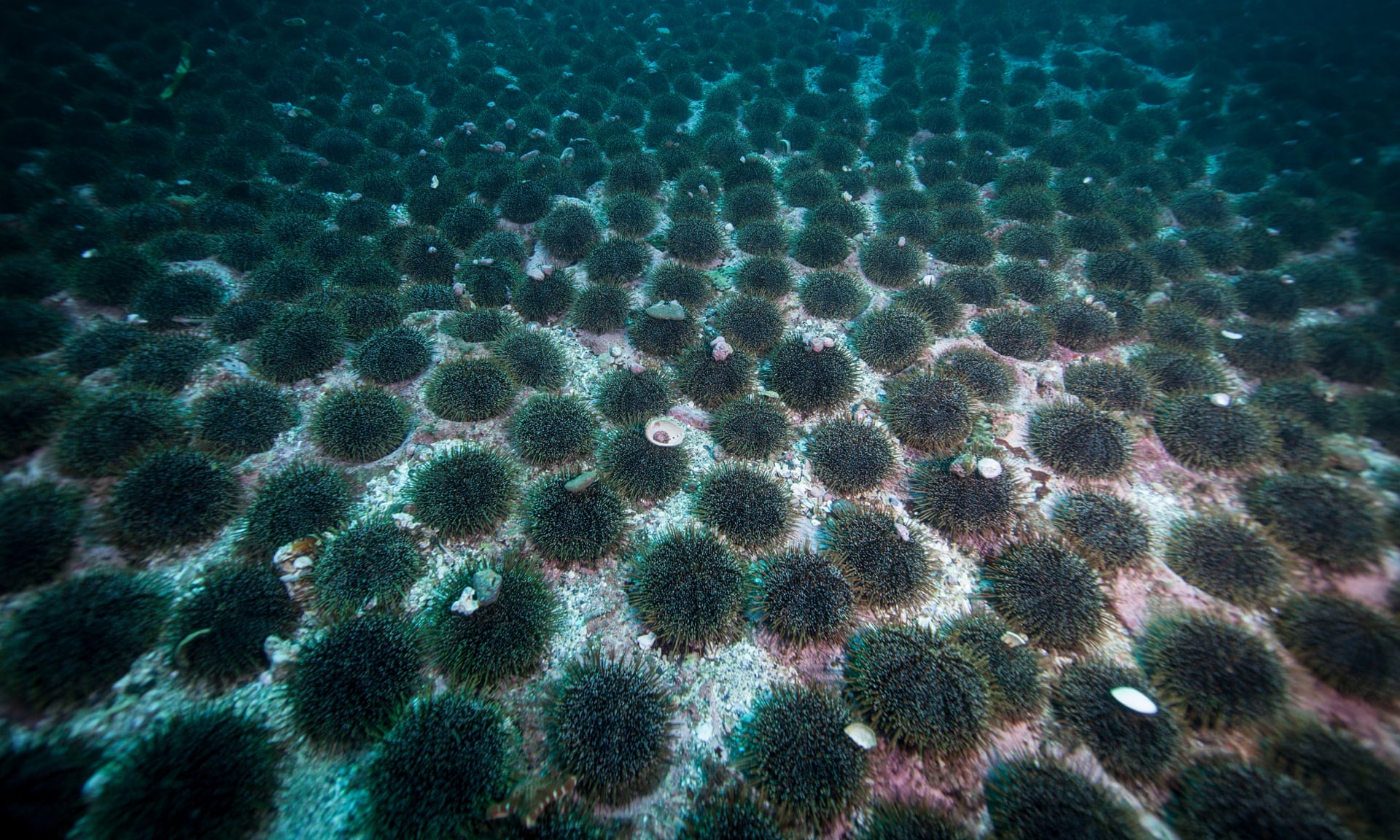 Kina barrens have proliferated with the decimation of their natural predators

From The Guardian by Kate Evans

Two decades since its creation the Hauraki Gulf Marine Park is overfished and overrun with sea urchins. Community groups are calling for urgent action to save the once abundant habitat

Tiritiri Matangi is one of the jewels of New Zealand’s Hauraki Gulf.
For the past 35 years the island, which is within sight of Auckland’s skyscrapers, has been a protected nature reserve. 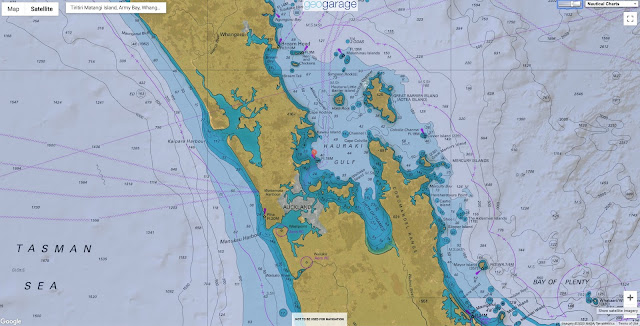 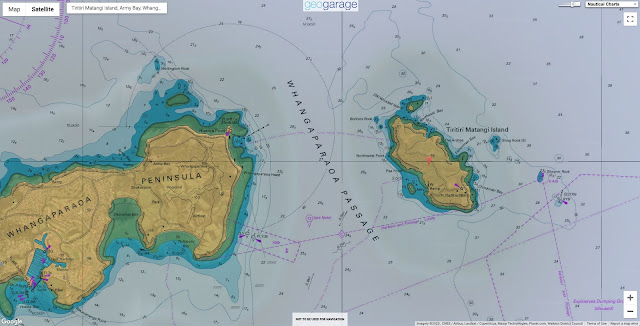 Step ashore and you’re enveloped in birdsong: kiwi and takahē thrive here, and vegetation envelops the cliffs to the sea.
But beneath the waves it’s a different story. 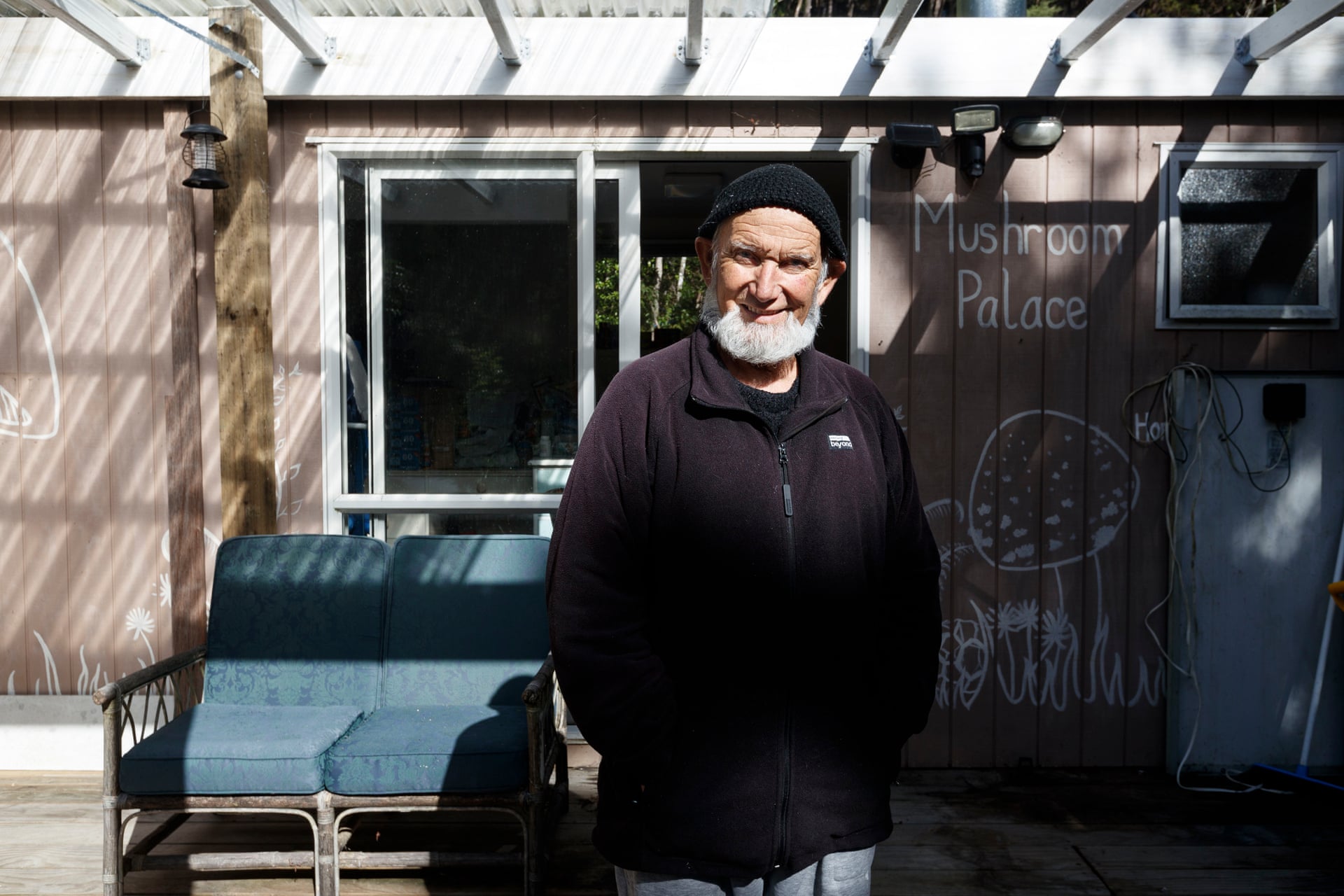 “It was solid kelp forest, beautiful ecklonia, crayfish bristling out of every crevice,” marine biologist Roger Grace, who started diving here in the early 1960s, told me shortly before he died last year.
Now, the kelp and the crays are almost gone. 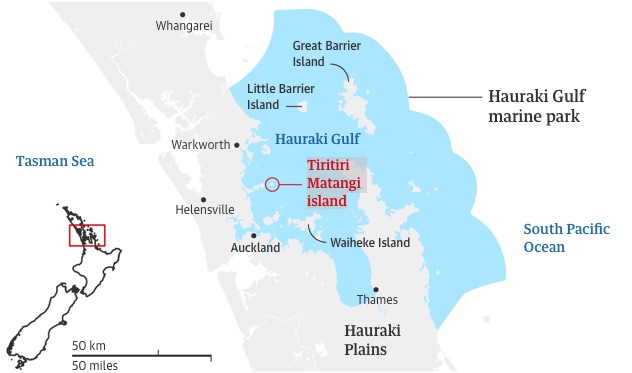 The bare rock is overgrazed by sea urchins, or kina, which flourishin the absence of snapper and crayfish, their natural predators.
The entire seascape is an impoverished and degraded landscape.
“People just don’t realise what’s happened before their eyes, because it’s out of sight,” Grace had said.
“Unless there are some radical changes, it’s not going to get better.” 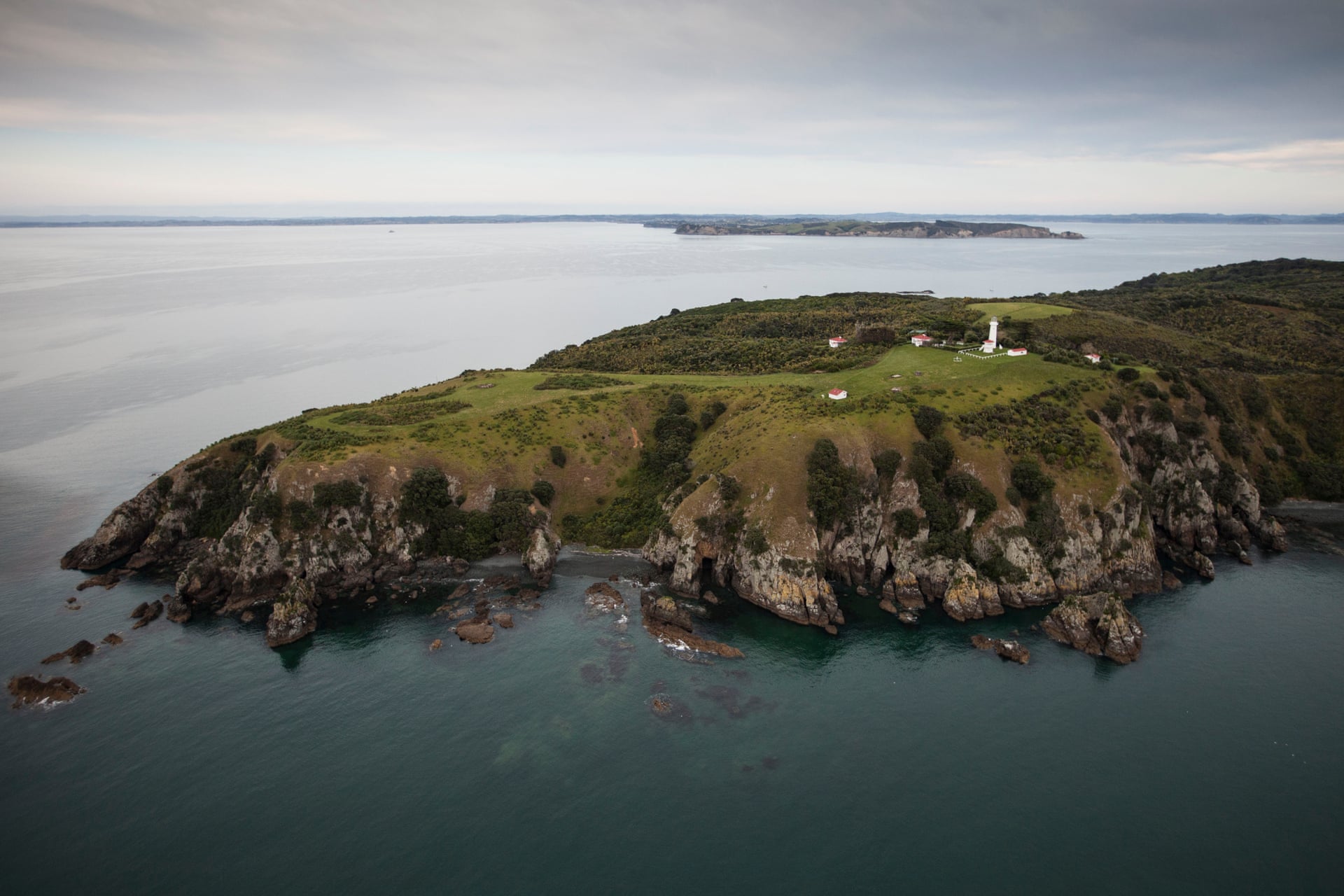 In 2000, New Zealand established its first national park of the sea, the Hauraki Gulf Marine Park. Covering 13,900 sq km (5,370 sq mile), the park’s objective was to protectthe gulf’s “life-supporting capacity”, its nature and its history.
The legislation required the slew of local councils and government departments with jurisdiction over the gulf to consider these objectives in planning or fisheries decisions.

However, with the exception of a handful of tiny marine reserves, commercial and recreational fishing was allowed to continue throughout the entire gulf.
Twenty years later, the creation of the park has failed to prevent ecosystem collapse.

Last week the government body charged with administering the park, the Hauraki Gulf Forum, released a report highlighting what had changed over those two decades.
“It certainly hasn’t lived up to the vision we all had, which was a thriving and healthy Hauraki Marine Park,” says Nicola MacDonald, the Māori co-chair of the forum.
“Our taonga [treasure] is dying.”

It remains legal to drag dredges and trawls across the sea floor, even recreationally, and no-take marine reserves have increased just 0.05% in two decades, to 0.3% of the Hauraki park.
Crayfish are functionally extinct in most of the gulf: the few that are left play no meaningful role in the ecosystem, for example in keeping urchin numbers down.
Kina barrens – those forests of sea urchins – are proliferating.

In 2019, after dramatic declines in the commercial crayfish take, the government slashed the daily recreational quota from six crayfish to three. Most divers are lucky to even find one.
The snapper population is down to about 20% of what scientists calculate pre-fishing numbers would have been.
Lifelong fishermen report the virtual disappearance of baitfish such as anchovies and pilchards.

In 2000, 4% of the seabird species in the gulf were threatened with extinction.
Today, 22% are.
Spotted shags, which once flourished in their tens of thousands, are down to 300 pairs; scientists suspect a lack of food.

On Auckland’s beaches, stormwater and sewage overflows make 38% of the 50 monitored sites frequently unsafe to swim.
Three sites are never safe to swim.

The dairy industry is another disruptive factor.
The nearby Hauraki Plains are New Zealand’s dairy heartland, and despite efforts by farmers to fence off waterways and plant trees, the rivers still pump fertiliser and effluent – and 3,730 tonnes of nitrogen – into the gulf each year.
High nitrate levels lead to algal blooms and ocean acidification.
Some estuaries are badly affected by sediment flows.

Human settlements are growing, too – faster around the gulf than anywhere else in New Zealand. Land clearing has caused sediment to collect elbow-deep in some estuaries, choking delicate organisms.

Critics say this is all the more upsetting given New Zealand’s past role as a marine-protection trailblazer.
The country is unlikely to meet its commitment under the UN sustainable development goals (SDGs) to conserve at least 10% of coastal and marine areas by this year, let alone contribute to the global push to protect 30% of the world’s oceans by 2030.

The minister for conservation, Eugenie Sage, admits the government won’t meet the SDG target this year. “Overseas, we’ve seen visionary initiatives by some of our Pacific neighbours – Palau, the Cook Islands – to extend marine protected areas,” Sage says.
“We are a long way back, and that’s really disappointing.” 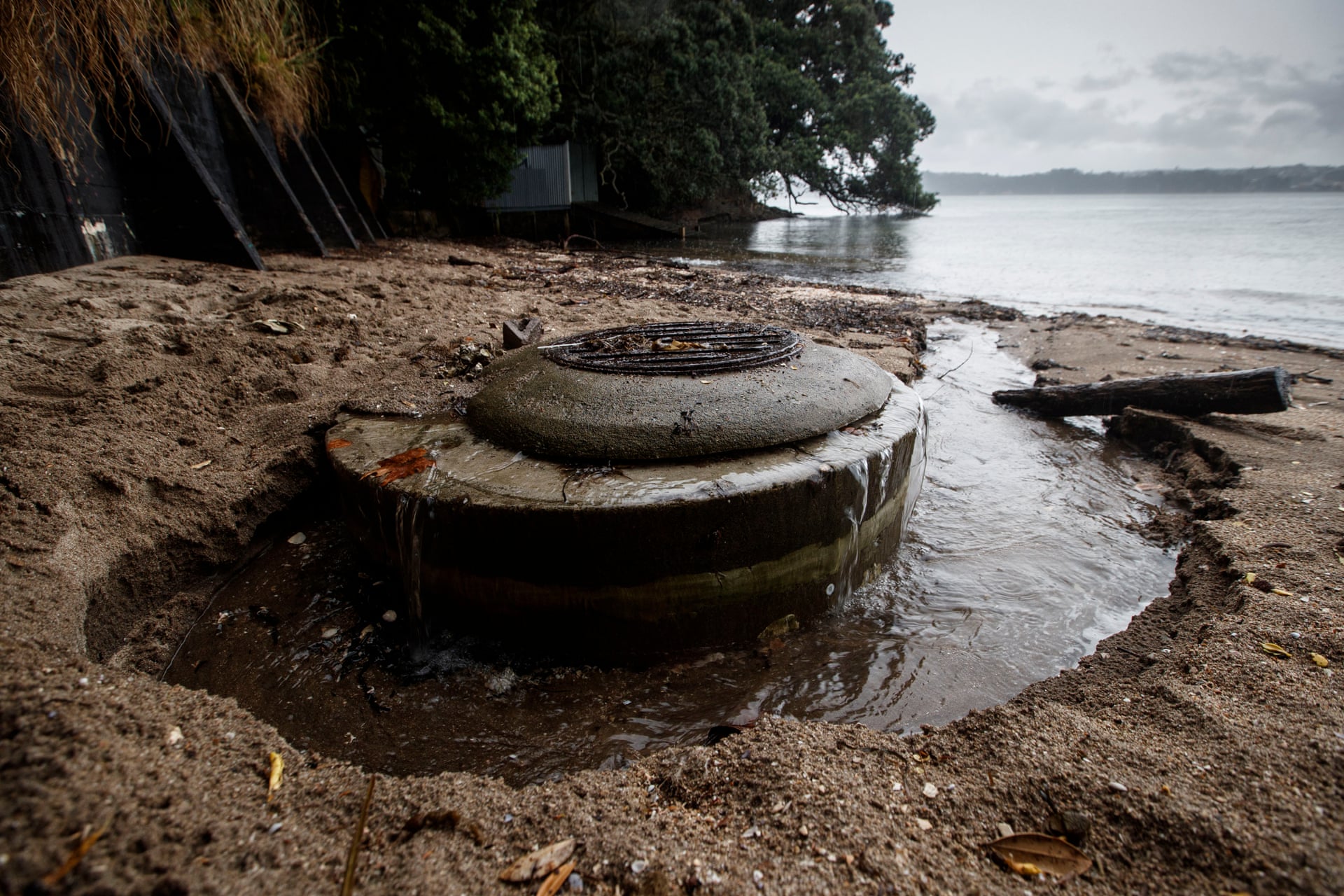 “We had the first no-take marine reserves in the world. What happened to that leadership position?” says James Frankham, the publisher of New Zealand Geographic magazine.
“We’re 20 years on from our landmark national park of the sea, and it’s crashing.”

Frankham, 45, grew up sailing, fishing and diving in the gulf, watching the water roil as seabirds plunged among kahawai and kingfish.

Last week he came away fuming from an event run jointly by the department of conservation and Auckland council, commemorating the Hauraki Gulf Marine Park’s 20th anniversary.
“I don’t come to outrage very easily as a person, but I was outraged by the lack of political action [being planned to address the issue].
“I’ve seen incredible change over my lifetime in the Hauraki Gulf, and my father and grandfather had stories [of an abundance of biodiversity] that were equally preposterous to me as the stories I’m telling my children today. It’s really heartbreaking. I can’t describe it as anything other than a collapse.”

Simon Thrush, head of the Institute of Marine Science at the University of Auckland, says the decline in animal populations is extremely concerning, although there is still time to turn things around.
“You can think of these collapses [in biodiversity] as a series of ratchets. It’s not a waterfall that’s 100 feet high and it tumbles off the top and smashes on the cliffs at the bottom.
It comes down in steps. We can still stop it falling off the next step.”

He argued for immediate action on every problem at once: more marine reserves, a halt to trawling and dredging, and more efforts by developers and farmers to keep sediment out of the gulf.
Although more research is necessary, too, he called for action on the studies already done: for example, his research in the 1990s demonstrated the negative biodiversity effects of bottom-impacting fishing gear, but fisheries management has not adapted to the problem.

“We need agencies to not just commission another report and have another meeting, but to do something,” he says.
“We need citizens to vote appropriately. We want as many people as we can to stick their thumb in the dike.”

There have been some positive developments.
A voluntary speed limit for container ships of 10 knots has effectively eliminated whale collisions.
The creation of the island sanctuaries, such as Tiritiri Matangi, appears to have reduced mammalian pests.
Commercial longline fishers are collaborating with NGOs and the government to reduce seabird by-catch, including trialling a device to bait lines underwater so birds don’t get caught in them. Community and local Māori groups are reintroducing native species to the islands, removing old moorings from bays and seeding juvenile mussels, which act as natural water purifiers.

Auckland council, meanwhile, admits many building sites haven’t complied with sediment control regulations and is trialling new ways to enforce them.
Stricter rules for farmers aimed at curbing run-off will come into force this year.

In 2016, a report titled SeaChange – a collective effort from a diverse group of gulf users, including commercial and recreational fishers, Māori and conservationists – made ambitious recommendations to address these issues.
This summer, four years later, a special government committee will finally report on which to adopt. 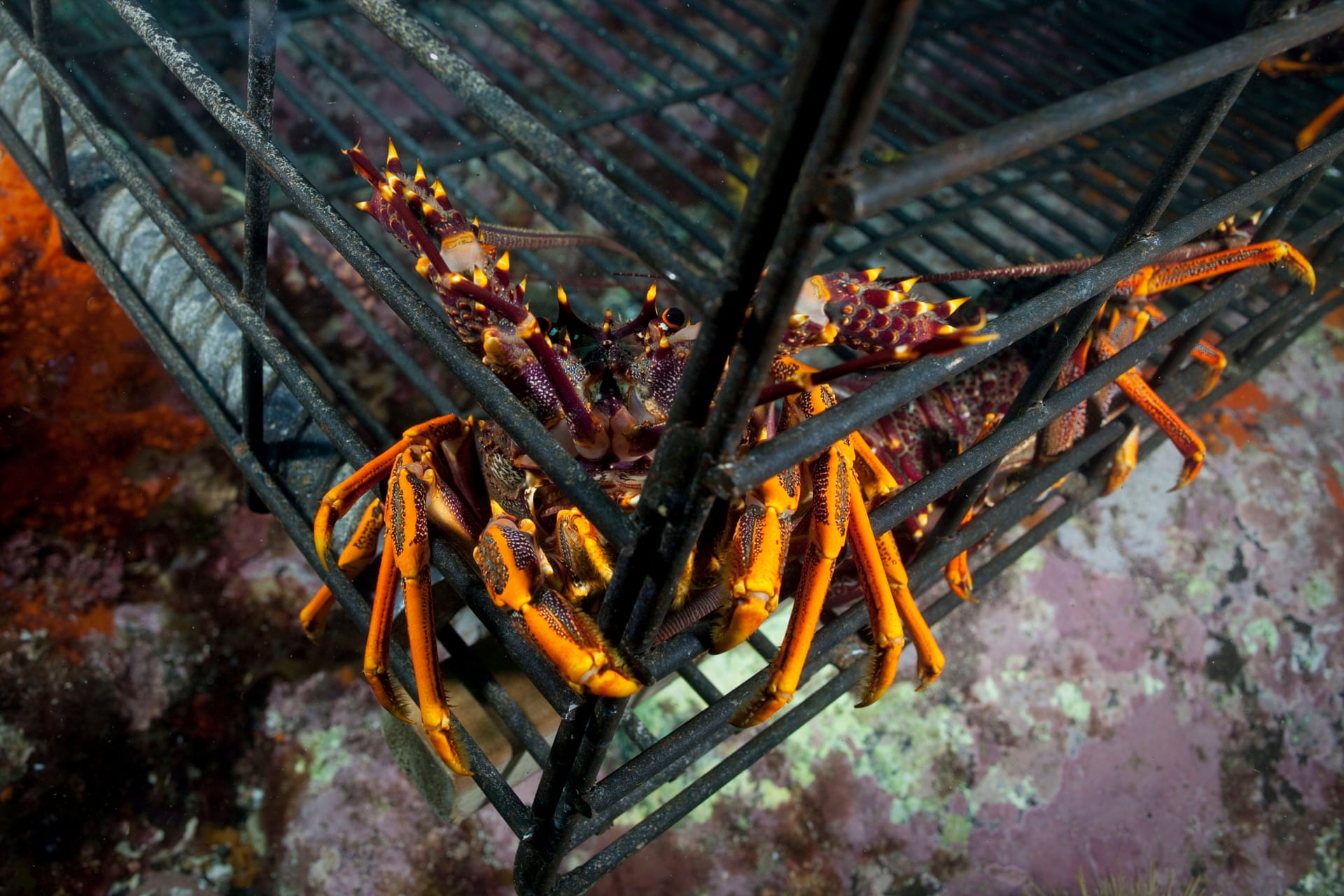 Crayfish are now functionally extinct in most of the gulf

In the past, however, commercial and recreational fishers have blocked many protection efforts.
“In the marine space there are many who assert their rights and fewer who assert their responsibilities,” says Sage, the minister for conservation.
“Any change is hotly contested, and I hope now that people realise how serious it is and how urgent. Our shared goal must surely be a healthy Hauraki Gulf. I hope people are putting aside their individual interests on behalf of the common purpose of restoring the mauri [life force] of the gulf.”
“The one thing that everyone around the table wants is a return to abundance – but the means of getting there is going to hurt,” Frankham says.
“If we could have taken an aspirin 20 years ago, we’re on to chemotherapy now.”
“It’s critical if we’re going to argue that we’re truly a sustainable nation,” Thrush says.
“The Hauraki Gulf is an exemplar of how we manage what most of New Zealand is – ocean.”