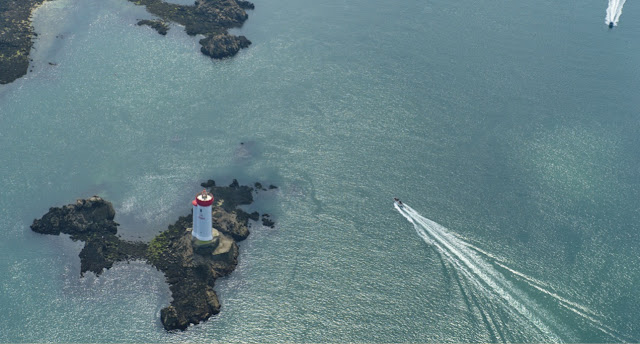 The DGPS stations of the interregional maritime directorates, located along the French coast, provide mariners with an enhanced radionavigation service, improving GPS positioning accuracy.
To modernise and improve the efficiency of the system, the Directorate of Maritime Affairs has chosen to use the European EGNOS service ("European complementary service for geostationary satellite navigation"), originally developed for the air transport sector and based on a set of ground stations with correlated data.
credits : MTES-Terra, Laurent Mignaux

Satellite-based systems have greatly changed maritime navigation.
Most vessels, from sail boats to merchant ships or tankers, now have systems on board that rely on satellites for positioning.
In France, DGPS stations are distributed along the coastline to enhance radio navigation for seafarers.
In a context of new investment decisions, French maritime authorities chose EGNOS to upgrade their satellite-based services for radio navigation.
This is a first for the maritime sector.

For 15 years, six DGPS stations have been deployed all along the French coastline, providing sailors and merchant shippers with enhanced satellite-based radio navigation services.
The stations have made it possible to provide vessels equipped with GPS systems with precise positioning, especially in narrow waterways, as well as indications of signal quality.
But those stations have become outdated, suffering from frequent breakdowns due to ageing equipment. 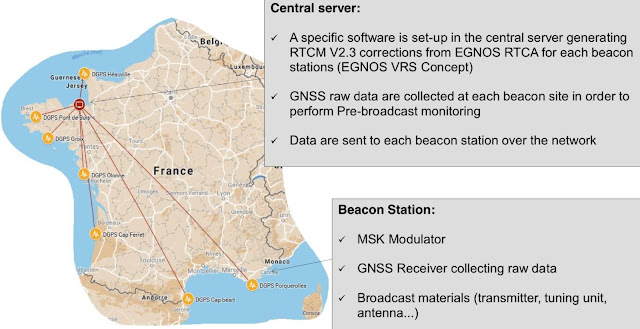 Cutting-edge technology, at a low cost

To upgrade and improve the system’s efficiency, the French authorities have chosen EGNOS.
The aim was to find a solution enabling them to maintain high standards of quality while
responding to the criteria set by the International Maritime Organisation (IMO).
A cost-benefit analysis, led by the Cerema (The French centre for expertise and studies on risks, environment, mobility and urban development) showed that replacing the existing DGPS stations would have been much more expensive and less effective compared to the EGNOS solution, which appeared to be an innovative solution with limited costs.

The first station to be equipped with an EGNOS- based solution was Olonne on the Atlantic coast. Launched in June 2017, the experiment showed significant results complying with the international standards and in particular with the IMO A.1046(27) resolution.

Operating costs total some €500,000 over three years; a service quality (in particular in terms of hardware quality), while minimising risks (jamming or cyberattacks for instance).
Further evolutions are expected with upcoming versions of EGNOS. 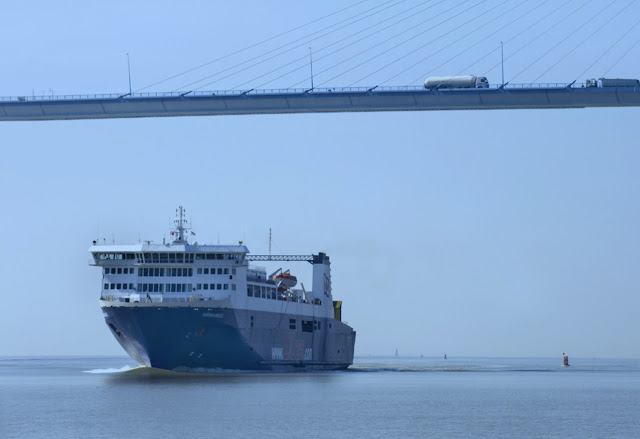 "France is the first country to use ehe EGNOS technology in the maritime sector on such a scale"
"Satellite-based augmentation systems make navigation more  accurate, reliable and available, thus contributing to a safer, more efficient and sustainable maritime sector"
credits : MTES-Terra, Laurent Mignaux

Enhanced radio navigation service with limited impact on the users

EGNOS uses geostationary satellites and a network of ground stations to increase the accuracy of existing GPS satellite positioning signals, while providing an “integrity message” that informs users in the event of signal problems.
The constellation of these geostationary satellites provides differential correction data, which are then converted via a specific application based and centralised in Saint-Malo, Brittany.
The data are then transmitted to the users via the Medium Frequency (MF) antennas of the existing DGPS stations.

With this new service, there is no need for the ships to change their GPS receivers: the enhanced signal is received via the existing material.
Ensuring service continuity is thus crucial with total transparency for the users, while offering equivalent, if not better, performance.

All sea users, whether professionals or amateur sailors equipped with GPS, are targeted by this service.
They benefit from a positioning determination service that is accurate, reliable and homogeneous, based on recent technology that was historically used in the aeronautical sector, and all along the French metropolitan coastline.
The entire continental shelf included in the French economic exclusive zone should be covered, with optimal accuracy of 5 meters, thus meeting the most recent international standards (latest IMO resolution).

Today, France is the only country to use the EGNOS technology in the maritime sector on such a scale.

Posted by geogarage at 2:47 PM