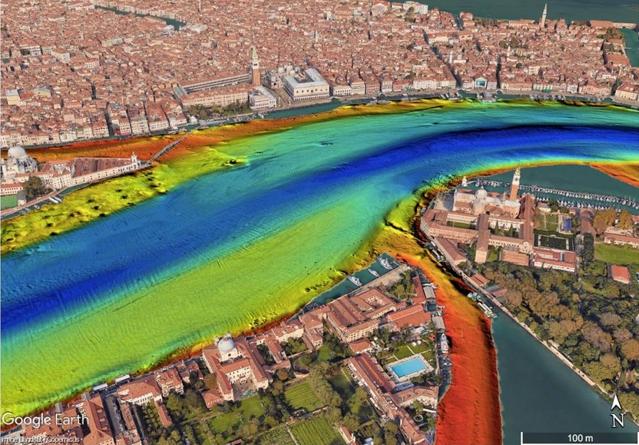 The Italian harbor city of Venice is famous for its many canals and bridges.
Built along the shores of the Adriatic Sea, the canals were used for protection, sheltering the city from the mainland, and transportation within the city.
For the first time, research by the Italian Institute for Marine Research (Ismar-Cnr) and the Italian Navy has revealed what lies beneath the water's surface. 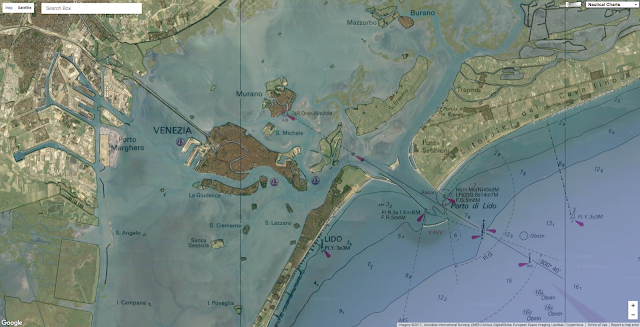 The depth of the canals was measured in high details using echolocation technology.
Using the time needed by the signals to be reflected from the ground, not only can the depth be calculated, but also the density and type of encountered substrates.

The scans show areas of sediment accumulation and sediment erosion, which is especially important for the maintenance of the canals.
Yellow and red colors in the published data show shallow water - in some cases just three feet deep.
Green and blue colors are deep water, thirty to sixty feet deep at least.
The maximum depth found in the Venetian Lagoon is 164 feet below sea level. 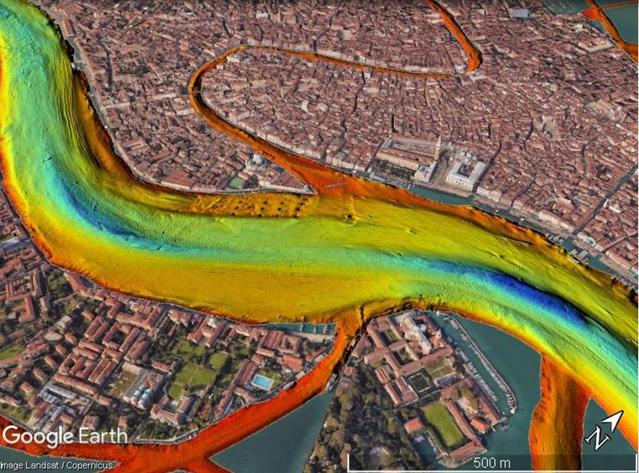 Bathymetry of the main channel to the seaport of Venice (eastern part).
Source and Credit: Ismar-Cnr/Google Earth. 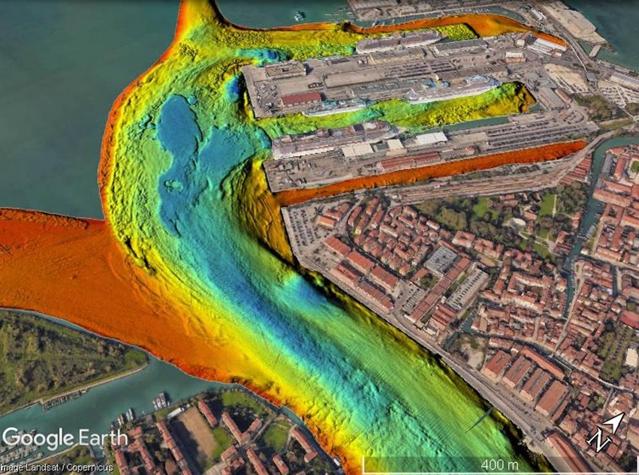 Main channel (western part) and seaport of Venice,
note the large cruise ships anchored along the piers in the port.
Source and Credit: Ismar-Cnr/Google Earth.
The artificial channels significantly changed the currents in the lagoon of Venice.
Marine lifeforms living here have to deal with strong seasonal variations of salinity and oxygen, as the exchange of water with the open sea is limited.
Tides transport sediments into the lagoon.
Because the Venetian Lagoon is now separated from the open sea by dams, the sediments tend to accumulate and fill the canals and the lagoon.
The scans also revealed another type of anthropogenic impact.
In some pictures strange round features are recognizable on the ground of the canals, disposed tires and other trash. 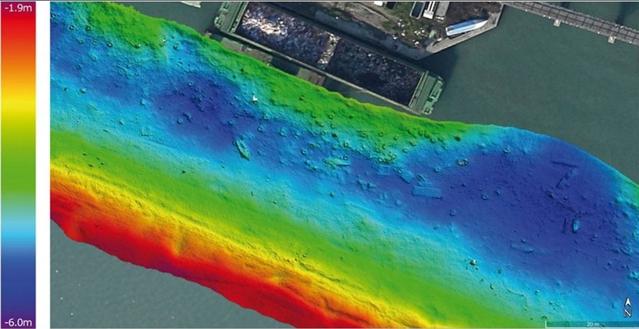 Tires, parts of smaller boats and possibly house utensils disposed in one of the many smaller canals. Maximum depth in this image is twenty feet.
Source and Credit: Ismar-Cnr/Google Earth.

The research and data were published in the online journal  Scientific Data (Nature), the article with the title 'High resolution multibeam and hydrodynamic datasets of tidal channels and inlets of the Venice Lagoon' is freely accessible online.