Who is first to go to the Arctic will be a 21st century leader : Russia to apply for extension of Arctic Shelf Boundaries in 2014

Who is first to go to the Arctic will be a 21st century leader. (see Wikipedia : Territorial claims in the Arctic)
This opinion was expressed by Russian Deputy Prime Minister Dmitry Rogozin in Vladivostok at a forum on the protection of Russia’s strategic interests in the Far East.

In his words, civilian ships and marine technology for the development of the Arctic will be built with the use of high technology and with the help of modern robotics.
Rogozin noted the critical importance of production being focused on the Arctic region. 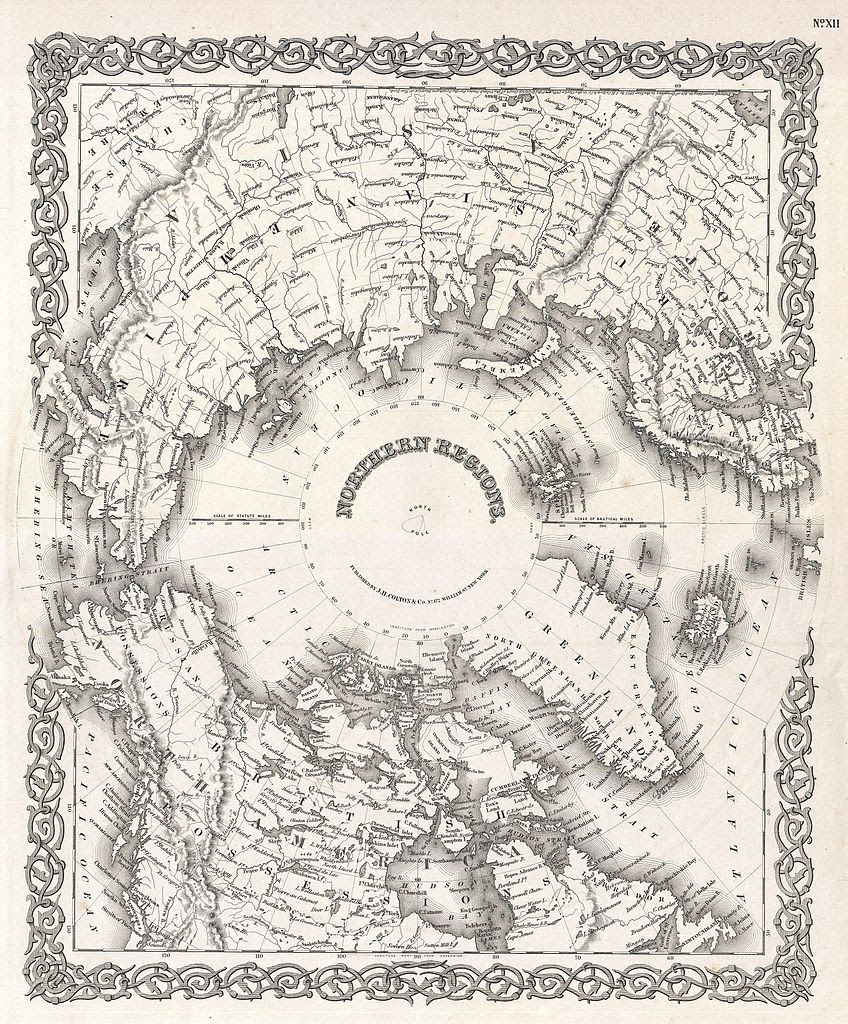 Map of the Arctic or North Pole ('Northern Regions' by Joseph Hutchins Colto, 1855)

“The Arctic has huge resources, which will attract great nations more and more in the face of declining access to energy. Countries that are not going to reduce their consumption level will focus on the Arctic,” the official believes.

According to Rogozin, who is first is not empty words, but machinery, ships, marine systems and platforms in the Arctic will make the 21st century leader.
The Arctic region, according to the Russian Vice Premier, will be occupied by the one who demonstrates “master talent”.

Previously, Rogozin has urged shipbuilders to pay particular attention to civil orders intended for work on the Arctic Shelf.

In 2014, Russia plans to submit an application for extension of the boundaries of the continental Arctic Shelf to the special UN Commission after modifying and reinforcing the application by the results of additional research.

It was announced by Denis Khramov, Deputy Minister of the Ministry of Natural Resources and Ecology of Russia.
The Deputy Minister recalled that Russia had already applied for extension of the territories in the Barents, Bering and Okhotsk seas, as well as in the Central Arctic Ocean.
The Commission generally recognized the application as meeting the requirements but requested the Russian Federation to provide an additional proof that the ranges of Lomonosov and Mendeleev, going beyond the boundaries of our official continental shelf, belong to the Mainland.

"If we are to prove that these ranges are part of the Mainland lower slope, we will be guaranteed by international law the authority to increase the limits of our continental shelf," said the official.

Denis Khramov said that Russia had signed a special Convention on the law of the sea, under which the establishment of the outer boundary of the continental shelf of any state is the main guarantee of securing the rights of the country's natural resources situated within the continental shelf.

After the adoption of the Convention, Russia was the first to submit its application for establishment of the outer boundary on the outside of the standard 200 nautical miles.
So called "baselines" of the boundary, that is, those points on which the land border of any country is fixed, serve as a start for the 200 miles to be measured from, and ownership of the territories beyond them is to be proved by a state concerned in an established order.