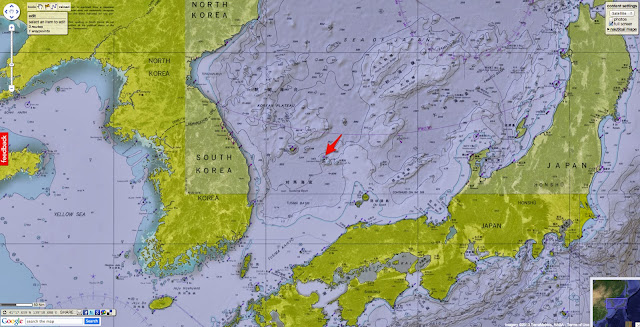 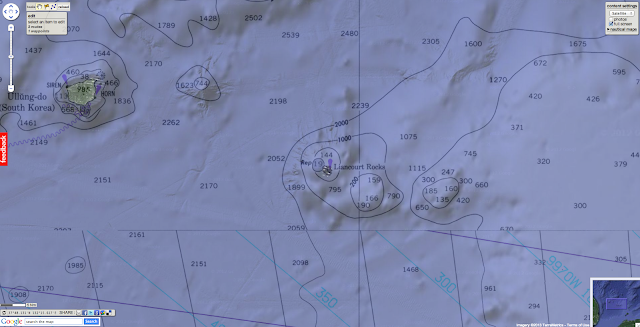 The "Liancourt Rocks" with NGA nautical maps,
>>> geolocalization with the Marine GeoGarage <<<
also known as Dokdo or Tokto (독도/獨島, literally "solitary island") in Korean,
and Takeshima (たけしま/竹島?, literally "bamboo island") in Japanese,
are a group of small islets in the Sea of Japan.
Sovereignty over the islets is disputed between Japan and South Korea.

Japan has asked local authorities and state-run universities not to post Google maps on their websites because some of them use non-Japanese names for disputed islands, Japan Times reports said last Saturday. 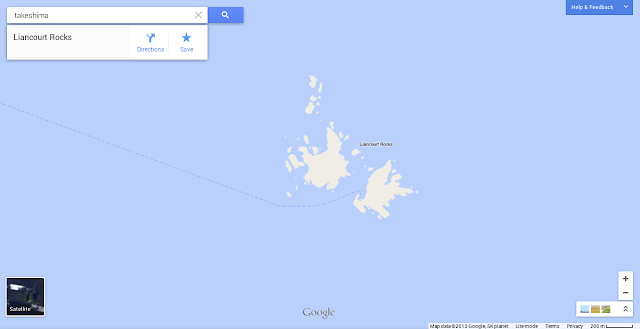 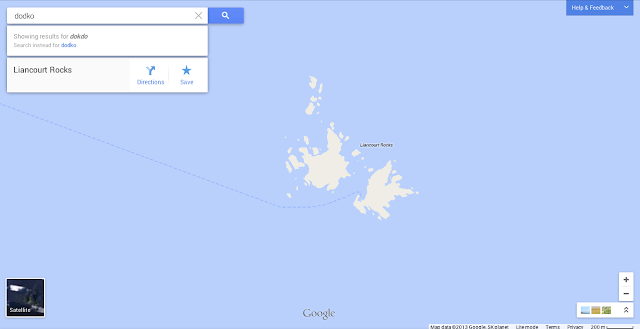 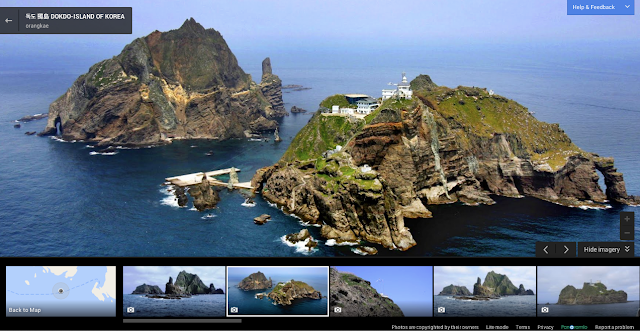 The disputed territory includes the South Korean-controlled islets in the Sea of Japan (East Sea) called Takeshima in Japan and Dokdo in South Korea,
and the Japan-held Senkaku islands in the East China Sea, claimed by China as the Diaoyus, the Sports Nippon tabloid reported. 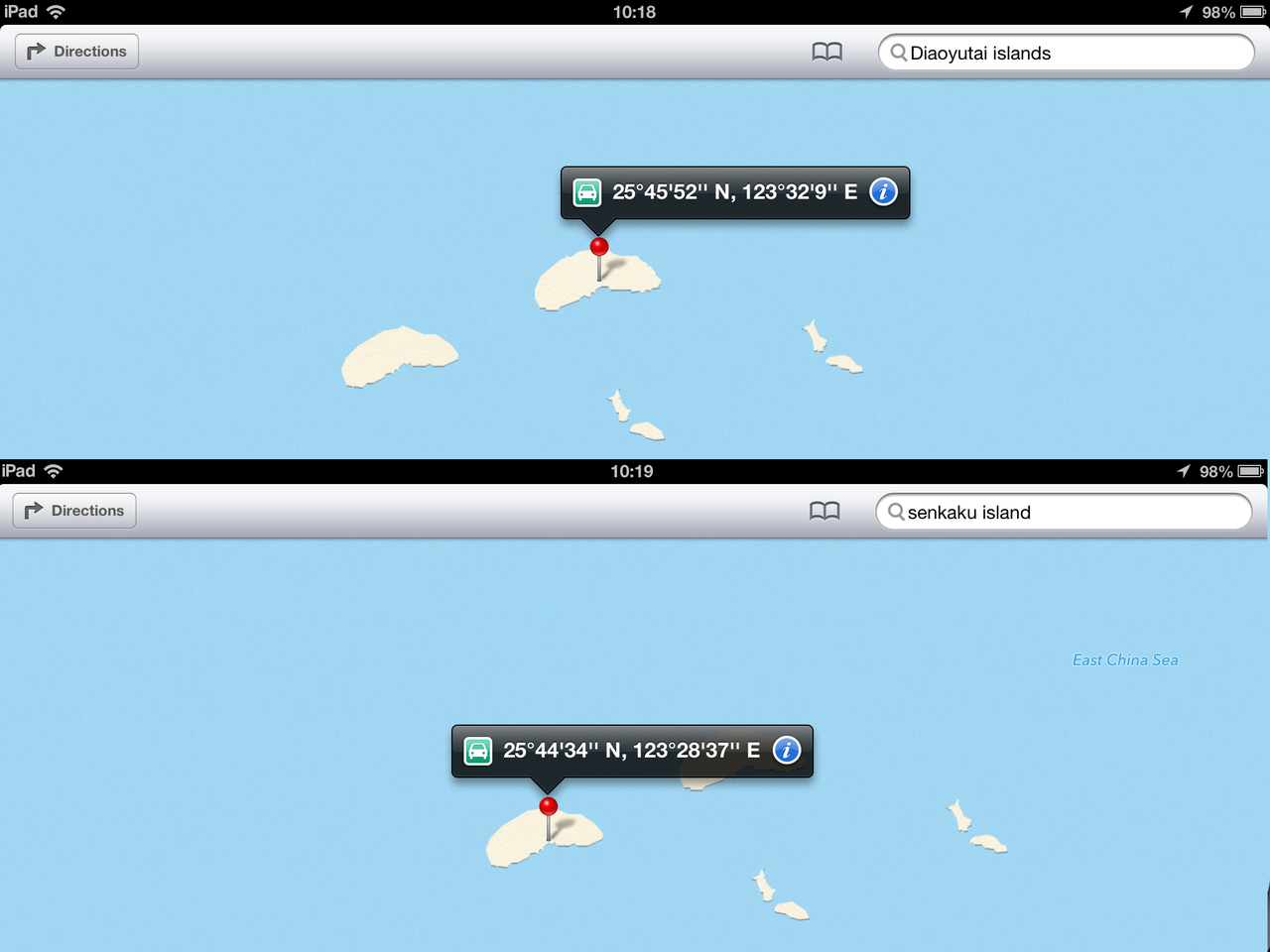 Senkaku/Diaoyu islands diplomatic/territorial conflict, solved the Apple Maps way:
Double the islands, give one to each party

The Russian-held islands off Japan's northern main island of Hokkaido, referred to by Japan as the Northern Territories, are also included, the paper said.

In notices issued earlier this year the Tokyo government said that "some registrations in the electronic maps on the home pages are incompatible with Japan's stance", Kyodo News agency reported.
It said the government recommends that public bodies use maps compiled by the Geospatial Information Authority of Japan, but it was unclear if they have followed the request because Google maps are apparently more convenient.