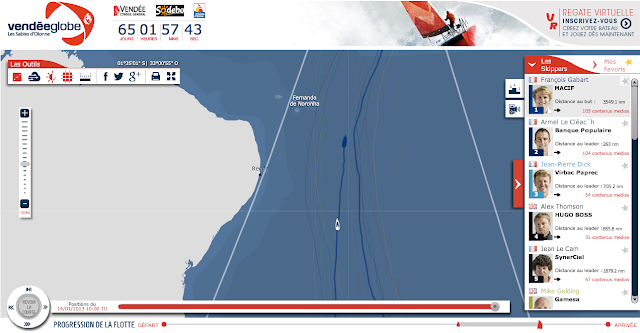 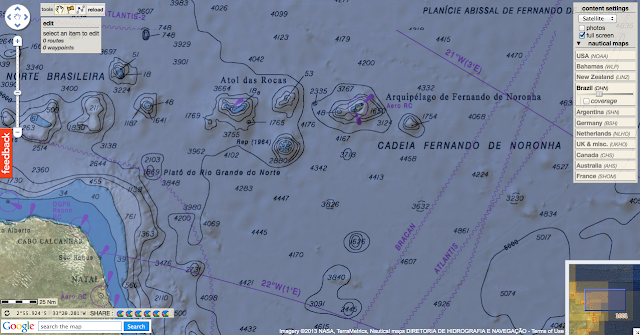 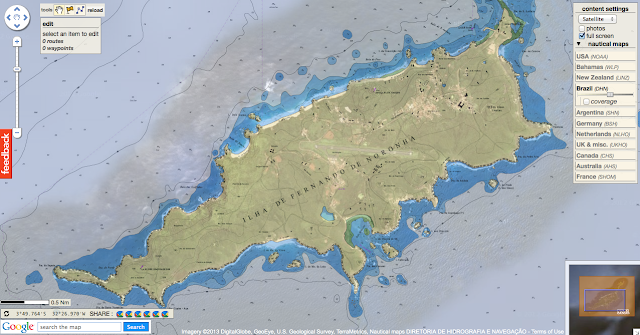 The archipelago is named after the rich Portuguese merchant of the same name (although he was born Fernão de Noronha and has also been known as Fernão de Loronha).
Under contract by the Portuguese Crown, Noronha sailed westward in search of pau-brasil (an in-demand wood with a distinctive red dye, from which Brazil gets it’s name).
He and his crew of explorers ended up “extracting” aprox. 1,300 tons of this special wood and selling it in Lisbon at a mark-up of 400% to 500%.
As a result of his successfully completed contract, King Manuel I handed the first captaincy of the sea to Noronha, which encompassed of the archipelago.
Also of interest, is the fact that Noronha married off his daughter, Isabel de Castro, to the explorer Pedro Cabral, who “discovered” Brazil. 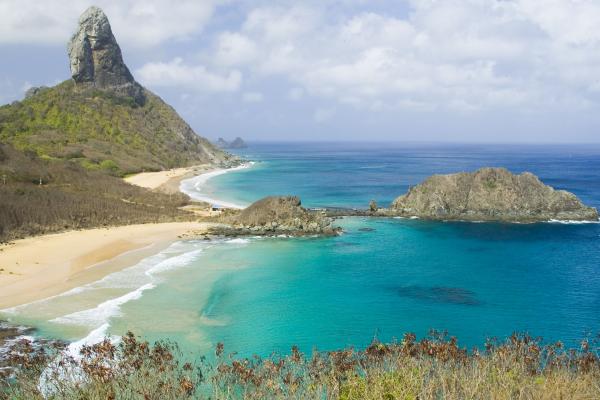 The islands of this archipelago are the visible parts of a range of submerged mountains.
Consisting of 21 islands, islets and rocks of volcanic origin, the main island has an area of 18 km2, being 10 km long and 3.5 km at its maximum width.
The base of this enormous volcanic formation is 756 m below the surface. 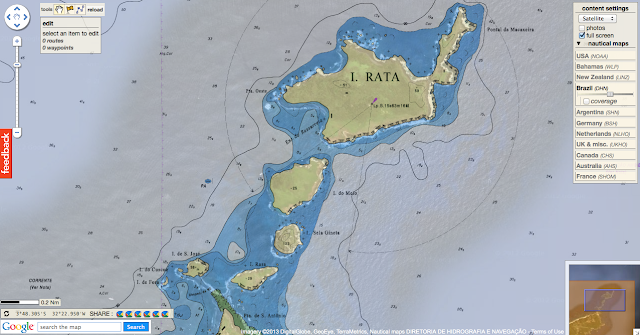 The main island, from which the group gets its name, makes up 91% of the total area;
the islands of Rata, Sela Gineta, Cabeluda and São Jose, together with the islets of Leão and Viúva make up the rest.

The main attraction is the maritime flora and fauna; one can spot sea tortoises, dolphins, albatrosses, among many others.
Fernando de Noronha is considered the best scuba diving place in Brazil.
Warm water and exuberant sub aquatic fauna and flora can be found in dives from 25 to 40 m deep.
A Brazilian warship, the corvette NaeL Ipiranga, sank in 1987 and is lying in pristine condition at around 190 feet.

In and around Praia Sancho, is a reserve for some 600 spinner dolphins (photo)

Nowadays, Fernando de Noronha’s economy depends on tourism, restricted by the limitations of its delicate ecosystem.
In fact, there is an Environmental Protection Tax of roughly US$10/day just to visit the island which if I’m not mistaken must terminate (along with your stay) after a period of 30 days.
In addition to the historical interest noted above, the archipelago has been the subject of the attention of various scientists dedicated to the study of its flora, fauna, geology, etc. 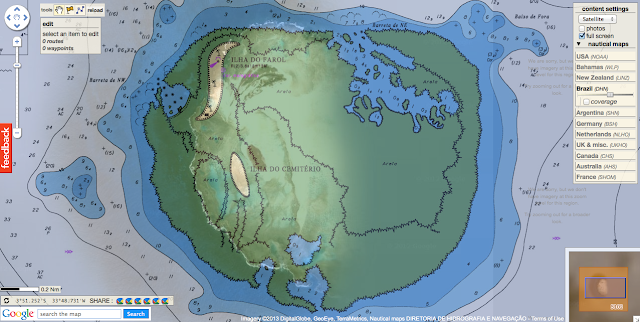 Long before becoming the touristic and ecological paradise that it is today, the archipelago housed a prison which stood from 1737 until 1942.
In the remaining years, starting from 1938, only political prisoners of the Estado Novo regime were sent there.
A report from the magazine O Cruzeiro, from August 2nd, 1930, describes the prison as an infernal ghost for these people banished from society, that live completely distanced from what is happening in the rest of the world, in spite of the Government giving the prisoners a healthy life of work and comfort.

Although protected by the National Park designation, much of the land-based ecosystem is destroyed. The largest part of the original vegetation was cut down in an effort to stop prisoners from making rafts and escaping.
There is also the problem of invasive species, especially the flax seeds, originally introduced to feed the roosters.
It now is out of control and threatens the existing vegetation.
Without the plants for cover, the islands can’t retain water during the dry season, so the vegetation turns brown as a consequence of drying out.
Another invasive species is the lizard, locally known as teju, which was introduced to control the rat population.
The idea, however didn’t work as the rats are nocturnal and the lizards aren’t, which has made the growing lizard population the more pressing problem.

Detail from the 1502 Cantino planisphere, showing the island of "Quaresma"
(Fernando de Noronha?) off the Brazilian coast

Many controversies mark the archipelago’s discovery by Europeans.
From its original name, Ilha da Quaresma (Lent Island), it was sighted by expeditions in the years 1501, 1502 and 1503.
The Viscount of Santarém, however, attributed the discovery to Gaspar de Lemos, captain of the supply ship of Pedro Álvares Cabral’s fleet, sent back to Portugal with news of the discovery of Brazil.
Modern historians, however, credit the 1501-1502 expedition led by Fernão de Noronha with the discovery of the archipelago.

The first to actually describe the island was Amerigo Vespucci, who travelled with a Portuguese expedition of Gonçalo Coelho to Brazil in the year 1503.
In 1534, the Fernando de Noronha Archipelago was invaded by the English, and from 1556 until 1612, it was held by the French.
In 1628, it was occupied by the Dutch, who were displaced two years later by a Spanish-Portuguese military expedition led by Rui Calaza Borges. 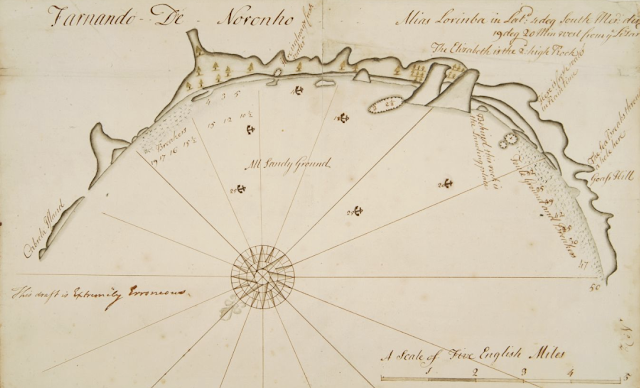 English manuscript chart on paper of a bay on Fernando de Noronha.
Many names in English, to the lower left.
A rare example of a manuscript sea chart, probably from the Thames School, with intriguing early annotations, perhaps used in the offices of the British Navy.
This draft is extremely Erroneous.

The Dutch occupied the island once again in 1635, making it a hospital for their troops who occupied Northeastern Brazil (the Brazilian coast between Rio São Francisco and Maranhão).
The island became known as Pavonia, in honour of Michiel de Pauw, one of the directors of the Dutch West Indies Company.
It would remain under Dutch control for nearly twenty years, when it was reconquered by Portugal.

Finding it uninhabited and completely abandoned in 1736, the French East Indies Company took the island and renamed it Isle Dauphine.
Only from 1737 on, after the expulsion of the French, Fernando de Noronha was definitively occupied by Portugal.
This time it was decided to fortify the island.
For this purpose, ten forts were built in all strategic points where a possibility of disembarkation existed; nine in the main island and one in the Ilha de São José situated in front of the Saint Anthony harbour.
The forts were connected by a network of stone roads.
This defense system was planned by the Portuguese military engineer Diogo da Silveira Veloso. Around 1770, the first permanent settlement, Vila dos Remédios, was founded.
The village was divided in two units (pátios); in the superior one were the administrative buildings, in the lower one the church and the associated religious buildings.

As Brazil became independent, very little changed for Fernando de Noronha.
At the beginning of the 20th century, the British arrived to provide technical co-operation in telegraphy (The South American Company).
Later the French came with the French Cable and the Italians with Intalcable. 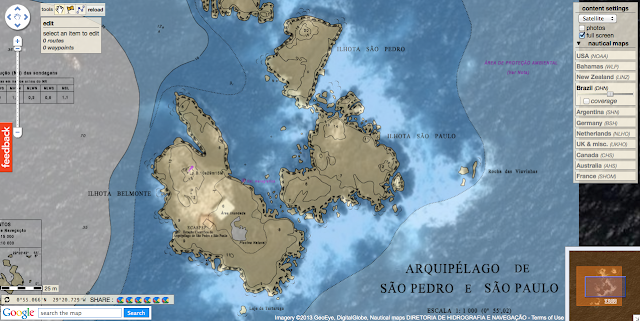 In 1942, during World War II, the archipelago was made a Federal Territory that also included Rocas Atoll and Saint Peter and Paul Rocks, and political and ordinary prisoners were sent to the local prison. In 1988 approximately 70% of the archipelago was declared a maritime national park, with the goal of preserving the land and sea environment.
On October 5, 1988, the Federal Territory was dissolved and added to the state of Pernambuco (except Rocas Atoll, which was added to the state of Rio Grande do Norte).
Posted by Peio at 1:35 PM