Underwater filmmaker Mike deGruy has spent decades looking intimately at the ocean.
A consummate storyteller, he takes the stage at Mission Blue to share his awe and excitement — and his fears — about the blue heart of our planet.
(Hooked by an octopus : recorded on the Mission Blue Voyage, April 2010 on the National Geographic Endeavor, the Galápagos Islands, Ecuador)
From Blue

On Friday, February 3rd, the world lost two outstanding individuals in a tragic helicopter crash in Australia.
Filmmakers Mike deGruy and Andrew Wight were working on a production together outside of Sydney for renowned filmmaker, James Cameron and National Geographic, when reportedly a malfunction caused the helicopter to crash at take-off. 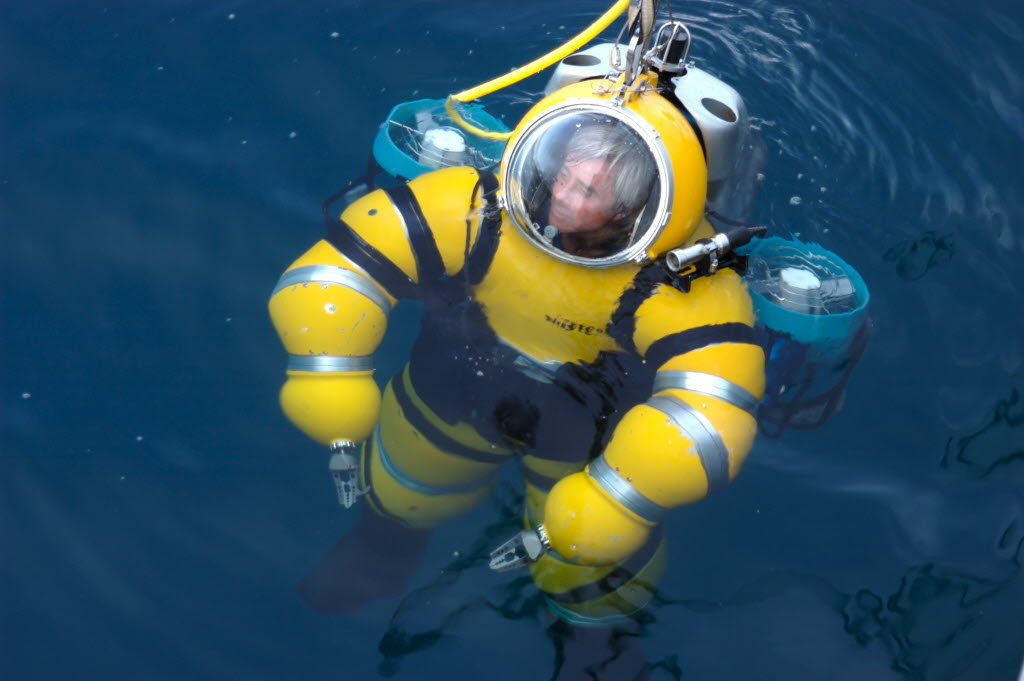 "Life is not measured by the number of breaths we take,
but by the moments that take our breath away." Maya Angelou
This loss is heartbreaking for many of us in the Ocean and Filmmaking communities where Mike and Andrew had such an impact.
Both men were exceptional individuals whose influence both professionally and personally will live on through their films.

Mike deGruy and his team of fish scientists squeak to each other with hysterical helium voices as they frantically chase a new species of fish.
Sadly, Mike's fish collecting skills aren't what they once were!
"Mike, have a star,﻿ you've earned it!"
Posted by Peio at 1:26 AM