The Rolex Sydney Hobart Yacht Race is one of the most famous yacht races in the world.
Starting each year on 26 December, it is an examination of the preparedness and resilience of man and machine.
Organized by the Cruising Yacht Club of Australia, in collaboration with the Royal Yacht Club of Tasmania, the 628 nautical mile offshore race stretches physical and mental resources to their limits.
The overall winner of the Rolex Sydney Hobart receives the Tattersall Cup together with a coveted Rolex timepiece, the recognised reward for excellence and a deserved prize for those that overcome not just their opponents, but nature too.
2018 marks the 74rd edition with over 90 yachts entered, including 13 from overseas.


From Nine by WWOS staff & AAP

The Rolex Sydney to Hobart Yacht Race has become an enduring icon of Australia’s summer.
Renowned the world over, the Sydney to Hobart pits the world’s best sailors against each other over 630 nautical miles down the coast of New South Wales, past Cape Howe and around the eastern coast of Tasmania.
The race has been fiercely contested by a host of local and international entrants, with the two-day race asking the best from its competitors and their yachts.

5 Days before the start to the 2018 Rolex Sydney Hobart Yacht Race the World on Water talks to the owner of Super Maxi Comanche on thwir preparations, hopes and team.

The 73rd Sydney to Hobart Yacht Race will be held on Boxing Day, December 26th, starting from Sydney Harbour at 1:00pm.

Of the 11 international entries this year, three come from the United States.
American boats have taken line honours on 11 occasions in the race, but just three times on handicap, the most-recent time in the latter category coming in 2007 through Rosebud.

Another American yacht Joyride also has good recent form, taking overall honours in the 2017 Van Isle 360 and 2018 Vic Maui races, both of which had taken more than 10 days to complete.
Rather than returning home after the latter race concluded in July, it sailed to Australia via a stop in Fiji, as owner John Murkowski decided to tick the Sydney to Hobart off his bucket list, after thinking about contesting the race for a long time.

One of the most-fancied overseas contenders is French boat Teasing Machine, the overall winner of the 2017 RORC Transatlantic race and third on handicap in the Middle Sea race, also last year.
Owner Eric Der Turckheim's previous Teasing Machine was on course to take overall honours in the 2015 Sydney-Hobart before falling victim to the notorious lack of early-morning breeze on the Derwent River, where she was parked for the best part of five hours.

Rolex Sydney Hobart Yacht Race 2017 – Film – The Spirit of Yachting
The Rolex Spirit of Yachting film series presents the 73rd Rolex Sydney Hobart Yacht Race.
The behind-the-scenes footage in this 25-minute documentary covers the peak moments of this 628-nautical-mile offshore adventure from Sydney Harbour to Hobart, Tasmania.
After a phenomenal contest between Jim Cooney’s LDV Comanche and the Oatley family’s Wild Oats XI, the line honours title for first to finish was eventually attributed to LDV Comanche.
The winners of the coveted Rolex timepieces in honour of excellence on the water were awarded to Jim Cooney, who took home the Illingworth Trophy and set a new race record of 1 day, 9 hours, 15 minutes and 24 seconds, and to Matt Allen, who won the Tattersall Cup for overall win aboard Ichi Ban.
Weather conditions

InfoTrack owner Christian Beck is the one supermaxi boss disappointed by the latest weather forecast for the Sydney to Hobart yacht race starting on Boxing Day. 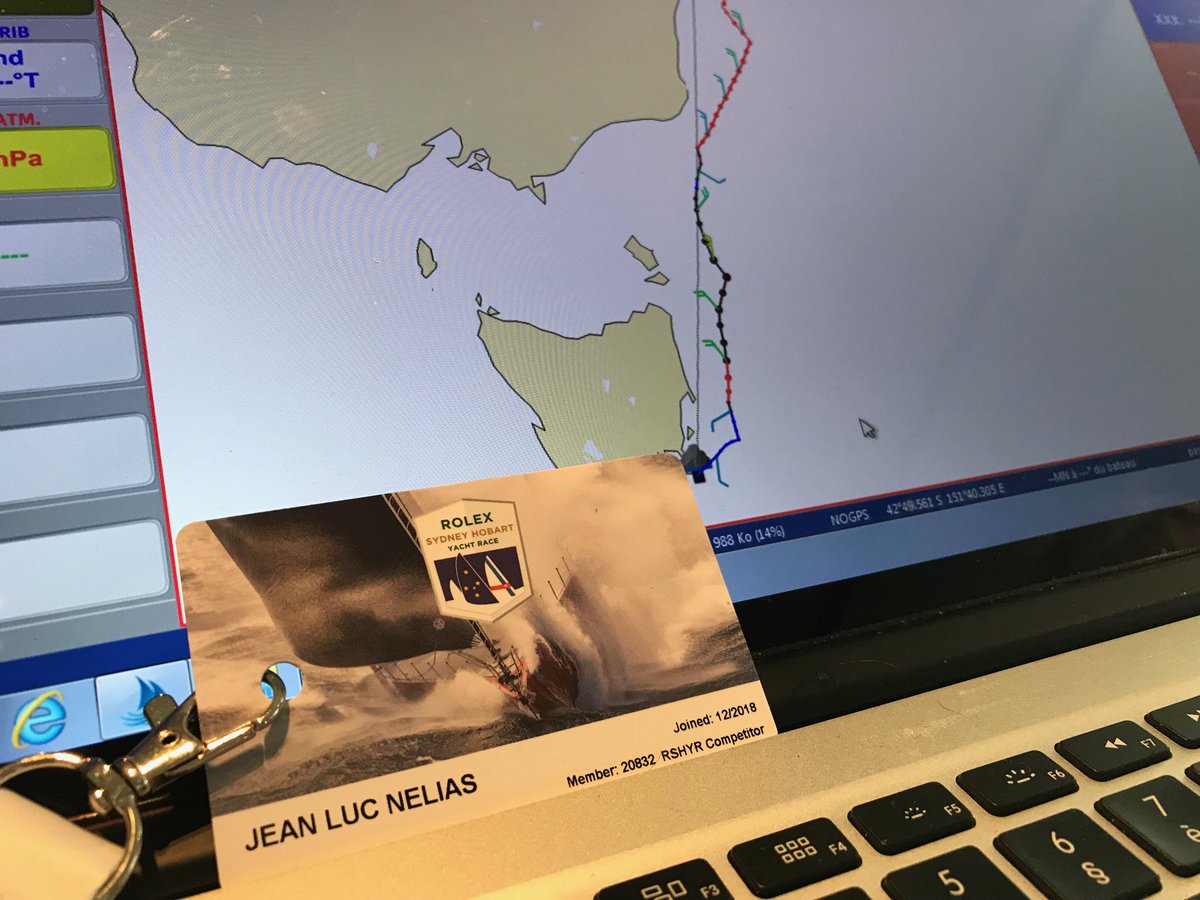 The forecast is for light winds at the start with north to north easterly breezes of about 15 to 25 knots for most of the first couple of days and no heavy weather for the fleet of 85, which includes five supermaxis.
"I think a big heavy boat like InfoTrack, we really need a lot of wind, so it's a bit disappointing for us, really," Beck said.
"We can sort of bash through the really heavy stuff but there is nothing to bash through in this forecast.”