The crystals that may have helped vikings navigate Northern Seas

From NYTimes by Steph Yin

A depiction of Erik the Red arriving at Greenland in the 10th century.
Researchers theorize that crystals called sunstones aided Viking navigation, even in overcast weather.
Creditvia Alamy

When the Vikings left the familiar fjords of Norway for icy, uncharted territories, they were at the mercy of weather.
They had no magnetic compasses, and no way to ward off stretches of heavy clouds or fog that made it difficult to navigate by sun.
How the explorers traversed open ocean during these times is a mystery that has long captivated scholars. 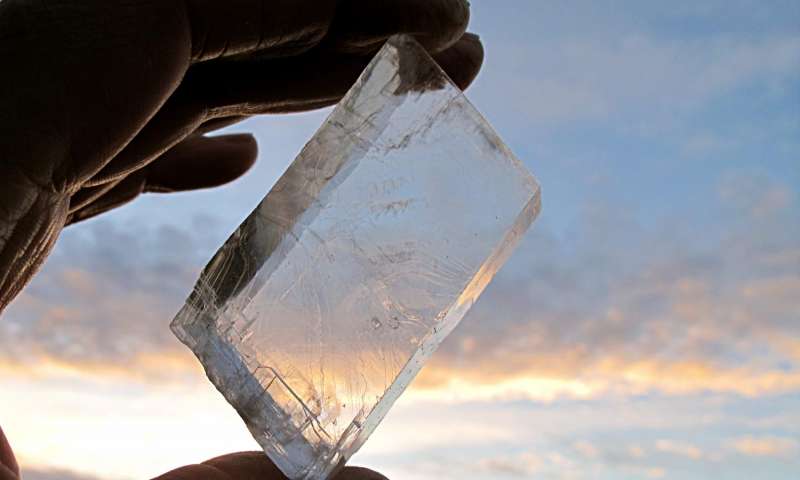 This "Iceland spar" is another type of sunstone researchers hypothesize vikings use.

Norse sagas refer to a sólarstein or “sunstone” that had special properties when held to the sky.
In 1967, a Danish archaeologist named Thorkild Ramskou suggested these were crystals that revealed distinct patterns of light in the sky, caused by polarization, which exist even in overcast weather or when the sun dips below the horizon.

Multiple translucent crystals fit the bill, namely calcite, cordierite and tourmaline.
None have ever been found at Viking archaeological sites, but a calcite crystal was discovered in the wreck of a British warship from the 1500s, indicating it might have been a tool known to advanced ocean navigators. 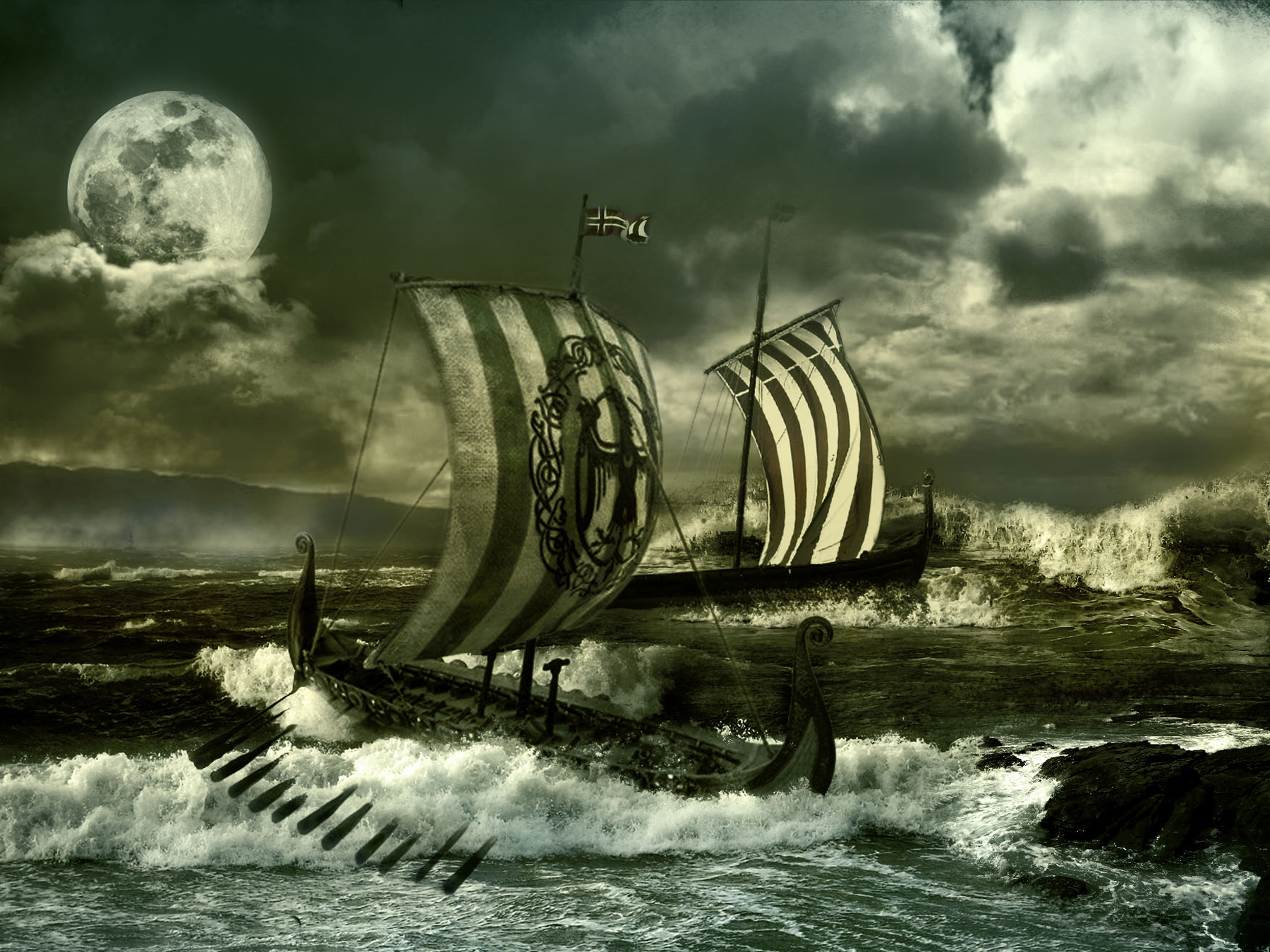 A study published Wednesday in Royal Society Open Science advances this idea, suggesting the Vikings had a high chance of reaching a destination like Greenland in cloudy or foggy weather if they used sunstones and checked them at least every three hours.

“This study is an important step forward because it addresses the issue of cloudy conditions in a systematic way,” said Stephen Harding, author of the book “Science and the Vikings” and a biochemistry professor at the University of Nottingham who was not involved in the study.

If Vikings oriented their ship with calcite, according to the researchers, they had a 92 to 100 percent chance of getting within sight of Greenland.

Dénes Szás and Gábor Horváth, authors of the new study and physicists at Eötvös Loránd University in Hungary, are part of a research group that has spent years scrutinizing the possibility that Vikings employed sunstones.


How to use the Viking Uunartoq sun compass,
plus how to make a simple version in the forest if your lost

In 2014, the group suggested a medieval artifact called the Uunartoq disc was part of a sun compass that the Vikings used in conjunction with sunstones.

Their latest work uses a computer model that simulated 3,600 three-week trips from Norway to Greenland under varying cloud cover at two dates, spring equinox and summer solstice, which are marked on the Uunartoq disc.

If the Vikings oriented their ship with calcite, cordierite or tourmaline at least every three hours, the model showed, they had a 92 to 100 percent chance of getting within sight of Greenland.
These are “surprisingly large success rates” for navigating in overcast conditions, the authors noted.

The key to sunstone navigation is polarization, a process that filters light rays so they can only move in one plane.
Sunlight starts out oscillating in multiple planes, but atmospheric particles create concentric rings of polarized light around the sun, even on cloudy days.
Though some animals, like ants and crickets, can detect these patterns, polarization is practically indiscernible to the naked human eye.

Crystals can help.
When polarized light passes through calcite, it splits into two beams.
By rotating a calcite crystal against the sky and noting changes in brightness between these beams, one can find the atmosphere’s polarization rings and figure out where the sun is.
(Cordierite and tourmaline work a bit differently, but the principle is similar.)

The Vikings may have calibrated crystals in sunny weather, then used them to navigate on gray days, Dr. Horváth said in an email.

Amit Lerner, an animal vision researcher based in Israel, wonders if navigation by sunstone would have been too cumbersome for the Vikings to pull off.
“Small mistakes in navigation — even by a fraction of an angle — can lead to enormous diversions” in long-distance trips, he said.

Dr. Harding said we shouldn’t be quick to dismiss the Vikings, who “were brilliant” despite popular perception of them as brutes.

The study’s authors hope to settle the score with the ultimate test: a round-trip voyage between Norway and Greenland, navigated by sun compass and sunstones.