How did a Japanese WWII submarine end up in Texas? 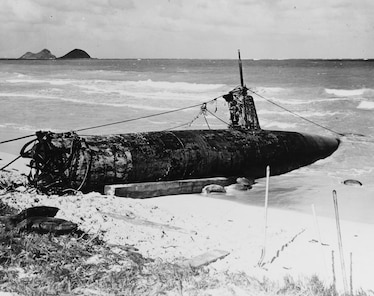 After the attack on Pearl Harbor, the mini-sub washed ashore in Hawaii in December 1941.
Then came the fight over who’d get to keep it.

Aside from the wreckage of the battleship U.S.S. Arizona, now resting beneath the waters of Hawaii, it may well be the most striking surviving artifact from the attack on Pearl Harbor.

Frighteningly black and sleek, the 76-foot-long, 40-ton submarine known only by its assigned battle number, HA-19, served as part of the Japanese fleet’s vanguard, arriving at Hawaii even before the first bomb fell.

Yet this relic of the War in the Pacific sits not in Hawaii, where it washed ashore the day after that fateful morning, nor even at the Smithsonian.
If you want to visit HA-19, you’ll need to travel some 3,700 miles from Oahu—indeed, 1,000 miles from the nearest ocean—to a museum located just off the main street of Fredericksburg, Texas, a lazy hill country town of 12,500 or so residents.

Just how HA-19 ended up in a region known mostly for its peaches, pecans, and Tempranillo wine is a tale of hometown pride, outrageously inventive legislative sleight-of-hand, and the power of a famous name.
Tip of the spear

On December 7, 1941, Japan’s navy unleashed six aircraft carriers and 420 planes on Pearl Harbor.
But first came the submarines—five two-man mini subs, each armed with a pair of torpedoes meant to strike the first blows.
And now, deep in the heart of Texas, I’m standing before one of them.

Mounted against a sea-blue wall in the National Museum of the Pacific War, HA-19 looks surprisingly imposing, considering it has always been referred to as a “midget” submarine.
A streamlined hulk of steel with a single propeller, it resembles an oversized torpedo with a conning tower. 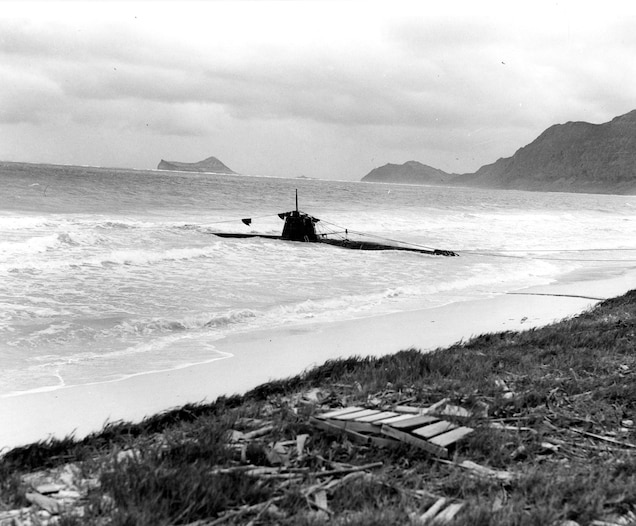 U.S. ships damaged or destroyed four Japanese midget submarines during the Pearl Harbor attack.
American patrols were stunned to find HA-19 sitting in the Oahu surf the next morning.
The surviving member of the two-man crew was found lying on the beach nearby.
Photograph By U.S. Navy Via Naval History And Heritage Command
Because the small subs had to surface frequently for fresh air, four of them were sighted by patrolling ships and destroyed with depth charges.
But no one in command took the presence of these craft as evidence of a coming bombardment.

Only Sakamaki made it to shore alive.
He crawled onto the sand and passed out.
When he awoke, he was facing the rifles of an American patrol.
Sakamaki begged the GIs to kill him.
They would not, and so he became the first Japanese POW of World War II.
For morale and money

Pearl Harbor enraged and humiliated America.
To raise both morale and money through war bonds, the U.S. government brought HA-19 to the U.S., mounted it on an 18-wheeler, and trucked it around the country.
Crowds turned out by the thousands to see the war prize.

On a wall of the Pacific War Museum is a photo of HA-19’s first visit to Fredericksburg, in 1943, rolling along Main Street.
In the background stands the Nimitz Hotel, built by the grandfather of Fredericksburg’s favorite son, Admiral Chester Nimitz, who happened to be commander of the Pacific Fleet.

After Japan’s surrender, war hero Nimitz returned to Fredericksburg and HA-19 virtually fell out of sight.
She’d been at Chicago’s Navy Pier when the war ended, and the Naval station in Key West asked for custody.
It was displayed there for several years, then moved to a spot at the foot of the Key West light house in 1964.

“For much of that time it was in pieces,” Museum of the Pacific War president Gen.
Michael Hagee (USMC Ret.) tells me as we chat on the second floor of what used to be the Nimitz Hotel.
Like Nimitz, Hagee was born in Fredericksburg.
Also like Nimitz, he’s a military man of the first order—the former Commandant of the Marine Corps. 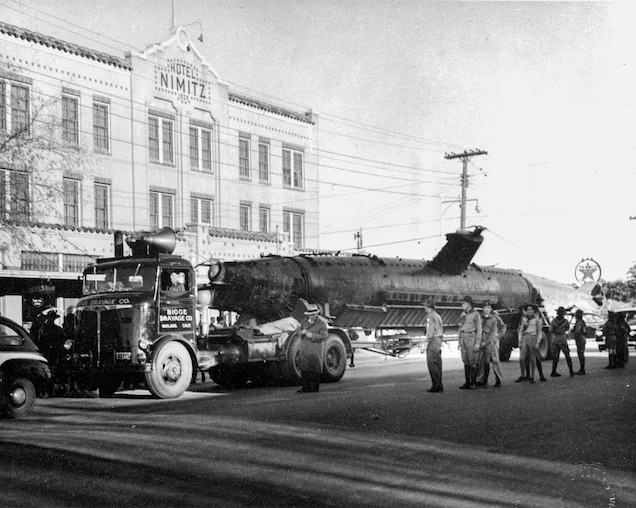 On its 1943 nationwide War Bond tour, HA-19 rolled through the streets of Fredericksburg, Texas.
The Nimitz Hotel—named for the grandfather of World War II Admiral W.
Chester Nimitz—is now part of the National Museum of the Pacific War, permanent home of HA-19.
Photograph Via Fleet Admiral Chester W. Nimitz And U.S. Naval History And Heritage Command
In the 1980s a group of Fredericksburg history buffs were assembling artifacts for a museum honoring Nimitz when they found HA-19 rusting away in Key West.
Coincidentally, administrators of the Key West lighthouse were at the same time trying to figure out what to do with HA-19, since it didn’t fit in with the historic story they were trying to tell about lighthouses and the Keys.
They told the U.S. Navy, which retains ownership of the sub, they’d be happy to give HA-19 a new home in Texas.
And so, in 1991 HA-19 took one more road trip, 1,600 miles from the tip of Florida to the crest of a Texas hill.

But Hawaii’s powerful senator, Daniel Inouye, had other ideas.
A decorated World War II veteran, Inouye insisted that HA-19 be returned to the site of its infamous failed mission and displayed at the Pearl Harbor National Memorial.
The National Park Service, which maintains the memorial, agreed, and drew up plans to take HA-19 away from its Texas home.

But as they’ve been proving ever since the Alamo, Texans don’t roll over.
In 1994, fevered negotiations began among the Park Service, the Navy, and the museum.
Fredericksburg, it turned out, had some aces up its sleeve.
For one thing, it had possession of HA-19.
Secondly, Hagee says, “We had the funds to restore the sub.
The Park Service didn’t.” 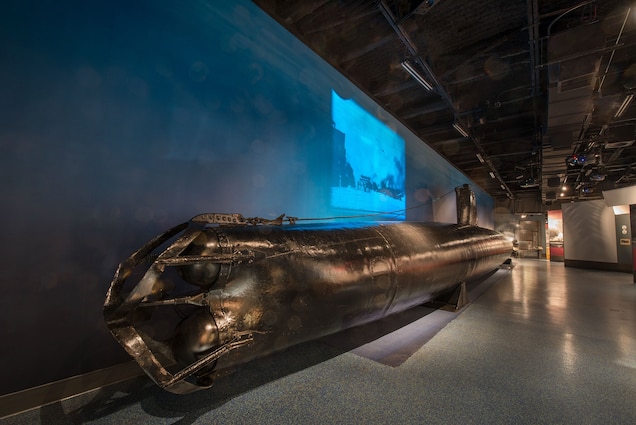 It took some Texas-style wrangling, but HA-19 has found a permanent home in the George H.W.
Bush gallery of the National Museum of the Pacific War in Fredericksburg, Texas.
Photograph By Alpha Stock, Alamy
The Park Service also ran into unexpected resistance from veterans groups, who resented the notion of a Japanese sub having a place of honor mere feet from the wreckage of the Arizona.
It also helped that the Texas museum gallery housing HA-19 was named for former President George H.W.
Bush, who’d cut the ribbon at the opening ceremony.

But Inouye persisted, appealing directly to then-President Bill Clinton.
“If Clinton was anything, he was the consummate politician,” Hagee says.
“He said, ‘Tell you what. Let’s all take a step back, wait 10 years, and then we’ll review it.’ Of course Clinton knew he’d be long gone from the White House by then.”

Eventually, in 1998, the Park Service gave its blessing to HA-19 remaining in Texas.
Still, the Texas legislature has a powerful Plan B in store just in case some future White House tries to move HA-19.
Somewhere in the Texas State House, Hagee has been told, is the draft of a law declaring “that no midget submarine may be transported on a Texas highway.”

And what if the feds were to arrive in Fredericksburg with a helicopter to lift HA-19 out of the state? Plan C is already in place.

“That thing is cemented into the Bush Gallery,” says Hagee.
“It’s not going anywhere.”
Links :
Posted by geogarage at 1:19 AM