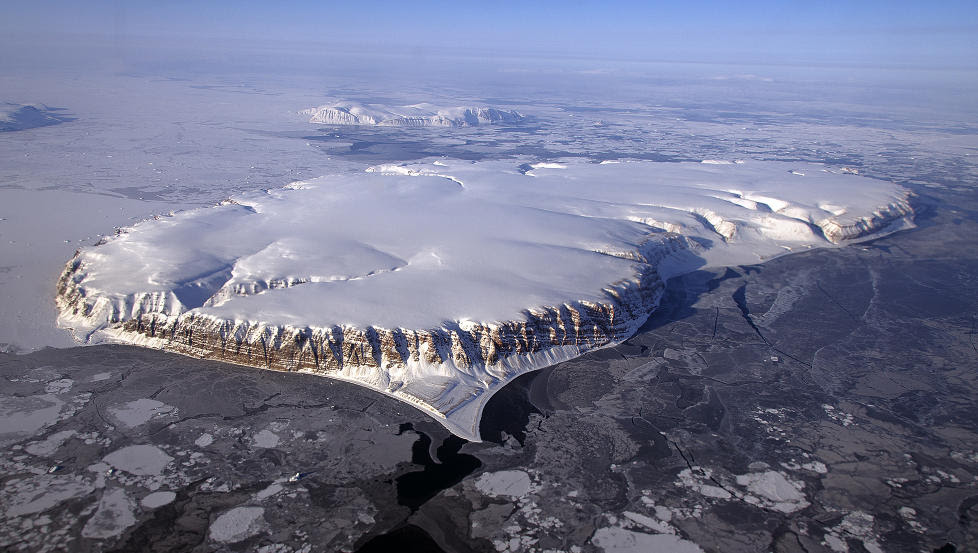 The Arctic seas are being made rapidly more acidic by carbon-dioxide emissions,
according to a new report.
Ice-capped Saunder Island is ringed by a layer of thin sea ice in Baffin Bay.
Photo : Reuters/Michael Studinger/NASA/Handout

Scientists from the Arctic Monitoring and Assessment Programme (AMAP) monitored widespread changes in ocean chemistry in the region.

They say even if CO2 emissions stopped now, it would take tens of thousands of years for Arctic Ocean chemistry to revert to pre-industrial levels.
Many creatures, including commercially valuable fish, could be affected.
They forecast major changes in the marine ecosystem, but say there is huge uncertainty over what those changes will be. 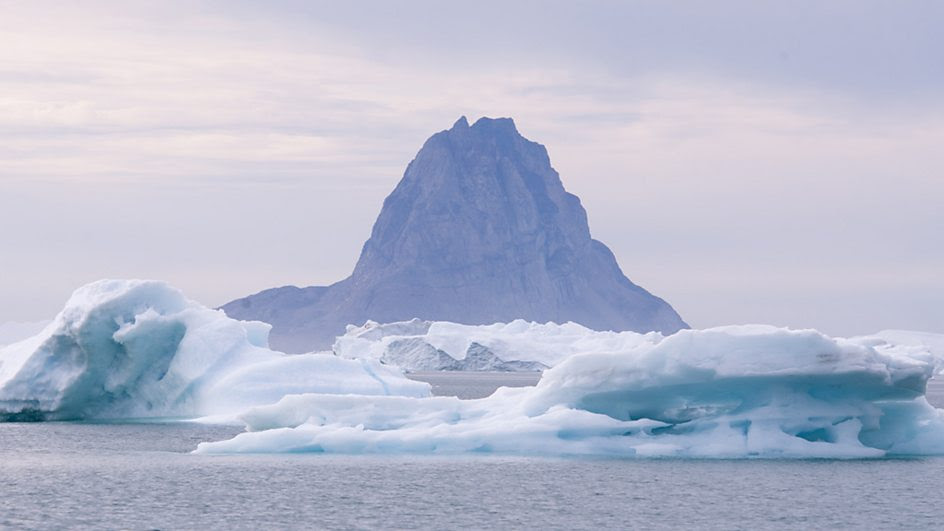 It is well known that CO2 warms the planet, but less well-known that it also makes the alkaline seas more acidic when it is absorbed from the air.
Absorption is particularly fast in cold water so the Arctic is especially susceptible, and the recent decreases in summer sea ice have exposed more sea surface to atmospheric CO2.
The Arctic's vulnerability is exacerbated by increasing flows of freshwater from rivers and melting land ice, as freshwater is less effective at chemically neutralising the acidifying effects of CO2.

The researchers say the Nordic Seas are acidifying over a wide range of depths - most quickly in surface waters and more slowly in deep waters.
The report’s chairman, Richard Bellerby from the Norwegian Institute for Water Research, told BBC News that they had mapped a mosaic of different levels of pH across the region, with the scale of change largely determined by the local intake of freshwater.
“Large rivers flow into the Arctic, which has an enormous catchment for its size,” he said.
“There’s slow mixing so in effect we get a sort of freshwater lens on the top of the sea in some places, and freshwater lowers the concentration of ions that buffers pH change. The sea ice has been a lid on the Arctic, so the loss of ice is allowing fast uptake of CO2.” 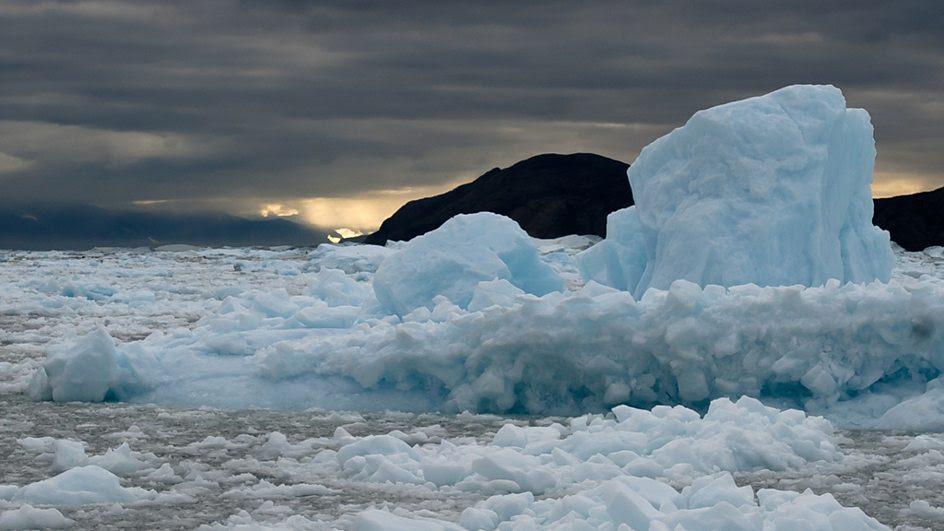 photo Chris Packham
This is being made worse, he said, by organic carbon running off the land – a secondary effect of regional warming.
“Continued rapid change is a certainty,” he said.
“We have already passed critical thresholds. Even if we stop emissions now, acidification will last tens of thousands of years. It is a very big experiment.”

The research team monitored decreases in seawater pH of about 0.02 per decade since the late 1960s in the Iceland and Barents seas.
Chemical effects related to acidification have also been encountered in surface waters of the Bering Strait and the Canada Basin of the central Arctic Ocean.

Scientists estimate that the average acidity of surface ocean waters worldwide is now about 30% higher than before the Industrial Revolution.
The researchers say there is likely to be major change to the Arctic marine ecosystem as a result. Some key prey species like sea butterflies may be harmed.
Other species may thrive.
Adult fish look likely to be fairly resilient but the development of fish eggs might be harmed.
It is too soon to tell.
Posted by Peio at 1:23 AM