Scientists have discovered a 10-metre-high rock of granite deep in the Atlantic, suggesting a continent may have existed off the Brazilian coast.
As granite is usually only found on land, the discovery points to a previously unknown landmass that was swallowed by waves.
Researchers will carry out further investigations before removing a sample of the material

Nearly 2,600 years after Greek philosopher Plato wrote about the fabled metropolis of Atlantis, vanished forever beneath the sea, a Japanese-manned submersible has discovered rock structures that may be evidence of a continent that similarly disappeared beneath the Atlantic Ocean many, many years ago.

A member of the Geological Service of Brazil with the rocks dug out from the deep sea bed.
Photo: AFP

The Japan Agency for Marine-Earth Science and Technology (JAMSTEC) and the Geology Service of Brazil (CPRM) announced Tuesday the discovery of granite at the bottom of the Atlantic Ocean, about 900 miles off the coast of Rio de Janeiro. 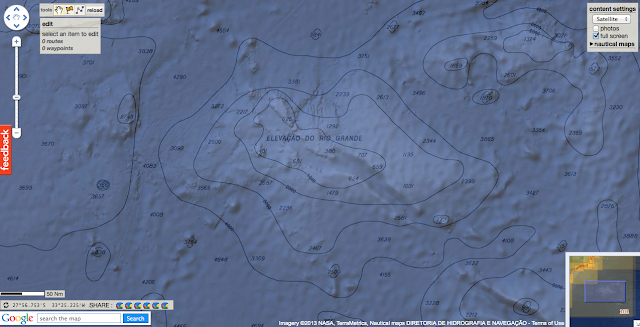 Rio Grande Elevation, a rise on the ocean floor about 1,500 km (932 miles) southeast of Rio de Janeiro, features granite and minerals, including iron, manganese, and cobalt, that differentiate it from the rest of the surrounding seabed.
>>> geolocalization with the Marine GeoGarage <<<

Granite, normally found on dry land, suggests that a continent once existed in the region and then sank, much in the same way Plato described, according to The Japan Times.

“South America and Africa used to be a huge, unified continent," Shinichi Kawakami, a professor at Gifu University told the outlet.
"The area in question may have been left in water as the continent was separated in line with the movements of plates." 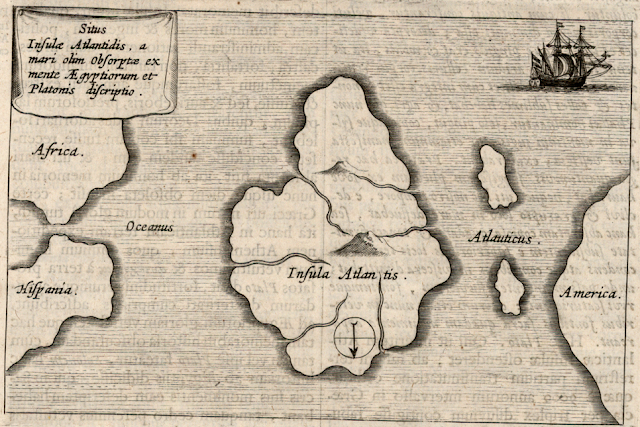 Plato wrote that Atlantis was "an island situated in front of the straits which are by you called the Pillars of Hercules," Reuters notes.
During Plato's time, the Straits of Gibraltar were known as the Pillars of Hercules, so Atlantis-seekers have focused their search in the Mediterranean and Atlantic. (However, others disregard the tale altogether, NTDTV points out.)

"Obviously, we don’t expect to find a lost city in the middle of the Atlantic," Santos said, according to the Telegraph.
“But if it is the case that we find a continent in the middle of the ocean, it will be a very big discovery that could have various implications in relation to the extension of the continental shelf."

The Shinkai 6500 (しんかい) is a manned research submersible that can dive up to a depth of 6,500 m. It was completed in 1990 and has the greatest depth range of any manned research vehicle in the world.
The vehicle is owned and run by JAMSTEC (Japanese Agency for Marine Earth Sciene and Technology)
Two pilots and one researcher operate within a 73.5 mm thick titanium pressure hull with an internal diameter of 2.0 m.
Buyoancy is provided by syntactic foam.
Three 14 cm methacryl resin view ports are arranged at he front and on each side of the vehicle.

JAMSTEC, which is currently conducting a variety of missions and experiments, has been exploring this region in the Atlantic for some time using its state-of-the-art manned mini-sub the Shinkai 6500, the Telegraph notes.
On its website, JAMSTEC states its mission is "to contribute to the advancement of academic research in addition to the improvement of marine science and technology by proceeding the fundamental research and development on marine, and the cooperative activities on the academic research related to the Ocean for the benefit of the peace and human welfare."

Finding Plato's actual lost city has been something of a holy grail for many researchers and has spawned several unproven "breakthroughs."

In 2011, a team of researchers claimed to have found Atlantis buried in mud off the tip of Spain.
The ancient city was allegedly flooded by a devastating tsunami, according to PopSci.
In 2009, a mysterious, underwater grid pattern on Google Earth was also heralded by some as the lost city; however, Google Earth quickly explained it was a glitch created by sonar boat data collection, Time reported.