What went wrong in the deadly America’s Cup crash ?

The team is nominally Swedish, but the tactician and CEO, Paul Cayard, is a San Francisco Bay Area native, and his crew is comprised largely of British and American sailors.
It was an Englishman who died, Andrew Simpson.
The crash of the Artemis boat comes six months after the defending champion, Team Oracle crashed catastrophically (though with no injuries) in San Francisco Bay 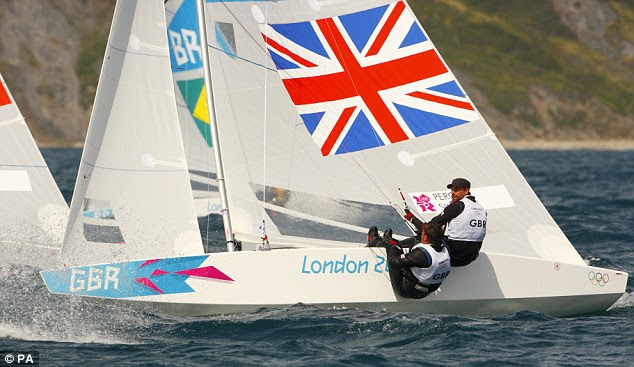 Preliminary reports indicate Artemis’s boat didn’t capsize because the sailors were pushing too hard or made a mistake, as was the case with Team Oracle.
The problem was with the boat itself, either faulty engineering or faulty construction.
The boat simply broke apart under sail, folded, then flipped. The Artemis boat has had a history of cracking and problems with the carbon fiber used in the twin “beams” — the two girders that lash the two narrow hulls together.
The boat had been in and out of the shed numerous times in an attempt to correct those problems.
Today, however, the forward beam — the girder in front of the sail — gave way during a practice run.
The two hulls, no longer connected, began sailing in slightly different directions.
This caused one hull to snap just forward of the aft beam, and the mast, held up by high-tension rigging connected to the front of the hulls, simply fell over.
The boat began to cartwheel, ultimately trapping Simpson underneath and drowning him.

The Oracle crash last October happened in much worse conditions, and in much rougher seas.
The team was risking a turn in a twenty-five knot wind, with an ebb tide that was running at six knots.
The new America’s Cup boats are powered with a solid wing instead of a soft sail, which makes them very efficient, but it also means that they cannot be de-powered.
The turning maneuver in high winds is greatly feared by sailors, who call it the “death zone.” Oracle’s boat was blown over mid turn, landing on its side.
In that case, the rigging securing the wing held, and the boat didn’t fully flip, allowing all of the sailors to exit safely.
The boat subsequently broke up when it was swept out the Golden Gate by the tide.

It is unclear what this latest capsize might mean to the future of team Artemis and, indeed, to the future of the America’s Cup itself.
Artemis may have the parts and resources needed to rebuild its boat before racing begins in July.
However, Simpson’s death makes it unclear whether the team will continue.
The high-powered boats have proved to be crash-prone and, now, deadly.
If Artemis pulls out, there would be only two teams left in the playoff series, the Louis Vuitton Cup, which establishes who will challenge Team Oracle for the America’s Cup.
If another of these powerful, but new and skittish, boats should crash, it could throw the entire contest into limbo.

Today however, has been devoted to eulogizing the sailor who died.
The team released a statement shortly after the incident:

“It is with immense sadness that Artemis Racing confirms the tragic death of crewmember Andrew “Bart” Simpson today in San Francisco. Simpson, a British double Olympic medalist, was one of the 11-man crew aboard Artemis Racing’s AC72 catamaran which capsized during training on San Francisco Bay ahead of this summer’s America’s Cup.
All other crewmembers are accounted for.
Simpson, however, was trapped underneath the boat and despite attempts to revive him, by doctors afloat and subsequently ashore, his life was lost.

“The entire Artemis Racing team is devastated by what happened,” said CEO Paul Cayard.
“Our heartfelt condolences are with Andrew’s wife and family.”