A white whale has been causing a splash after being spotted swimming in a pod of humpbacks by a British maritime engineer.

Dan Fisher, 32, was on a boat trip to Svalbard in Norway when he noticed a giant white hump rise from the water.
Rushing up a mast to get a better look, he quickly realised he was witnessing one of nature's rarest sights — a white whale, just like the iconic Moby Dick in the novel by American author Herman Melville. 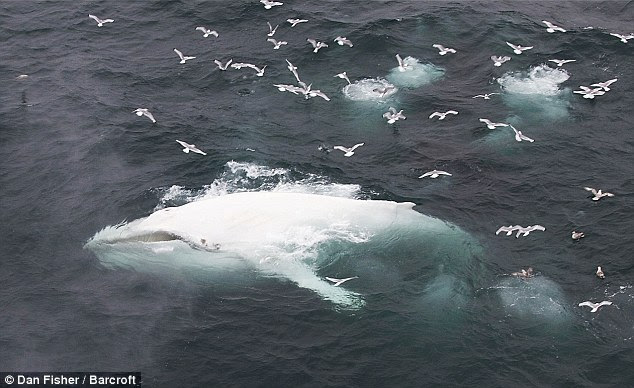 The humpback, looking like a real-life version of the iconic Moby Dick, was spotted swimming in a pod of whales off the coast of Norway 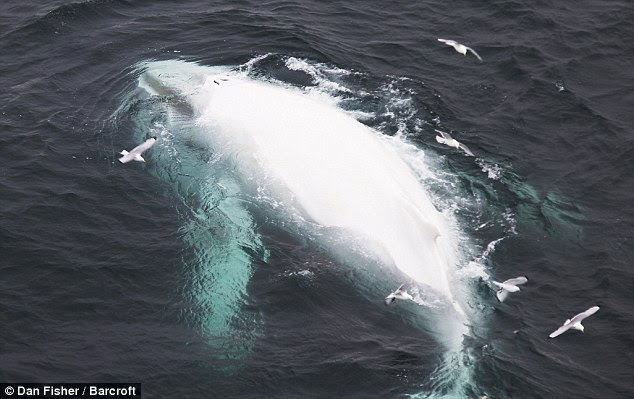 The whale is probably white because of a condition called leucism, which causes a reduction in all types of skin pigment 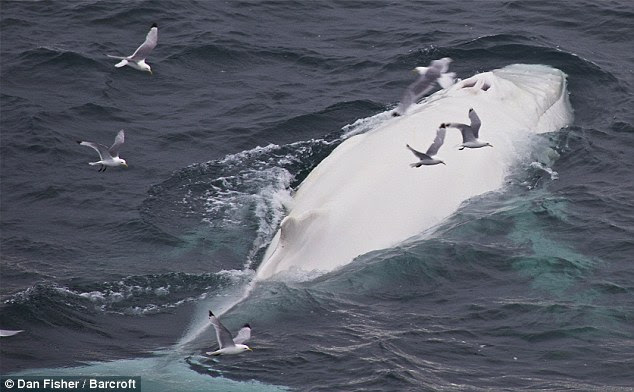 One of nature's rarest sights, it was spotted by Dan Fisher, 32, who was on a boat trip to Svalbard. He rushed up the boat's mast to snap these pictures 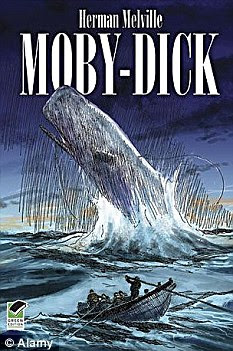 A classic: Moby-Dick, by American author Herman Melville, was first published in 1851

The whale probably has a condition called leucism, which causes a lack of pigmentation in its skin.
Mr Fisher, originally from Penyffordd in North Wales, said: 'When I spotted the white hump poking out of the water I was miffed as to what it was.

'But as soon as I realised it was a white whale, I was amazed.
'I quickly climbed the mast to get a good vantage point and captured these pictures.
'Afterwards we were all talking and decided to dub him Willow the white whale.'
Mr Fisher, who has spent 10 years working at sea as a maritime engineer, says he has never seen anything like it before. 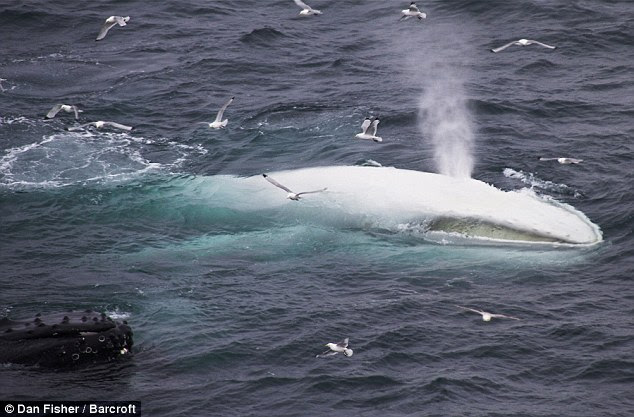 Mr Fisher, who has spent 10 years working at sea as a maritime engineer, says he had never seen anything like it before and called it a once-in-a-lifetime spot 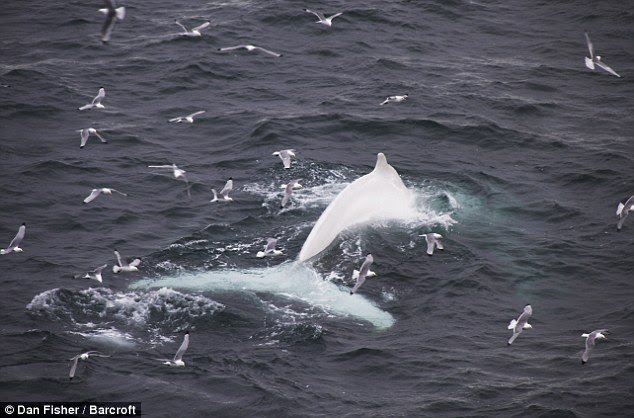 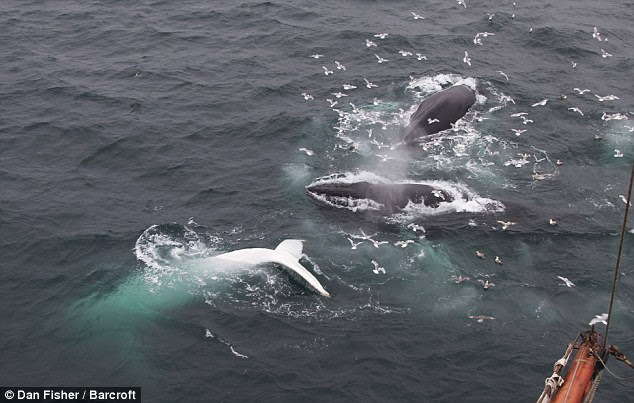 He later decided to dub the rare humpback Willow the White Whale
He added: 'Everyone I have told about it hasn't believed me until I show them the pictures.
'It was definitely a once-in-a-lifetime spot. I saw a lot of humpback whales this year but nothing as spectacular as this one.'
Melville's novel tells the adventures of sailor Ishmael, and his voyage on the ship Pequod, which is commanded by Captain Ahab.
Ishmael soon learns that Ahab has but one goal: to hunt down Moby Dick, a ferocious white sperm whale, that once destroyed Ahab's boat and bit off his leg off the coast of Japan in a previous expedition.
In the end Ahab's obsession dooms all his crew, apart from Ishmael, to death.

An 1825 illustration of the beached whale that inspired Moby Dick, based on a drawing by Richard Iveson of Hedon