Experts say there was a malfunction four days before incident.
Court specialists say the data are incomplete, the charts were not approved and the watertight doors were open

Not all of the Costa Concordia’s control systems were working.
When the ship ran aground on 13 January off the island of Giglio, it was navigating with watertight doors unsealed and charts that were “not approved”.
But the most serious anomaly, according to the experts’ findings, concerns the black box.

It has been ascertained that the box had not been working since 9 January, four days before the shipwreck that cost thirty-two lives.
Experts appointed by the court of Grosseto put this in their report on 4 April, pointing out that they had only been able to examine data from the ship’s computer.
They had to work on incomplete evidence since no data at all was recorded after 11.36 pm on 13 January.
This means that most of the evacuation of the ship took place “in the dark”, as witness and suspect statements taken over the past few months confirm.
But the principal source for this is the email correspondence acquired by public prosecutors investigating the behaviour of Captain Francesco Schettino and the possible responsibilities of Costa executives.
Messages exchanged by Pierfrancesco Ferro, head of Costa’s technical department, and the maintenance company show that a decision was taken to defer repairs on the black box until 14 January, when the Concordia was due to arrive at the port of Savona.
But it was too late.
Now magistrates will have to assess to what extent this influenced the unfolding tragedy, bearing in mind that the navigation code forbids ships from sailing in this condition.

One of the documents in the case file is an email from Ferro dated 22 January, nine days after the disaster, to Costa’s director general, Gianni Onorato, who had asked for a report on events.
Ferro writes: “I am attaching copies of all communications from the ship, from me and from the maintenance company. Email messages show that the warning came from the ship at 6.02 pm on 10 January. I read the email and forwarded it to the maintenance company at 10.46 am on 11 January. At 2.34 pm on 11 January, maintenance work was scheduled for 13 January at Civitavecchia, or for 14 January at Savona at the latest. The maintenance company subsequently phoned me to say that the work would be done at Savona”.

The correspondence makes it clear that this was not the first time the black box had failed.
In the email message asking the Fabio Fiorucci srl company to undertake the maintenance work, Ferro writes: “Good morning. Yet again, the Concordia’s VDR [Voyage Data Recorder] is malfunctioning because of the hard disk problem. The situation is becoming quite intolerable and it is unthinkable that so much money should be spent on service after service without obtaining any results”.
In reality, as is clear from the reply, the damage was much more serious because it involved the machine’s “capsule”.

Experts say that as a result, data was not recorded or filed.
The system simultaneously makes a “true copy” of information, recording everything on the ship’s computer.
Unlike the black box, however, this computer can be accessed and it will have to be ascertained whether the data have been manipulated in any way.
Nor is there any recording at all of what happened after 11.36 pm when the ship was being evacuated, as is pointed out by Bruno Neri, professor of telecommunications electronics at the university of Pisa, who is representing many of the plaintiffs.

The navigation code lays down that a ship may not leave port unless its instruments are in perfect working order.
Carlo Rienzi from the CODACONS consumer association, which is advising a number of the passengers, has made a formal request to the Grosseto public prosecutor’s office for “further investigations into the failure of the Martec system, which may have caused the death of some passengers”.
Martec is the control system that regulates the electrical power supply, among other things.
For the time being, it cannot be ruled out that the system’s failure may have prevented the door of one of the lifts from operating properly, causing four passengers to fall to their deaths when the ship hit the rocks.

The wrecked Costa Concordia will be refloated in its entirety
Photo: AP

Safety regulations stipulate that watertight doors should remain closed unless permission for them to remain open has been issued by the harbour office.
Although Costa has applied for permission, it is not thought to have been granted.
The ship’s officers confirm that the doors were open because, as Simone Canessa, who was on the bridge, says in his statement, “this was standard practice during navigation to make it easier for those who were working to come and go”.

Recordings from the operations rooms show that the doors were in fact left open.
It is no coincidence that forty minutes after impact, Staff Captain Ciro Ambrosio ordered the watertight doors to be shut.
The order could not be carried out because the switches were not working, perhaps because the Martec system was out of service.
The shouts of officer of the watch Giovanni Iaccarino just after the impact ring dramatically clear: “Water is getting in through the fire doors, water is still getting in through the fire doors”.

It is not clear if the nautical charts used indicate the shoal on which the Concordia ran aground.
For ship owner Costa Crociere, the captain is responsible for the charts used for navigation. According to the statement made by the ship’s cartographer, Simone Canessa, the electronic charts “were not of the authorised type”.
Costa Crociere stated that the ship was equipped with all the paper-based and electronic charts for the planned route, as will be shown during this stage of the trial.
It is however the captain’s duty, on the basis of the voyage plan that he himself draws up, to ensure that the ship is equipped with every nautical chart that is needed.
A captain who chooses to sail a route different from the planned itinary, is to ensure that the available charts were suitable in scale and accuracy of detail. 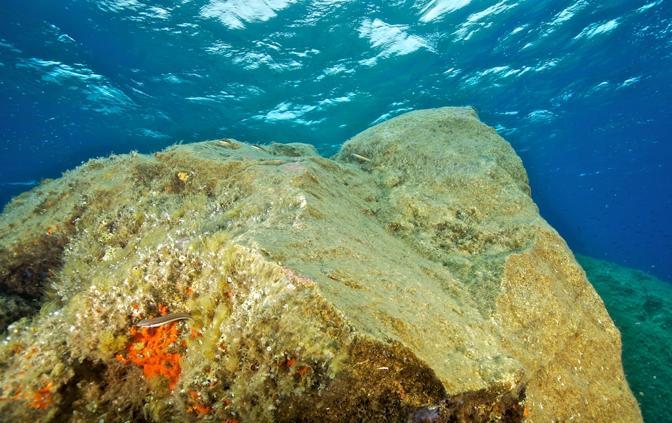 Costa Crociere Denies Concordia’s Equipment Was Faulty
No regulation prevents a ship sailing in the presence of an error code, claims company

What Costa Crociere is seeking to do today is sail with its passengers as far away as possible from memories of that awful 13 January and the wreck of the Concordia.
It is a commercial necessity but a difficult one to achieve.
The company is setting out to answer point by point the possible charges or suspicions over the state of the Concordia, its black box, the watertight bulkhead control systems and the ship’s charts.
The company’s line of defence was traced in the first days after the impact with the shoal off the island of Giglio: responsibility for the tragedy lies with Captain Schettino and his decision to take an unauthorised route a few hundred metres off the coast.

In answer to questions about the malfunction reported on 9 January, Costa Crociere replies: “The black box was giving an error code that absolutely does not imply that the Voyage Data Recorder (VDR) was not working. This is proved by the fact that the contents of the black box comply perfectly with engineers’ expectations”.
By 21 July, experts should have completed decryption of the black box data, which is expected to provide a definitive answer to the questions asked by the public prosecutor’s office.
Nonetheless, despite the appearance of an error code, which the company confirms, the Concordia continued its cruise from 9 to 13 January, the day of the tragedy, postponing repairs to its arrival at the port of Savona.
Everything shipshape?
But doesn’t the navigation code lay down that the black box should be in perfect working order before a ship can leave port?
Costa Crociere replies: “There is no international regulation or convention that decrees that a ship cannot sail in these conditions”.
On the malfunction issues regarding the Martec, one of the control systems for the electrical circuits and watertight doors, which remained open during the cruise, company sources merely said “that is not our information” and referred to the black box.
Costa executives said: “It is not our information that data from the VDR corroborate this claim, as will be apparent at the end of the special evidentiary hearing that is currently under way”.

The watertight doors, their state at the moment of impact and the speed with which they close are crucial issues in the reconstruction of events subsequent to the collision.

Nautical charts have also been in the investigators’ cross-hairs from the start since the ones used are reported not to indicate the shoal on which the Concordia ran aground.
For Costa Crociere, that is a matter for the captain.
There are two kinds of charts, electronic and paper-based.
According to the statement made by the ship’s cartographer, Simone Canessa, the electronic charts “were not of the authorised type”.
Costa Crociere replies: “The ship was equipped with all the paper-based and electronic charts for the planned route, as will be shown during this stage of proceedings. It is the captain’s duty, on the basis of the voyage plan that he himself draws up, to ensure that the ship is equipped with every other nautical chart”.
In other words, if Francesco Schettino wished to tackle a route different from the one that had been planned, it was his duty to ensure that the available charts were suitable in scale and accuracy of detail.
The point at issue, maintains Costa Crociere in a final salvo, “is that the ship should never have been sailing that close to the coast”.