A revolutionary "jelly fish early warning system" is to be launched on the French Riviera this week to avoid summer stings as scientists warn they could once again be the bane of bathers off the Mediterranean coast.

With its eight thin tentacles, four thicker "arms" and purplish mushroom-shaped bell, the Pelagia noctiluca or mauve stinger has become a regular, unwanted feature of the Côte d'Azur.
Despite the use of protective anti-jellyfish nets, thousands of the ancient organisms, whose population is thriving thanks to overfishing and global warming, still make it into swimming areas and are washing up onto Riviera beaches. 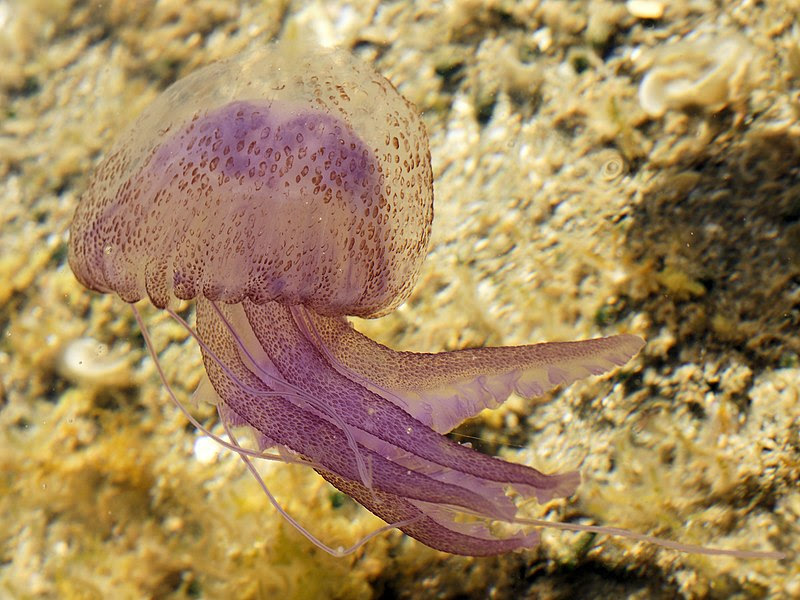 In recent years, up to 500 bathers have been reported stung in a single day along the coast and all the signs suggest a bumper year, scientists have warned.
Spain and Italy have also been struggling to tackle the blight.
Contact with its hairlike tentacles that can reach three metres in length causes nettle-like burns that take three days to clear and can provoke asthma and allergic attacks, and in rare cases heart failure.

To help swimmers avoid being ensnared in shoals of the poisonous invertebrates, the oceanological laboratory of Villefranche-Sur-Mer is launching a 48-hour internet jellyfish forecast.
Two websites partly funded by the European Union – Medazur.fr and jellywatch.fr – will cover beaches between Marseilles and Menton, and from Saint Tropez to the Italian border.

"We're offering a five-point probability rating going from zero (no risk) to five (maximum jelly alert) on beaches of the Alpes-Maritimes region," Lars Sternmann, one of ten scientists working on the project told Le Parisien. "

Our research has enabled us to discover that there is a link between the beaching of these jellyfish and the wind and currents," he said.
The brainless creatures normally live in the open Ligurian Sea but can be pushed towards the shore at night when they come to the surface.
Biologists say their proliferation is in part down to climate change and rising water temperatures, but also a decline in its only real predators – turtles and tuna.
The species, which glows in the dark, has also benefited from rising plankton levels and pollution-related nutrients.

All the oceans of the planet have seen rising numbers, leading to long-term fears of a "jellification of the oceans," according to Jacqueline Goy, a medusa specialist at the oceanographic institute of Paris. "In the Baltic Sea and China Sea we have seen jellyfish soups forming. "
In 2009, a Japanese fishing trawler even capsized when trying to haul up its nets that were full of giant jellyfish," she said.
Posted by Peio at 1:05 AM