Iran: what the law of the sea says about detaining foreign ships in transit 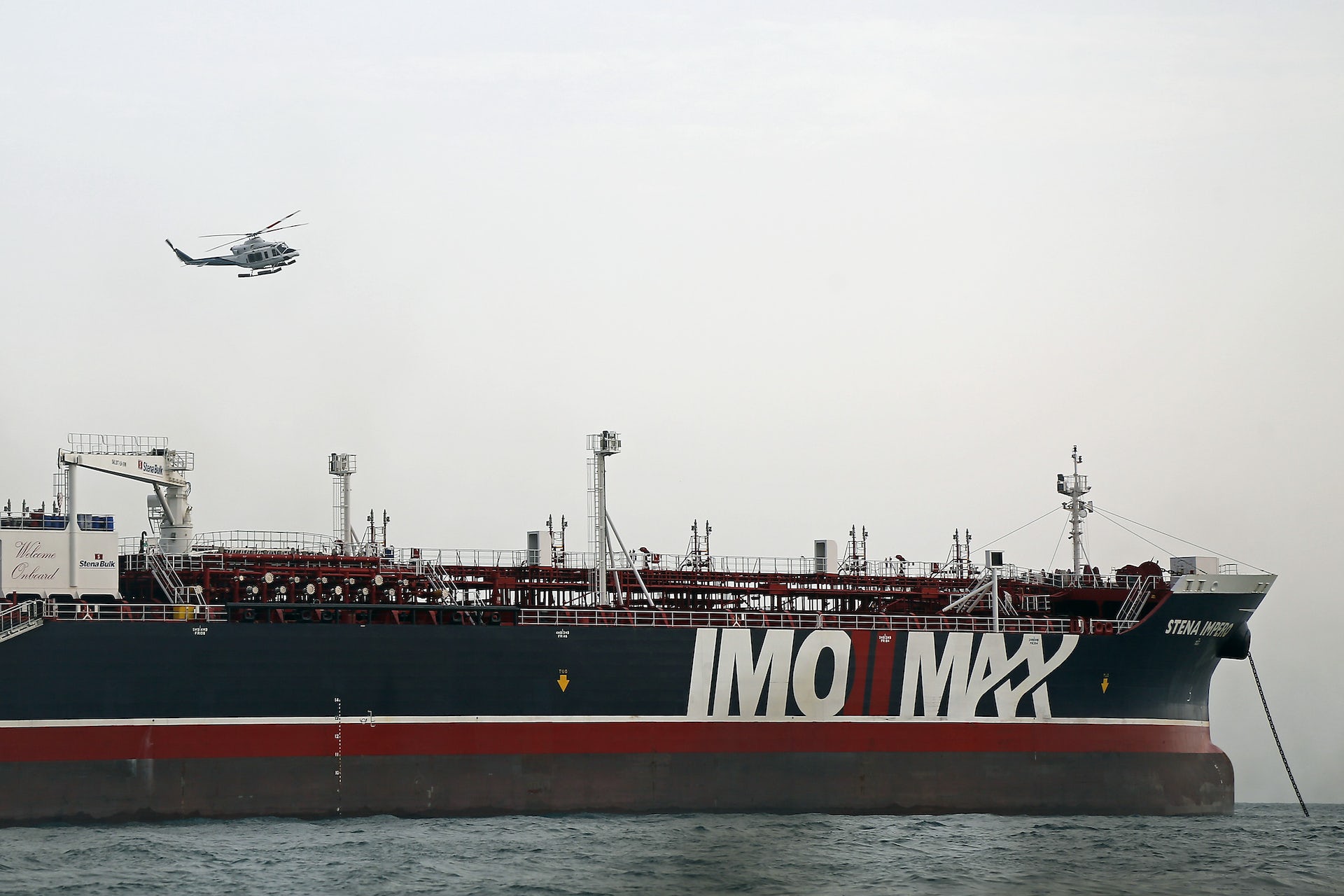 Seized: the Stena Impero in the Iranian port of Bandar Abbas.
Hasan Shirvania/EPA

From The Conversation by Andrew Serdy

With the British ship the Stena Impero now detained in an Iranian port, under investigation for its alleged transgression against navigation regulations in the Strait of Hormuz, there are several legally curious aspects to this affair.

So far, the Iranian authorities have given only scant detail of what the unlawful actions of the UK-flagged ship were that caused them to detain it.
The information seems contradictory.
Some reports say the ship collided with a fishing vessel, others that the change of course ordered by Iran’s Revolutionary Guard vessel was for security reasons.

Both explanations are wanting as pretexts for interfering with merchant shipping in straits used for international navigation during peacetime. 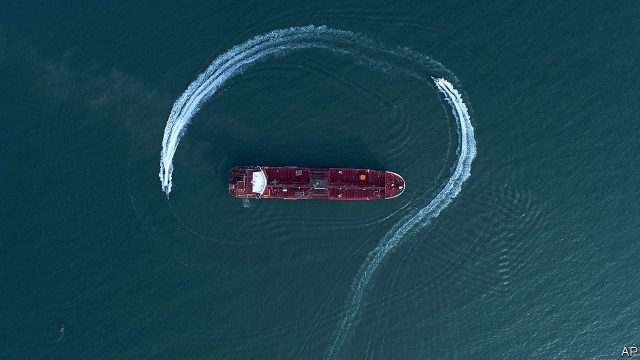 The legal regime for such straits, in Part III of the UN Convention on the Law of the Sea(UNCLOS), is designed precisely in order to keep open such vital chokepoints for seaborne trade.

Under Article 44, states bordering straits may not hamper transit thought them, nor suspend passage for any reason.
Article 39 obliges ships exercising the right of transit to proceed without delay through the strait, refraining from any threat or use of force against states bordering the strait.

In addition, Article 41 requires ships in transit to respect applicable sea lanes and traffic separation schemes.
Such a scheme does exist in the Strait of Hormuz, adopted by the International Maritime Organization, which directs westbound traffic within the strait through Iranian territorial waters.
It’s not clear where in relation to the outer limit of Iran’s territorial sea the Stena Impero was when the Iranian action took place, but Iran is not alleging the ship had no right to be where it was.

Ships in transit must also comply with generally accepted international regulations, procedures and practices for safety at sea, including the 1972 International Regulations for Preventing Collisions at Sea, and for preventing pollution.

Iran signed UNCLOS, but unlike the UK, never went on to ratify it.
This raises questions as to whether Iran is even bound by anything in the treaty.
If the matter were ever to go before an international court or tribunal – though that is unlikely as it would depend on Iranian consent to being sued – it would be in the UK’s interests to argue that the Part III regime, negotiated nearly 40 years ago, has also come to represent the customary international law on passage through such straits, applicable to all states.
This argument would stand a reasonable chance of succeeding.

The claim by the owners of the Stena Impero that the ship was in international waters needs to be approached with scepticism.
In the narrowest parts of the strait no such waters exist: all of it is within the territorial sea of either Iran or the other coastal state, Oman.
Still, there is nothing in Part III that allows a coastal state to intervene and order a vessel into port – the purpose of the legal regime is to keep traffic moving, and to deal afterwards with the legal consequences of any navigational incidents. 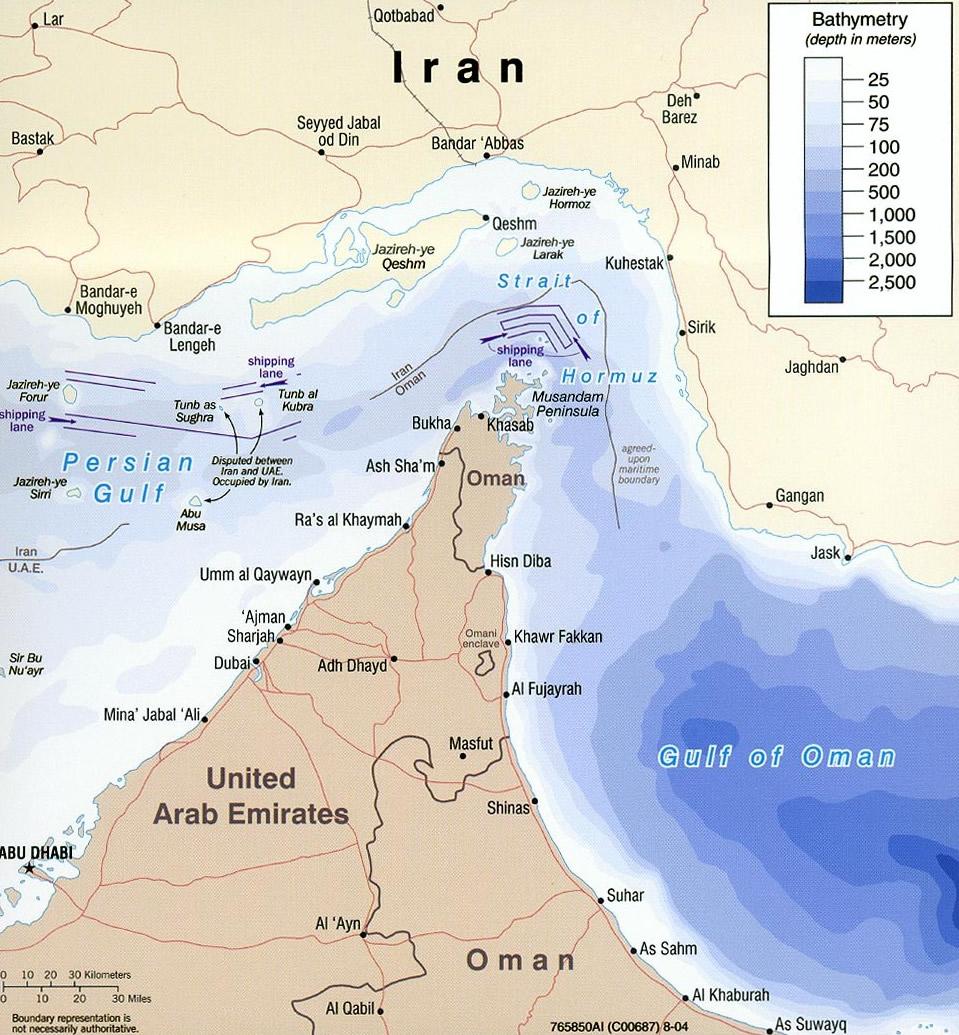 The 1982 UN Law of the Sea Convention means Hormuz is an international strait,
so all ships enjoy the right of safe passage through it :
Iran has not ratified the UN Convention on the Law of the Sea, as the US did not.

An act of retaliation

Iran threatened to retaliate against the UK for the detention in Gibraltar in early July of the Grace I, a tanker with a cargo of Iranian oil allegedly bound for a Syrian port contrary to EU sanctions.
It’s conceivable that Iran regards its act against the Stena Impero as authorised by the legal doctrine of countermeasures – but this is a rather long bow to draw.

Unlike domestic legal systems that normally frown on those who take the law into their own hands, in international law there is no police force, and to fill that gap the doctrine of countermeasures permits a limited degree of direct enforcement of obligations owed by one state to another, under a number of conditions.
The most straightforward of these is proportionality: detention of one ship in response to that of another.
But any defence based on countermeasures is always risky: the state advancing it is effectively admitting that its actions would otherwise be unlawful, and it depends on the accusation of prior breach by the other state being legally correct.

Yet it’s less than obvious that the UK’s detention of the Grace I did infringe Iran’s rights.
It may not even be an Iranian ship: it was removed by Panama from its shipping register in late May, alongside several others, on suspicion of breaching sanctions.
Unless Iran has since taken the Grace I onto its own register – of which there is no evidence to date – its only clear link with the Grace I is property in the cargo of petroleum, limiting Iran’s ability to argue its retaliation in taking the Stena Impero was a countermeasure.
And it certainly isn’t, as Iran has claimed, an act of piracy.

Piracy by the definition in Article 101 of UNCLOS can be committed only beyond the territorial sea, and the Strait of Gibraltar, like the Strait of Hormuz, is narrow enough to be completely overlapped by the territorial seas of the states on either side of it.
It can also only be committed for private ends by the crew or the passengers of a private ship or aircraft.
So the only way piracy can be committed by a warship or state-operated helicopter is if the crew has mutinied and is engaged in plunder for profit – clearly not the case with either of the detained ships.
“State piracy”, the UK’s equally overheated countercharge, doesn’t exist either.

All of the above is predicated on the law applicable in peacetime.
The picture would be very different if an armed conflict were to break out between Iran and the UK, and would justify many of the acts that appear legally dubious on the analysis above.
That may still happen if the escalating tension gets out hand, but we are not there yet.