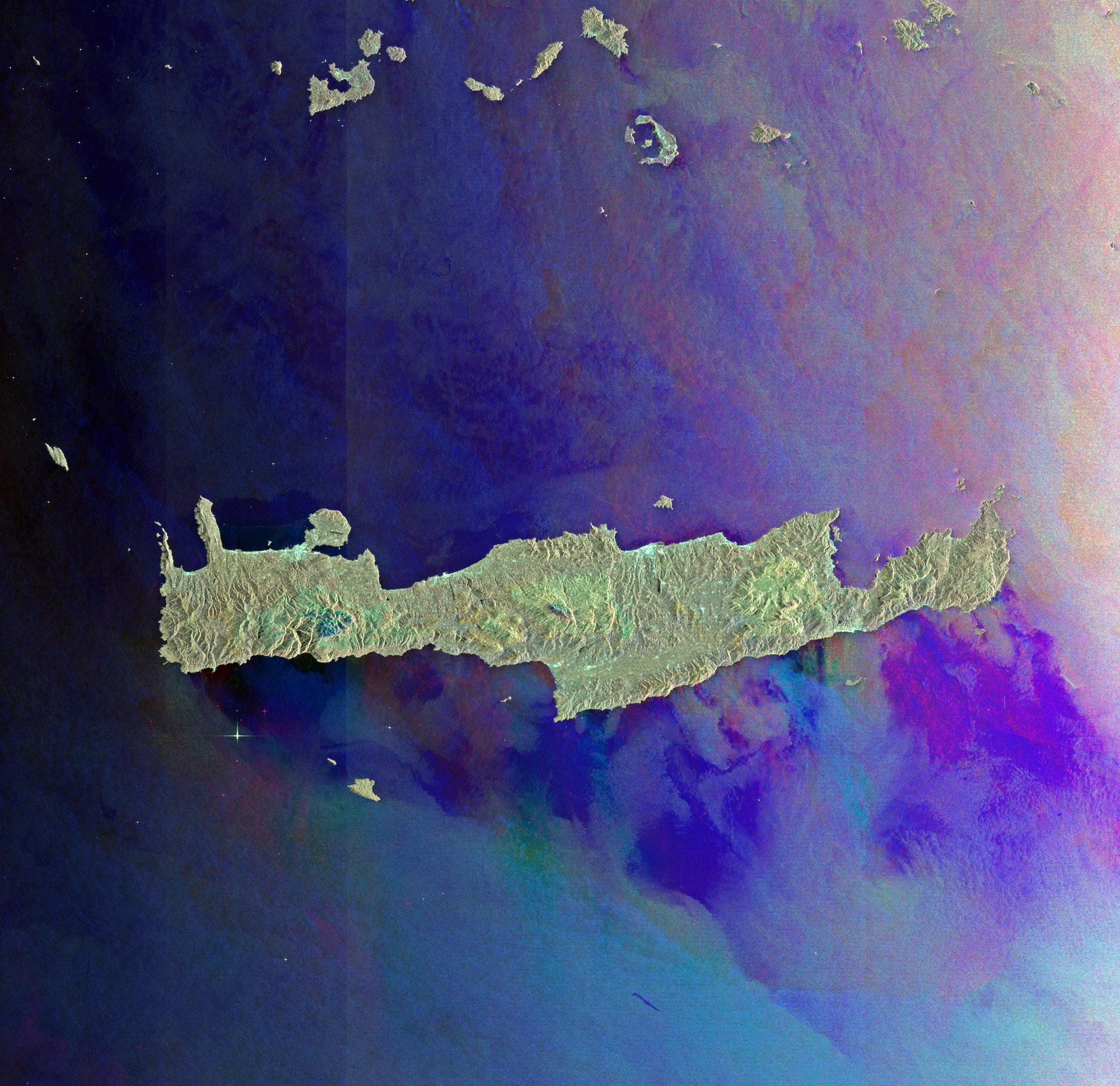 This Envisat image is dominated by the island of Crete separating the Aegean and Libyan Seas in the eastern Mediterranean.
At the top of the image we can see the southern portion of the Cyclades island group, including the islands of Milos, Ios, Anafi and Santorini.
This image is a compilation of three passes by Envisat’s radar on 11 December 2010, 10 January and 11 March 2011. Each is assigned a colour (red, green and blue) and combined to produce this representation.
New colours reveal changes in the surface between Envisat’s passes.
Credits: ESA
The largest and most populous of the Greek islands, Crete is home to numerous beaches, fertile plateaus, caves and high mountains.
Located at the centre of the island, Mount Psiloritis (also known as Mount Ida) towers over the others at 2454 m.
According to Greek mythology, the god of sky and thunder – Zeus – was born in a cave here.
While most of these islands are peaks of a submerged mountainous terrain, Milos and Santorini (the two backward-C-shaped islands) are volcanic.