Image of the week : Great Exuma Island, Bahamas from space

Amazing shot of Great Exuma Island, Bahamas from Space.
Image was taken by an astronaut of the Expedition 44 crew
(acquired July 15, 2015)

An astronaut aboard the International Space Station took this photograph of small island cays in the Bahamas and the prominent tidal channels cutting between them.
For astronauts, this is one of the most recognizable points on the planet. 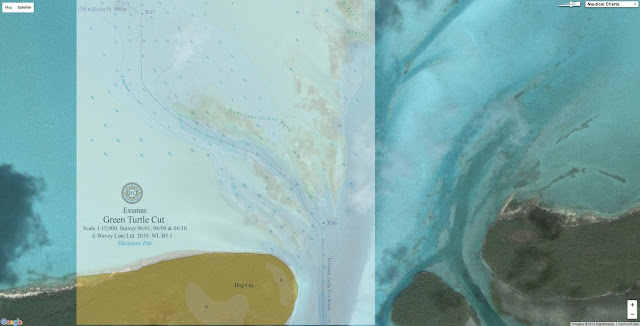 The string of cays—stretching 14.24 kilometers (8.9 miles) in this image—extends west from Great Exuma Island (just outside the image to the right).
Exuma is known for being remote from the bigger islands of The Bahamas, and it is rich with privately owned cays and with real pirate history (including Captain Kidd). 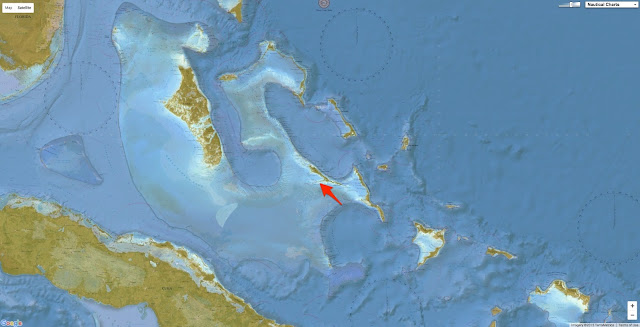 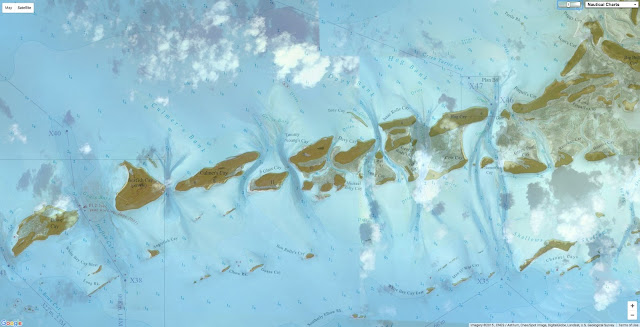 Small tidal changes on the banks cause great quantities of water to flow daily through the narrow channels between the cays, first in one direction and then the other.
The darker blue sections are the deepest parts of the channels, where the water flow has cut through the rock ridge that makes the line of cays.
The surrounding water is shallow (less than 25 meters, or 80 feet) and appears light blue.
Thanks to the astronaut’s steady hands in controlling a long lens in weightlessness, this photograph is detailed enough to show a single aircraft and its twin condensation trails.