The MV Faina cargo ship was hijacked by pirates in 2008.
Image credit: ‘MV-Faina-Pirates’ by the U.S. Navy

It looks like a standard radar screen, but the technology behind the red flashing dots that alert the crew of an ocean tanker to the presence of pirates is highly sophisticated.

Thermal cameras scan the seascape around a ship, while algorithms pick objects out on the horizon and determine whether they are fishing boats or pirate skiffs.
‘Pirates are desperate people,’ said Thomas Cane, a researcher with Britain’s maritime engineering consultancy BMT Group.
And asking sailors to fight back isn’t really fair.
‘They were not trained to be soldiers and fighting back would … put them at greater risk.’

Approximately 90 % of the world’s goods are carried by sea, as the most reliable and cost-effective way to move cargo around the globe.
But as with any thriving marketplace, the sea is a magnet for criminals who make millions of dollars for each ship they successfully hijack.

Somalia stands out in the recent history of piracy for a steep spike in incidents between 2009 and 2012 triggered by the political instability in the country.
The International Maritime Bureau reported that of the 53 ships hijacked worldwide in 2010, 49 were sailing off the country's coast.
In the face of a growing threat affecting not just East Africa but many of the main marine routes, from West Africa to Southeast Asia, the shipping industry started seeking ways to defend itself.

The countermeasures devised during the Somali piracy crisis were creative, ranging from water cannons to irritating, foul-smelling slime that would force the pirates to drop their weapons and jump into the water.
And when the use of armed guards turned counter piracy into a proper battlefield, the international community agreed that practical, ethical and legal questions needed addressing. 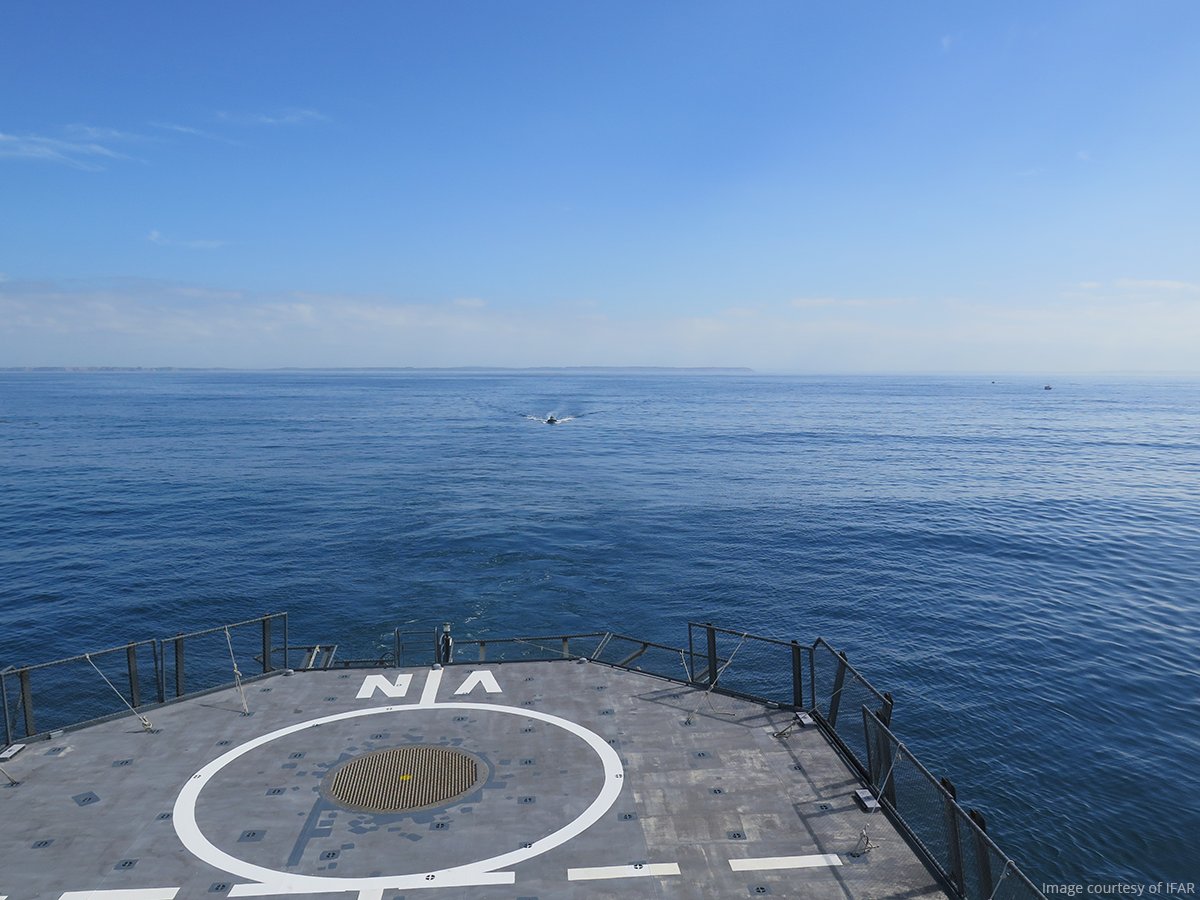 The EU-funded IPATCH project, coordinated by Cane, was launched with the aim of building a real-time monitoring system incorporating thermal surveillance cameras to estimate the likelihood of an imminent pirate attack.
It focuses on non-lethal measures and works by enhancing the radar already present on any standard ship.
Researchers piloted the new system in September last year, and are gearing up for a final demonstration on a commercial tanker in May.

Cameras around a ship can feed into a early detection system for pirates.
Image courtesy of BMT

The use of surveillance cameras is widely researched indoors and in urban environments, where everything is relatively stationary and the lighting conditions are favorable.
But at sea 'everything is moving around and a lot of the methods available don't perform well in a maritime environment,' Cane explained.
However, now that the technology has been adapted for the sea, 'the components can also serve a variety of other purposes, such as protecting oil rigs from attacks, or monitoring ports and harbours either for security or traffic management,' he said.

The IPATCH surveillance system uses 45 different parameters, including speed and size of the vessel on the horizon, what else is nearby, what time of the year it is and what the weather is like.
To turn the various parameters into scenarios and suggest what countermeasures to deploy in any particular case, the system taps into a database developed within IPATCH which collates and analyses all the piracy incidents that happened over the past five years.
The database is the result of a joint effort between the IPATCH team and another counter-piracy initiative supported by the EU, PROMERC.


PROMERC’s targeted impact is to reduce the vulnerability of EU merchant fleets and maritime supply lines to criminal abduction and extortion and thereby reduce risk to mariners, shipping, and the environment, while also reducing costs.

The project, which ended last year, had a similar objective – to collate information about how piracy works through the analysis of past incidents – but its focus was preventative.
But while IPATCH developed a system to reduce risk for ships already at sea, PROMERC devised a new way of helping shipping companies plan safer journeys.
‘We wanted to support maritime operators in their decision-making process, and help them assess the effectiveness of possible counter measures,’ says Professor Nikitas Nikitakos, at the University of the Aegean, in Greece, and a partner of the project.

First the team worked on route optimization, which is usually done ashore by the shipping company. The risk maps they produced offered a glimpse into the future perils of each journey.
By assessing factors such as moon phase, visibility, location and environmental conditions, an automated tool generated a recommended route which is as safe and as cost-effective as possible. 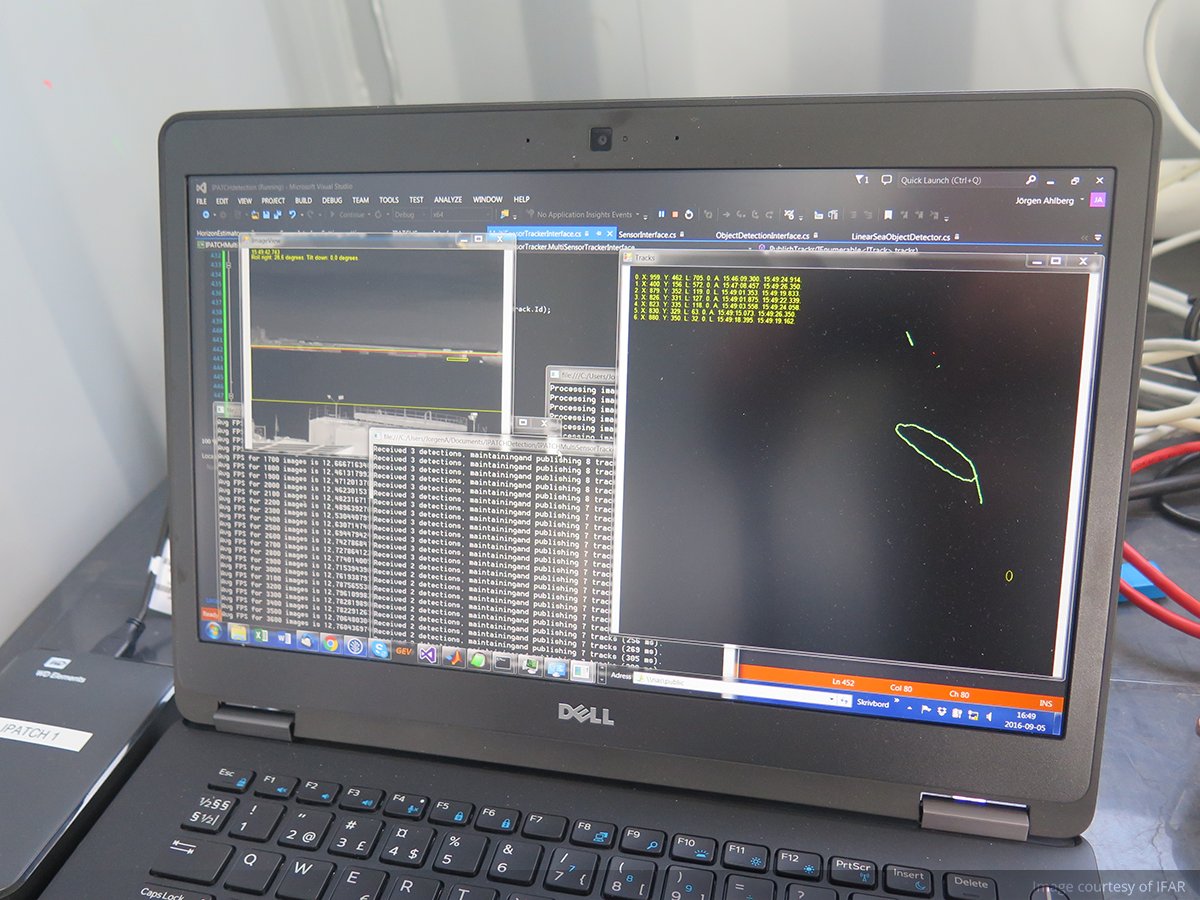 As in the case of the IPATCH real-time monitoring system, this voyage planner is underpinned by reliable data on how pirates operate.
The researchers created a dashboard that allows users to assess the effectiveness of any given counter-piracy measure through a series of filters and switches.
For example, a user may look for a defense measure that will work in broad daylight and can be installed before the start of the journey.
The system will work out which measures meet both the criteria and return a suggestion.
It also includes a system that allows a ship’s captain to choose the best non-lethal countermeasures to stop pirates getting aboard.
‘Piracy has negative ramifications in many different sectors,’ said Prof. Nikitakos.
‘It disrupts continuous shipping trade paths, it creates social problems when people are captured and ransoms have to be negotiated.’

Cyrus Mody, assistant director at the International Maritime Bureau, who was not involved in the project, agrees that better data and sophisticated technology are vital to plan and deploy the right assets, ensuring better value for money.
‘Piracy is a crime which is as fluid as the water on which it is committed,’ he said.
‘The criminals can easily move from one jurisdiction into another, while response agencies do not have this flexibility’, as organizations such as local law enforcement authorities need the proper permissions to enter the jurisdiction of another sovereign state.
Mody believes that ‘to facilitate a better response, information needs to be shared in a timely manner between the correct agencies,’ and having one point of access to the most updated knowledge on piracy incidents could be a game changer for marine security.