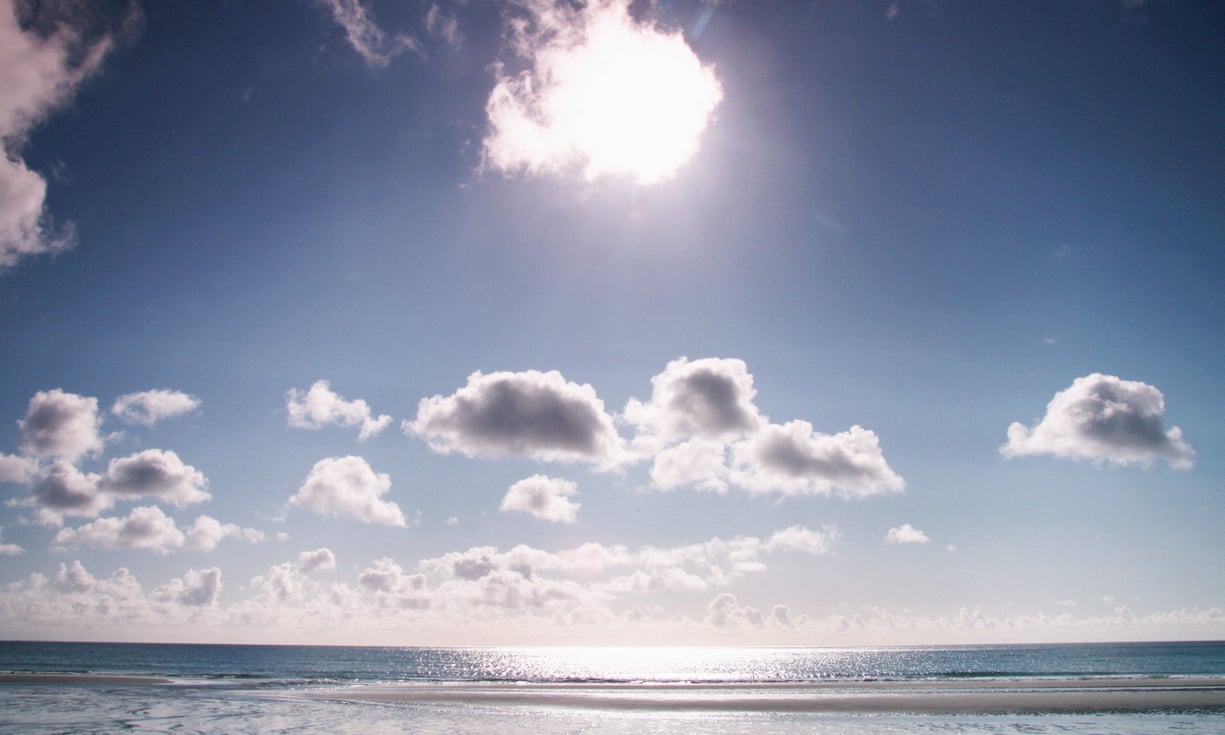 From The Guardian by John Abraham

Taking the Earth’s temperature is a challenge, but a critically important one if we are to better understand the nature of climate change


Human emissions of greenhouse gases such as carbon dioxide are causing the Earth to warm.
We know this, and we have known about the heat-trapping nature of these gases for over 100 years.
But scientists want to know how fast the Earth is warming and how much extra energy is being added to the climate because of human activities.

If you want to know about global warming and its future effects, you really need to answer these questions.
Whether this year was hotter than last year or whether next year breaks a new record are merely one symptom of a warming world.
Sure, we expect records to be broken, but they are not the most compelling evidence.

The most compelling evidence we have that global warming is happening is that we can measure how much extra heat comes in to the Earth’s climate system each year.
Think of it like a bank account.
Money comes in and money goes out each month.
At the end of the month, do you have more funds than at the beginning?
That is the global warming analogy.
Each year, do we have more or less energy in the system compared to the prior year?

The answer to this question is clear, unassailable and unequivocal: the Earth is warming because the energy is increasing.
We know this because the heat shows up in our measurements, mainly in the oceans.
Indeed the oceans take up more than 92% of the extra heat.
The rest goes into melting Arctic sea ice, land ice, and warming the land and atmosphere.
Accordingly, to measure global warming, we have to measure ocean warming.
Results for 2015 were recently published by Noaa and are available here.

A recent paper by Karina von Schuckmann and her colleagues appeared in Nature Climate Change, and provides an excellent summary of our knowledge of the energy balance of the Earth and recent advances that have been made.
The article describes the complexity of the situation.
The Earth is continuously gaining energy from greenhouse gases, but there are also natural fluctuations that cause both increases and decreases to the energy flows.

For instance, volcanic eruptions may temporarily reflect some solar energy back to space.
Natural variability like the El Niño/La Niña cycle can change heat flows and how deep the heat is buried in the ocean.
The energy from the sun isn’t constant either; it varies on an 11-year cycle, but by less than 0.01%.
With all of this and more happening, how do we know if an energy imbalance is natural or human caused?
How do we separate these effects?

The effort to separate human from natural effects is seen to be possible when one considers how the imbalance is measured in the first place.
There are multiple complementary ways to make these measurements.
Each technique has advantages and disadvantages and they have to be considered together.

One way is through satellites that orbit the Earth.
These satellites can measure the heat entering the atmosphere and the heat leaving the system.
The difference between them is the imbalance.
Currently, the longest operating satellite measurement for this is from Nasa and is named Ceres (Clouds and Earth’s Radiation Energy System).
The difficulty is that the energy imbalance is only about 0.1% of the actual energy flows in and out, and while the changes can be tracked, their exact values are uncertain.

While it may sound easy to measure the oceans, it is actually quite challenging.
The oceans are huge (and deep) and difficult to access.
The need is for enough measurement locations at enough depths and with enough precision to get an accurate temperature.


Argo Program: Deep sea probes (drifters) drift with ocean currents at a depth of around 2000 meters, surface every ten days and send their data on temperature and salinity to satellites. Afterwards they sink down again into the "tranquil depths".
The probes area part of the international ARGO program and measure the upper 2000 meters of the Earth's oceans.
The data is used by scientists, fishers and the military, for example for research on climate change, prediction of the seasons and "ocean weather".

In recent years, we have relied upon a system of automated ocean measurement devices called the Argo fleet.
These devices are scattered across the globe and they autonomously rise and sink (down to 2,000 meters) and record temperatures and salinity during their travels.
Because of the Argo fleet, we know a lot more about our oceans, and this new knowledge helps us ask better questions.
But the fleet could be made even better.
They do not measure the bottom half of the ocean (below 2,000m depth) and they do not fully cover regions near or under ice or near shores.

Furthermore, a 10-year trend is much too short to make long-term climate conclusions.
We have to stitch Argo temperatures to other instruments, which have been measuring the oceans for decades.
That stitching process has to be done carefully so that a false cooling or warming trend is not introduced.

Another way is through ocean levels.
As the oceans warm, the water expands and sea levels rise.
So, just by measuring the changing water levels, it is possible to assess how much heat the oceans are absorbing.
The drawback to this method is that oceans are also rising because ice around with world is melting, particularly in Greenland and Antarctica.
As this melted ice water flows into the oceans, it too causes sea levels to rise.
So, it’s important to separate how much of ocean level rise is from heat-expansion and how much is from ice melting.

And another way is through the use of climate models, which are computer simulations of the environment.
Very powerful computers are used to calculate the state of the climate at millions of locations across the globe, in both the oceans and in the atmosphere.
The calculations use basic physics and thermodynamics equations to track the thermal energy at each of the locations.

When CO2 rises, wet and wild planets may lose their oceans to space. (see Nature)
(demabg/iStock)

So, there are many ways to measure the Earth’s energy imbalance.
While all methods are telling us the Earth has a fever, they differ in details and better synthesis of all the information is essential to improve the knowledge of what Earth’s energy imbalance is.
Right now, the Earth is gaining perhaps as much as 1 Watt of heat (a Joule per second) for every square meter of surface area.
Considering how large the Earth is, this is an incredible amount of heat being gained day and night year after year.
This is over 1 zettaJoules (sextillion Joules) per year.

Fully understanding where the excess heat is going in the Earth system is a first step to making good predictions as to what its consequences are for the future climate and the oceans.
It is an essential activity to enable planning for the future. Dr von Schuckmann summarized her work nicely when she told me,
"Advancing our capability to monitor the Earth’s Energy Imbalance means increasing our knowledge on the status of global climate change - and the global ocean plays a crucial role. A concerted multi-disciplinary and international effort is needed to improve our ability to monitor this fundamental metric defining global warming."