Could the smell of the sea help cool a warming planet? 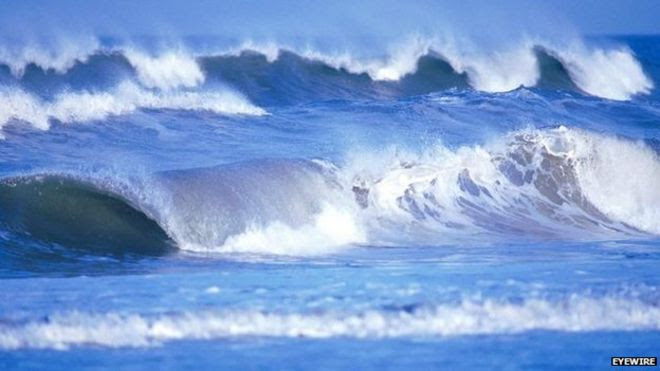 Ah, the summertime sizzle of a shell-strewn beach, the bracing odour of the briny sea.
There's nothing quite like it really.

If you happen to be on a beautiful beach, do take a good, deep, invigorating sniff!

What does it remind you of?
Amid the saltiness, a hint of sulphur perhaps?
A slight edge of boiled cabbage? Or something even more unpleasant?
Well, maybe that's just me...

Seaside odours are generally composed of dimethyl sulfide, a pongy gas produced by bacteria feasting on phytoplankton.
In the atmosphere, it is changed chemically to sulphate, which in turn becomes the seeds of clouds.
Solid organic matter from large collections of phytoplankton blooms can also help with cloud formation.

This blooming ocean can give rise to a specky scum, from which tiny bubbles get lofted into the air by the churn of the sea.
Water vapour condenses around them, tiny droplets form and the fluffy billows of the sky emerge.

So what does this ocean-coloured scene have to do with a warming planet?
Well, researchers say that the type of clouds produced from sea gas and plankton particles, especially in the Southern Ocean, are not your common or garden cumulus. 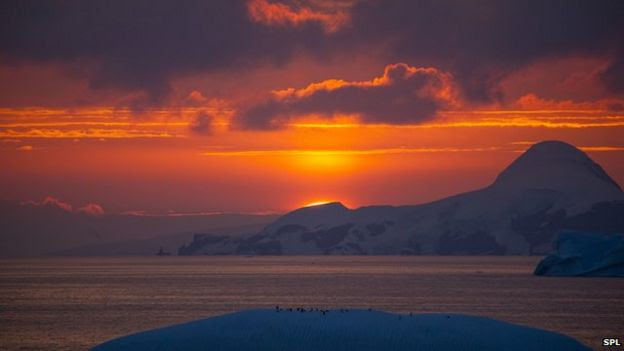 Clouds reflect sunlight back into space depending on the size of the droplets and the amount of liquid suspended in them.
The more liquid that is suspended in the cloud, the brighter and more reflective they are - swotty philosophers of the skies!
The experts have long understood that in winter, when seas are stormy and the spray is flying, there will be more of these types of droplets and thus more sun bounced back into space.
In the balmy, calm of summer at sea they expected the clouds to be far less reflective.
They were astonished to discover that, in the Southern Ocean, this was not the case at all.
In fact they concluded that the plankton particle effect was strongest in the warmer months - on average they found that ocean life doubled the number of droplets in summer.
"The amount of sunlight that's reflected by those clouds in this region is about 125 watts per metre squared," said co-author Dr Susannah Burrows, from the US Department of Energy's Pacific Northwest National Laboratory.
"What we're finding is evidence for a change in that reflectivity of 10 watts per metre squared, that would be attributed to the phytoplankton - so about 8% of the reflection of sunlight on those clouds."
"It is quite a bit!" she said.

So can this new understanding of the role of sea smells and clouds make a difference to global warming?
Well, yes, say the researchers but not necessarily in the ways you might think.
The scientists are excited about the findings because for the first time it gives them a clue about the total number of aerosols that are up in the air over the Southern Ocean.
But could this new understanding give a boost to ideas about geo-engineering our way out of warming hell? 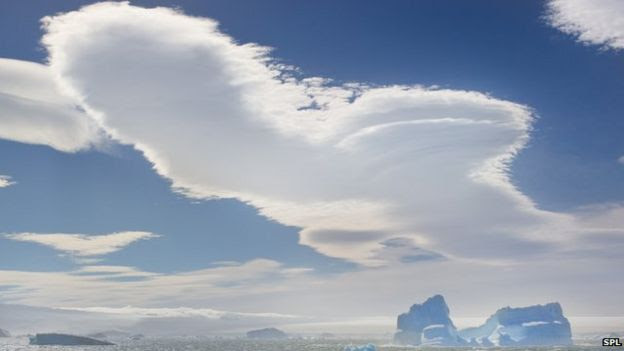 In recent years a number of researchers have suggested that brightening the clouds could be a low-impact way of cooling the planet.
Does this Southern Ocean research make this a more feasible prospect?
"In principle it is possible to strongly modify and brighten marine clouds by injecting particles into the marine atmosphere," says Dr Burrows.
"But I think whether or not that's a good idea is really a political question that needs to be discussed within society."
Something to mull over while lying on the beach with the sea air in your nostrils.
Posted by geogarage at 1:25 AM