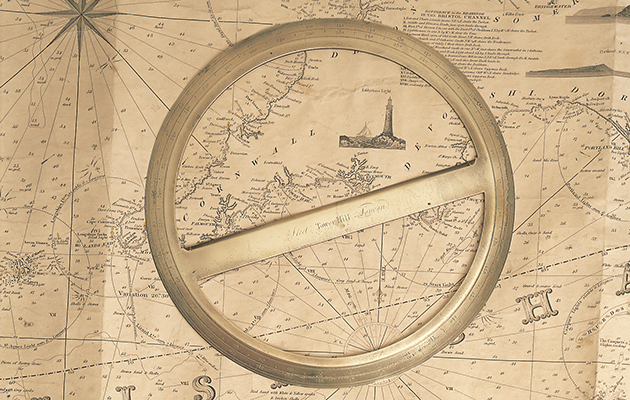 The protractor engraved with William Heather's name which was probably his personal instrument
From Yachting Monthly by Katy Stickland
Katy Stickland goes behind the scenes at Imray and discovers the treasures held by the nautical publisher
‘Great Andaman where Inhabitants are said to be Cannibals’.
These ominous words hang in the air, which is thick with the smell of old paper, ink and dust as we gingerly leaf through piles of ‘blueback’ charts in the basement of Imray, Laurie, Norie and Wilson Ltd. 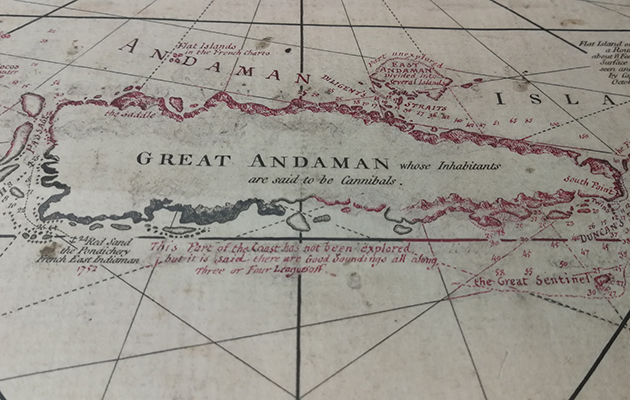 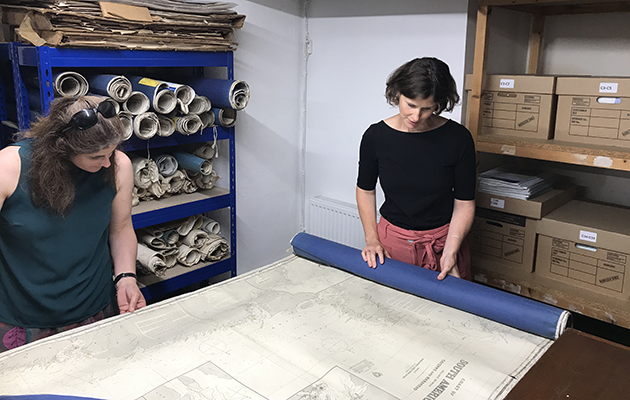 Opposite Wych House’s basement are a framed 1962 C4 chart of the Needles Channel to Portland, and a 1947 chart of the London Docks and the River Thames. 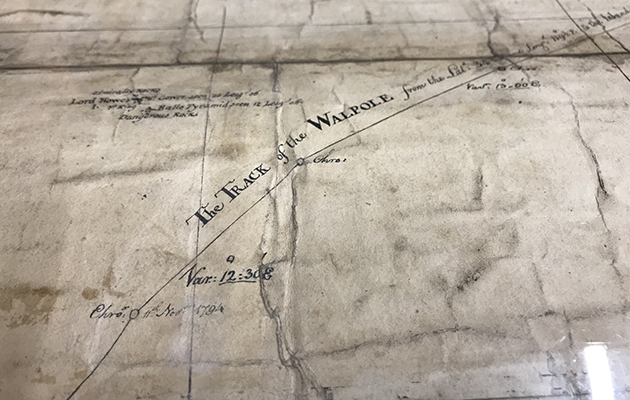 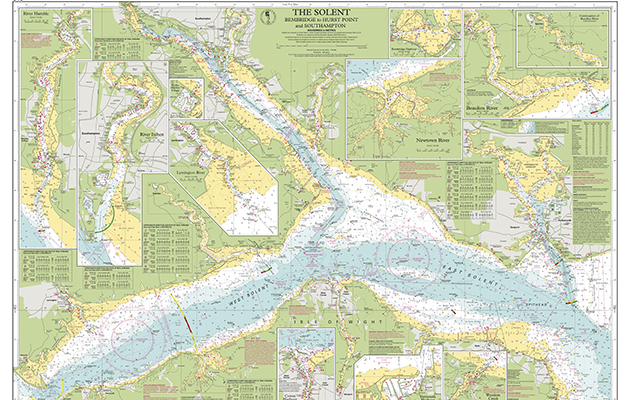 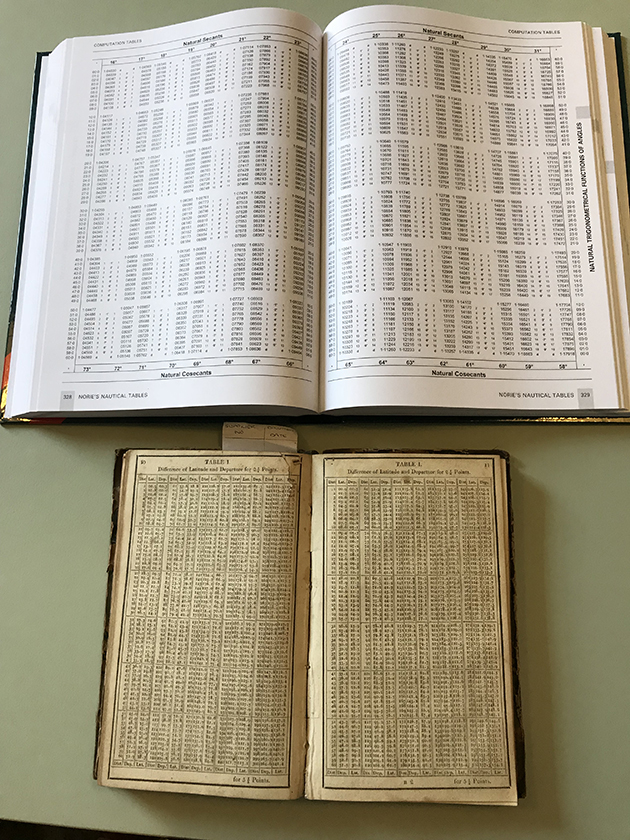