Dp world london gateway, a container terminal on the Thames estuary, is Britain’s fastest-growing port.
The borough of Thurrock, where the port is situated, has the country’s third-worst levels of air pollution, in part because of fumes spewed out by ships in the port.
Upriver, in London, the International Maritime Organisation (imo), the United Nations agency for shipping, began a meeting on October 22nd aimed at taking action against air pollution.
But new rules to make ships cleaner will impose crippling costs on the industry while worsening global warming.

The imo will cut emissions of sulphur either by reducing its content in marine fuel from 3.5% to 0.5% from 2020 or by requiring ships to remove it from exhaust fumes.
Sulphur from ships causes acid rain and air pollution, which contributes to between 212,000 and 595,000 premature deaths a year and 14m cases of childhood asthma, according to research published in Nature Communications in February. 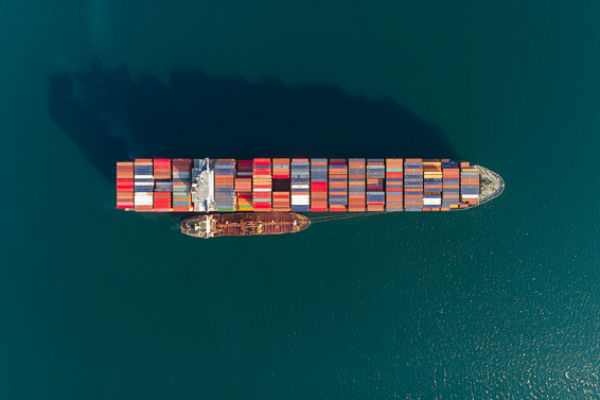 Installing a scrubber is accepted by flag States
as an alternative means to meet the sulphur limit requirement. 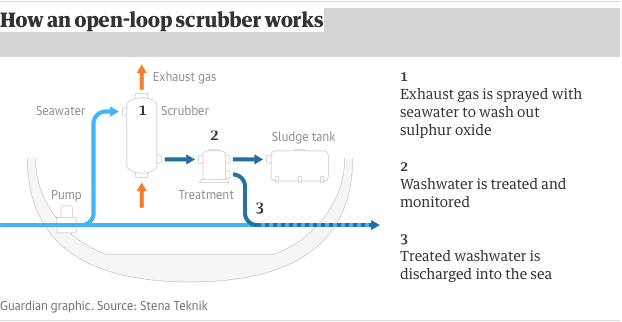 Shipowners can meet the rules by installing “scrubbers”, but these are expensive.
Only around 2,000 of 90,000 commercial vessels on the world’s seas will have them by the deadline.
And dealing with sulphur has other ill-effects, points out Paddy Rodgers of Euronav, an oil-tanker firm.
The most popular system washes sulphur out of engine fumes with seawater, which is then chucked overboard.
The wastewater kills marine wildlife and causes cancer in humans, according to some research.

Most shipowners will switch to pricier low-sulphur fuels.
But if all ships did so in 2020, demand for them would double (see chart) and the industry’s fuel bill would rise by $60bn, roughly the entire sum spent in 2016, say analysts at Wood Mackenzie, a research firm.
It would also have a dramatic impact on aviation and road transport.
Ships run on a heavy residue that remains after petrol, diesel and other lighter hydrocarbons are extracted from crude oil in refining.
Competition for lighter fuel that clean ships require could raise the price of diesel for lorries by 50% and for jet fuel by 30-40% in 2020, reckons Philip Verleger, an energy economist.
The resulting spike in global transport costs, he says, would hit world trade and wipe a staggering 3% off America’s gdp and 1.5% off the whole world’s in 2020. 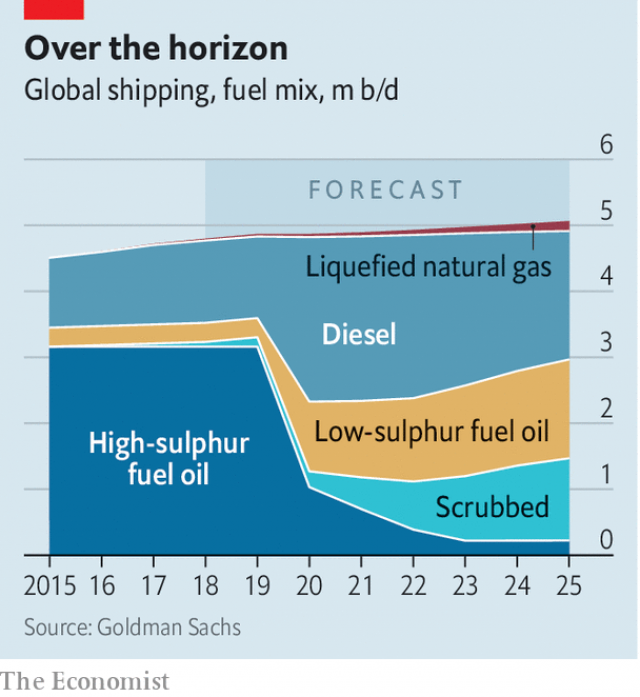 Big shipping lines such as Denmark’s Maersk, which can afford scrubbers or pricier fuels, support the changes.
Smaller firms could be forced to scrap older ships, says Basil Karatzas, a consultant.
Less capacity will mean higher rates for the rest.

Worse still is the effect of the new rules on global warming.
The Intergovernmental Panel on Climate Change, a un-backed body, says sulphur emissions have a net cooling effect because they scatter sunlight in the atmosphere.
Sulphur also helps to form and thicken clouds that reflect sunlight away from the Earth.

Some studies find that by burning heavy marine fuel the industry is slowing global warming, as the cooling effects of sulphur emissions outweigh the warming caused by those of carbon dioxide.
Scientists at the Centre for International Climate and Environmental Research in Oslo calculate that shipping in net terms reduced man-made warming by 7% in 2000.
The imo’s new rules will undo much of this effect.
The paper in Nature Communications found that the use of lower-sulphur fuels after 2020 will reduce the cooling effect from shipping by around 80%.

The imo does not accept that this might kill more people in the longer term than the number who succumb each year to air pollution.
“This is the imo's biggest impact in its 60-year history,” beams Kitack Lim, the organisation’s secretary-general.
Alas, for efforts to combat climate change, it is an impact of the wrong sort.