Rising seas could double the number of severe coastal floods

From New Scientist by Chelsea Whyte

Just 35 years from now, severe coastal flooding could hit twice as often as it does now – if the seas rise by between just 5 and 10 centimetres.

Such a hike would make 50-year weather events happen twice as often, according to work by Sean Vitousek, a coastal scientist at the University of Illinois at Chicago, and his colleagues.
(see Nature)
A 50-year event is an increase in sea level so large that it’s only likely to happen twice a century.
Sea levels are actually projected to rise by more than this – estimates put it at between 10 and 20 centimetres over the next few decades.
“It doesn’t take a ton of sea level rise to significantly change the frequency at which you have flooding,” says Vitousek.

Extremely high water levels are sometimes caused by storm surges and low pressure atmospheric systems, when the easing of pressure on the sea allows water levels to rise. But normal tides and waves also play a part.

The water-level components that contribute to coastal flooding.

Taking those factors into account in his model, Vitousek found that, by 2050, wave-exposed Indian cities like Mumbai and Kochi, and Abidjan in Ivory Coast would see increased frequency of flooding with just a 5-centimetre rise in seas.
If the rise were 10 centimetres, increased flooding would also hit Shanghai, London and New York.
Sea level rise is a global phenomenon that affects regions differently.
The ice sheets in Antarctica and Greenland are so massive that their gravity draws ocean water towards them.
As they melt, that water will go elsewhere.
“If you lose Greenland, you’ll have more water in the ocean, which will elevate sea level everywhere. But the effect will be stronger farther away from Greenland,” says Anders Levermann of the Potsdam Institute for Climate Impact Research in Germany.
“In Greenland or Antarctica, the water levels may even drop. The tropics always lose because they’re in the middle.” 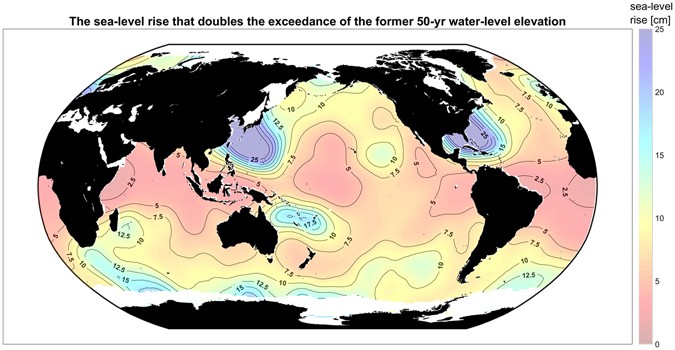 Sea levels are currently going up by about 3 to 4 millimetres across the globe somewhat uniformly, Vitousek says, but some areas are more susceptible to sea level rise than others because that makes up a larger percentage of their overall water levels.
In the higher latitudes where the difference between high and low sea level in a given year could be 3 metres, a few centimetres may not be noticeable.
But in the tropics, that small increase could account for 10 to 20 per cent of the variation, Vitousek says.
“It’s not a trivial percentage of the water level,” he says. 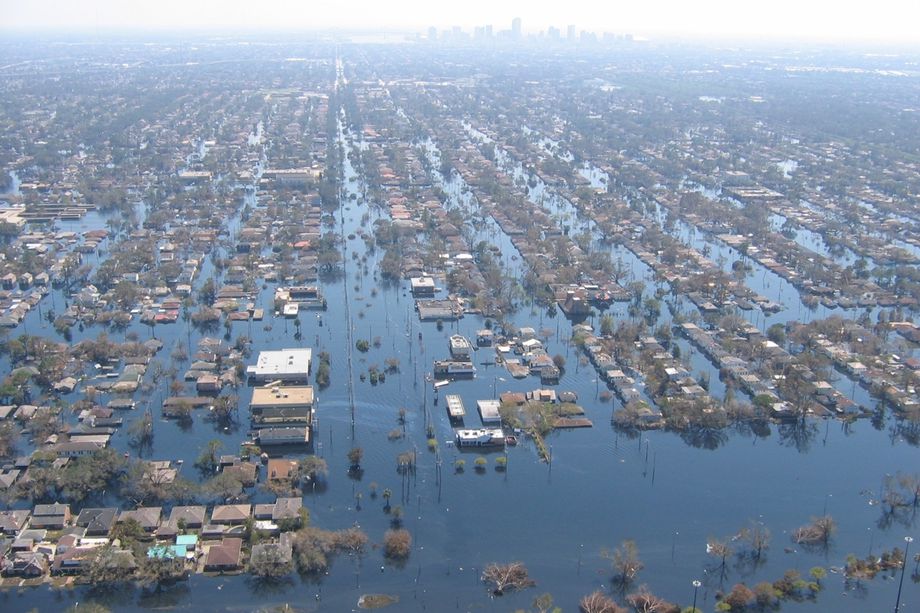 Aimée Slangen, a climate change scientist at the Royal Netherlands Institute for Sea Research, says regional events like El Niño could keep down some of the sea level rise in the tropics, but not forever.
“I think it would only delay the inevitable: at some point, flooding frequencies are going to increase as long as sea level keeps on rising,” she says. Vitousek says possible responses are to retreat from coastlines or to invest in engineering solutions, like building up natural beaches or creating artificial ones or building sea walls that provide shoreline protection.

An example of the shoreline data for La Jolla Shores, California.
The many squiggly colored lines indicate the changing location of the shoreline through time since 2004. (Sean Vitousek, U.S. Geological Survey)

But over the next few decades, an increase of 10 to 20 centimetres is inevitable, says Levermann. Even with large reductions in emissions, the die has already been cast for the near future.
“No one has to be afraid of sea level rise, if you’re not stupid,” he says.
“It’s low enough that we can respond. It’s nothing to be surprised about, unless you have an administration that says it’s not happening. Then you have to be afraid, because it’s a serious danger,” Levermann says.