All those confusing geography terms, explained in a gorgeous antique map 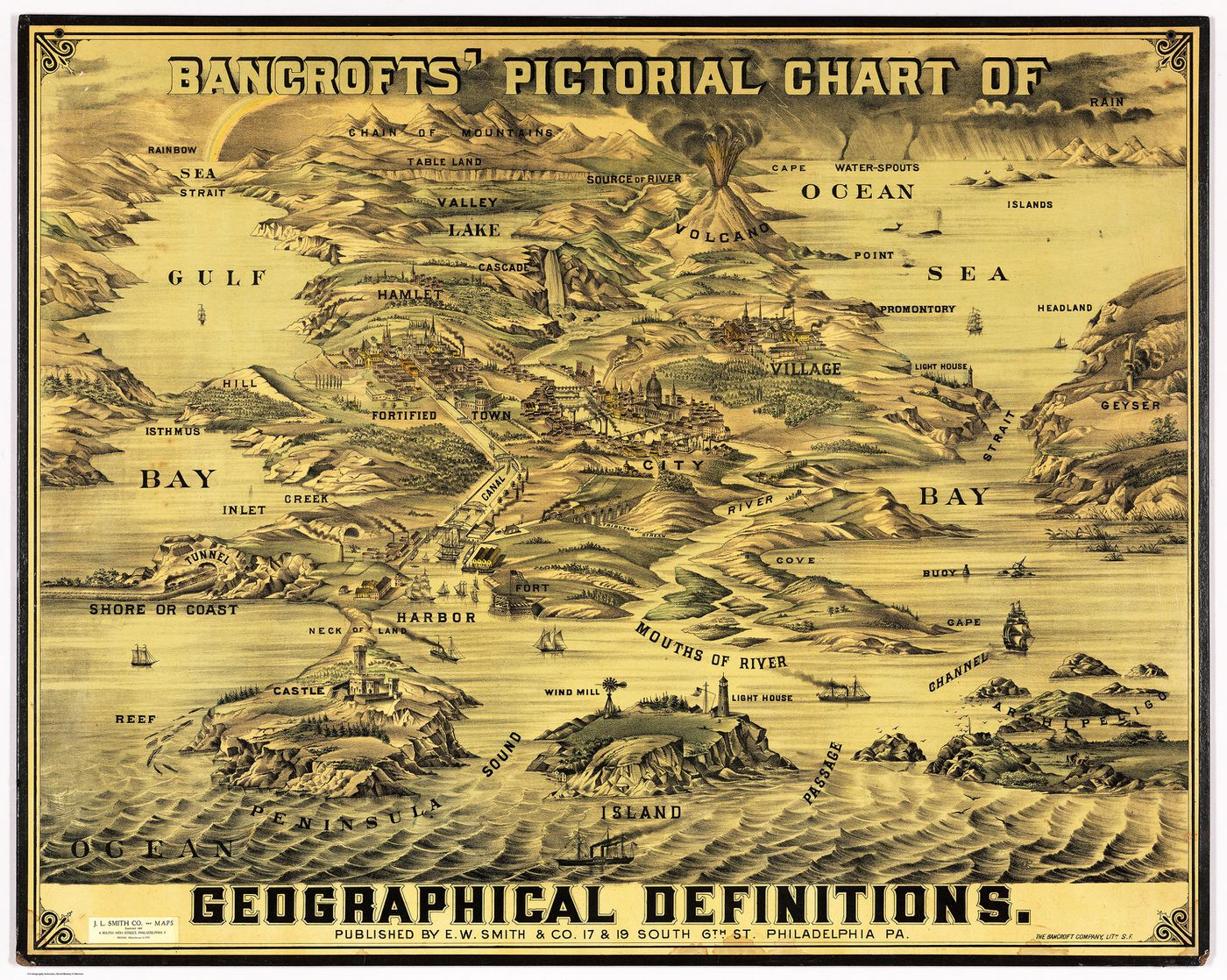 
You can see the original map, circa 1870, at the David Rumsey Collection (we've upped the contrast on this digital version to make it slightly more readable).
A few of the more confusing terms merit some clarification, so we referred to the Oxford English Dictionary on the following:
Now that you finally know what some of those half-remembered terms mean, the next step is obvious: Go out and see some in person.