Migrant crisis: more than 4,000 migrants and refugees have had to be rescued
by the Greek Coast Guard off the shores of Lesbos this month alone.
Migrant tragedy in Greek seas shows dangers as winter nears
(Monthly record of 218,000 reach EU by sea)
EU predicts 3 million more migrants could arrive by end 2016

From NYTimes by Rick Lyman

The rubber dinghy rolled perilously on the waves and twisted sideways, nearly flipping, as more than three dozen passengers wrapped in orange life vests screamed, wept and cried frantically to God and the volunteers waiting on the rocky beach.

Khalid Ahmed, 35, slipped over the side into the numbing waist-high water, struggled to shore and fell to his knees, bowing toward the eastern horizon and praying while tears poured into his salt-stiff beard.
“I know it is almost winter,” he said.
“We knew the seas would be rough. But please, you must believe me, whatever will happen to us, it will be better than what we left behind.”

Migrants from Turkey arriving on the Greek island of Lesbos in early November.

The great flood of humanity pouring out of Turkey from Syria, Afghanistan, Iraq and other roiling nations shows little sign of stopping, despite the plummeting temperatures, the increasingly turbulent seas and the rising number of drownings along the coast.

If anything, there has been a greater gush of people in recent weeks, driven by increased fighting in their homelands — including the arrival of Russian airstrikes in Syria — and the gnawing fear that the path into the heart of Europe will snap shut as bickering governments tighten their borders.
“Coming in the winter like this is unprecedented,” said Alessandra Morelli, the director of emergency operations in Greece for the United Nations High Commissioner for Refugees.
“But it makes sense if you understand the logic of ‘now or never.’ That is the logic that has taken hold among these people. They believe this opportunity will not come again, so they must risk it, despite the dangers.”

A dinghy crowded with migrants approaching Lesbos.
Refugees and relief workers shrug when asked how far into winter people will try to make the treacherous crossing.

The surge means that countries throughout the Balkans and Central Europe already under intense logistical and political strain will not find relief — especially Germany, the destination of choice for many of the refugees.
Hopes that weather and diplomacy would ease the emergency are unfounded so far, putting more pressure on financially strapped and emotionally overwhelmed governments to quickly find more winterized shelter. 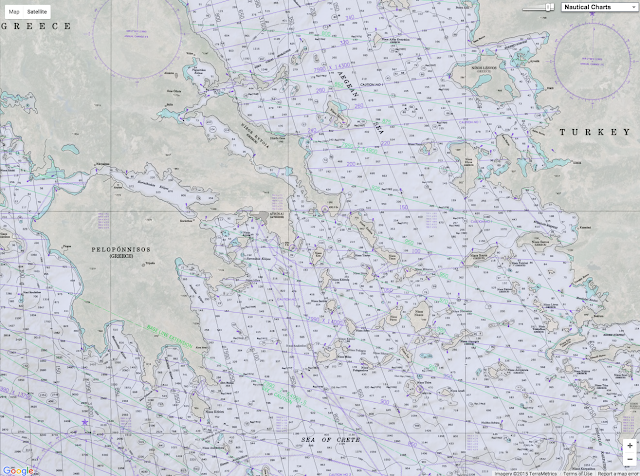 The influx also underscores the European Union’s failure to reach a unified solution to the crisis, leaving places like this, on the Greek island of Lesbos in the northern Aegean Sea off the coast of Turkey, struggling to deal with huge numbers of desperate people and raising questions about what will happen not just this winter, but in the spring and beyond.

Early this week, the number of people who had crossed into Greece from Turkey hit 600,000, after having passed 500,000 only a few weeks earlier.

Boats and life jackets left by migrants on a Lesbos beach.
“Coming in the winter like this is unprecedented,” said Alessandra Morelli, the director of emergency operations in Greece for the United Nations High Commissioner for Refugees.

Both migrants and relief workers shrug when asked how far into the winter people will try to make the treacherous crossing.
“Some of the smugglers, they tell the people who call them, ‘Yes, there will be more trips, you should come,’ and so the people keep coming,” said Abu Jawad, a 28-year-old Palestinian Syrian who works as a broker for Turkish smugglers, recruiting passengers from the crowds in Izmir, Turkey, and other coastal cities.
“So what I think is that people will keep coming as long as the smugglers tell them to come, and the smugglers will keep attempting trips as long as the people are coming,” he said. 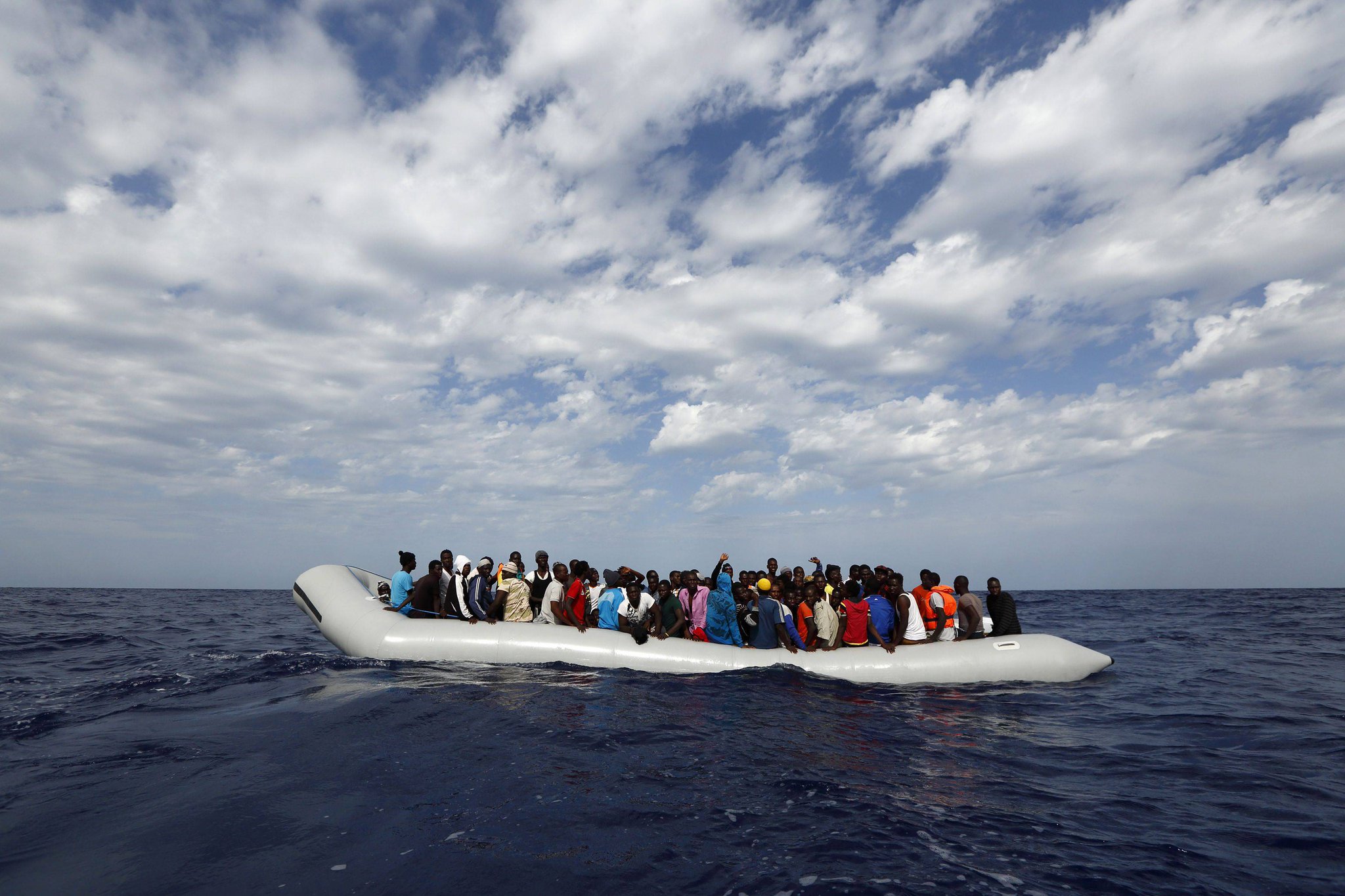 In mid-October, an average of 8,700 a day were landing in Greece, peaking at 10,006 on Oct. 21. Fistfights broke out, and there were some stabbings, as people tried to cut in line to get the precious documents from Greek officials that allowed them to take a ferry to Athens and beyond.
Relief workers sent out pleas for help and resources.
But smaller numbers of migrants arrived, largely because of the weather, and the adoption of a new system that divided the migrants into groups to apply for the necessary papers allowed officials in Lesbos to more easily send refugees on their way.
The landings fell to an average of 5,800 a day before creeping up to 6,200 per day in the last seven days. In all, 16,500 people were waiting in camps across the Greek islands on Wednesday for transport to the mainland.
But the calm may be short-lived: a four-day strike by Greek ferry workers that began on Tuesday threatened once again to create bottlenecks and overwhelm relief workers who had only just begun to catch their breath.

In the meantime, with every break in the weather, rafts and dinghies continue to wash ashore.
On Saturday, 9,300 people landed on the Greek islands, when it was unseasonably balmy.
On the next two days, when the north winds blew more fiercely, about half that number arrived.
On Tuesday, once again, the seas calmed and boats appeared one after another pushing across the choppy strait.
“We had no choice,” said Nouri Mahmoud, 60, who once ran a small oil company in Syria.
“We had to leave Aleppo. It has gotten much worse in recent weeks. The rebels are fighting each other, and now we have the Russians, too. Everyone is fighting everyone else. Whoever comes into Aleppo next is going to be slaughtering people.”
Clustered around him in the doorway of a temporary shelter at a refugee center were his wife and his 15-year-old triplets.
“We can’t go back now,” Mr. Mahmoud said.
“We have nothing to go back to.”

A man holds up a young boy as a boat carrying migrants and refugees arrives at the Greek island of Lesbos after crossing the Aegean sea from Turkey
Photo: AFP

That the crossing is getting more perilous — as it does every winter when the northern winds and the sinking temperatures churn and chill the sea — is beyond doubt.
Last Wednesday, a boat carrying more than 250 migrants — a “yacht,” the Turkish smugglers call them, but they are usually old and creaky tubs — foundered in the stretch between Turkey and the north shore of Lesbos.
More than three dozen drowned.
And that was only the largest recent catastrophe.
In one day this week, 11 people died when a boat capsized just 30 yards off the shore of Samos, another Greek island; two died off the shore of Rhodes, and six perished in the waters north of Lesbos.
“We are confronted with these shipwrecks every day now,” Ms. Morelli said.

In an outdoor coffeehouse one afternoon last week outside the main train station in Izmir, several dozen Syrian refugees sipped tea at rickety tables.
Nearby shops sell life jackets, inner tubes and waterproof packets for cellphones and passports.
“Of course, we are aware that winter is coming, but it took us this long to sell all of our land and our house in Deir ez-Zor,” said Ahmed Ali, 28, who was surrounded by a half-dozen family members.
“Now, with the Russians bombing in places, we think the situation will be even worse.”
He is waiting, he said, to shop among the smuggling operations to try to divine which one he can trust.
“What choice do we have now but to move forward?” he said.
“We have nothing left at home to return to. Tell me, where else can we go?”
By late Tuesday night, Mr. Ali said, the family had already reached Lesbos, taken a ferry to Athens, crossed through Macedonia and Serbia and was making its way across the Croatian border.

A few yards away, at another tottering table, Adnan Sheikh Mohammad clicked shut his flip-phone and smiled broadly, clapping his cousin, Sami, on the shoulder.
“I have made a deal with a smuggler,” he said.
“God willing, we leave tomorrow.”
The price was $1,100 per adult, half that for the children, a sizable amount for a party of 12 adults and 10 children.
They plan to make their way to Sweden, where friends live, but they do not know the exact path they will follow.
“We are going to get off the boat in Athens and just follow the crowd,” said Sami, 39, who had been a barber in Aleppo.

A woman waved a life jacket to direct a migrant boat ashore as it made the crossing from Turkey to the Greek island of Lesbos.
Carl Court/Getty Images

The next afternoon, volunteers waited at high points on Lesbos’ shore and scanned the horizon.
Every now and then, small orange dots bobbing in the distance slowly clarified into a line of smaller orange dots.
As they drew closer, they transformed, like apparitions, into a few dozen people in orange life vests, waving frantically.
A volunteer clambered atop his car and began twirling a life vest over his head, signaling the boat to head to his left, away from a more treacherous stretch of shore.
But the migrants did not see him or were unable to control the boat, and it crashed into the surf line on a jagged patch of stones.

It had clearly been a terrifying crossing.
A half-dozen children wailed and clutched at their mothers, who were also weeping, the men looking about, trying to figure out what to do.
Volunteers charged into the waves and tried to keep the boat perpendicular to the shore, but the force of the water was too strong and it flattened against the shoreline, threatening to upend.
One by one — children first, then women, then men — the passengers were unloaded and escorted the final few feet to shore.
They looked around, dazed and tearful, but they all survived.
“Adi! Adi!” a frantic mother screamed, spotting her son leaning against a nearby rock.
She fell to the ground, pulled up the leg of his pants and began to kiss his shivering shin.