Madagascar's fishing villagers learn to survive by managing their stocks

In this video, the Skoll Foundation visits Alasdair Harris of Blue Ventures in Madagascar, where he is building sustainable coastal communities.


The Vezo people of south-west Madagascar have been living off the Mozambique channel for more than 1,000 years; their population is both defined and sustained entirely by fishing.
But when biologist Alasdair Harris visited the region more than 10 years ago with his fledgling organisation, Blue Ventures, he found the vulnerable coastal villages were struggling to sustain themselves.
The Vezo’s booming population had diminished local fish stocks. 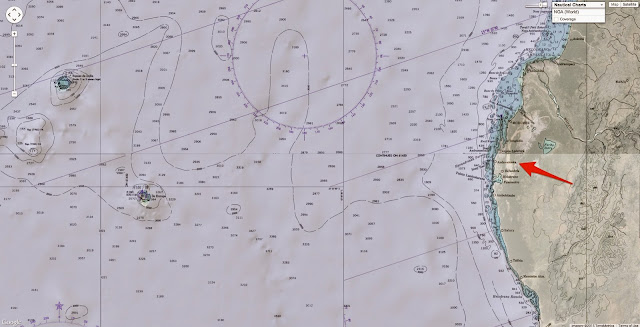 Andavadoaka (SW of Madagascar) with the Marine GeoGarage

Unsurprisingly, the villagers of Andavadoaka had mixed feelings when Blue Ventures suggested closing one of their fishing grounds.
Nevertheless, they agreed to a trial closure for a few months in 2004.
“When we opened it they caught 1,200kg of octopus in one day,” recalls Gildas Andriamalala, who joined the project as a student researcher.
“We invited people from 20 villages just to see it … to show the community that if they look after their resources they will benefit.”

Having won a Seed award in 2005, Blue Ventures has gone on to become a globally influential community conservation programme.
Coastal communities in Madagascar quickly took up the model and the country now boasts hundreds of these marine areas that are monitored and protected by local people.
“Today you’ve got in excess of 11% of Madagascar’s coastline under local protection,” says Harris, “which is extraordinary for one of the poorest countries in the world.”
Organisations in neighbouring countries have begun to replicate the model, as recognition grows for the importance of locally initiated conservation.

After closing one fishing ground for a few months,
the Vezo people caught 1,200kg of octopus in a single day.
Photograph: Garth Cripps

The need for such protection is increasingly acute.
The Vezo represent a fraction of the millions struggling to survive in coastal regions that are further threatened by the burgeoning effects of climate change.
Harris believes that marine conservation can only be sustainably enacted by working closely with those who depend on the sea, helping them to recognise the importance of conservation at a human level.
“Our sector really does not get it right,” he says.
“Most people are entirely marginalised by conservation.”
Ecologists have called for 30% of the Earth’s oceans to be fully protected, but according to Harris that figure currently stands at less than 1%.
“We need a radically new approach,” he says, “and that’s why we do this work.”

To illustrate the magnitude of the progress in Madagascar, he contrasts its dozens of marine protected areas with the UK’s poorly regulated “two or three”.
“We couldn’t have done more to destroy our marine ecosystems [in the UK],” he says.
Meanwhile, in impoverished and politically unstable Madagascar, where catching fish is a matter of life and death, local people have set a humbling global example.
Posted by geogarage at 1:57 AM