From Treehugger by Kimberley Mok

Crazy publicity stunt or stroke of daring genius?
We're not sure, but it got our attention.
The man pictured above is Alex Bellini, a professional adventurer and motivational speaker who plans to live alone on a melting iceberg off the coast of Greenland for one year, to emphasize the urgent need for climate change action. 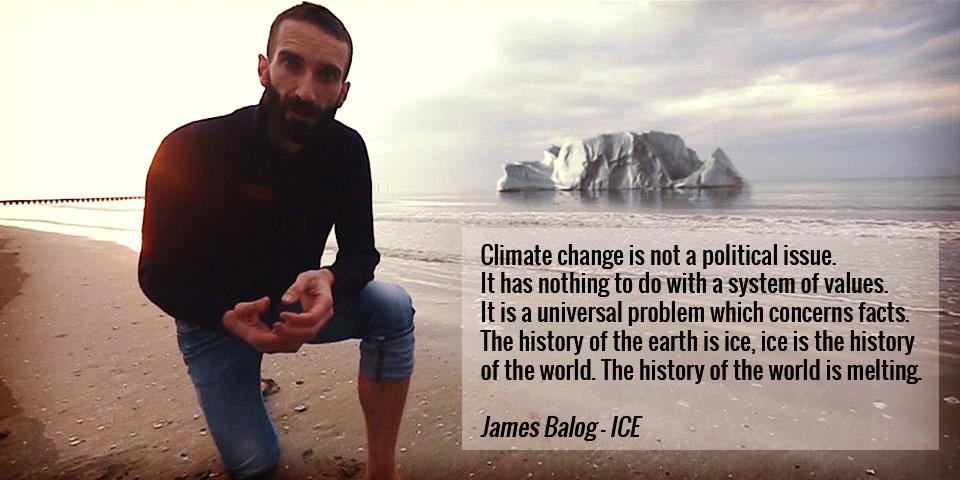 This bold one-man campaign comes at a time when a chorus of scientists, organizations and policymakers continue to warn about the accelerating loss of Arctic ice.
Thus, extreme circumstances seem to call for extreme measures, but for this former finance student from northern Italy who has already run 23,000 kilometres (14,291 miles) of marathons, rowed solo across the Mediterranean, Atlantic, and Pacific oceans, this new project seems even more extreme.

Starting in spring of 2015, Bellini plans to find a suitable iceberg in the northwest region of Greenland, where he will remain for up to a year as it slowly melts.
Provisioned with with 300 kilograms (661 pounds) of dried food, Bellini will shelter in a survival capsule, the Kevlar-reinforced kind used for ocean oil rigs, until it becomes too risky -- at which point he will take to the sea in the capsule, floating adrift until he is rescued.

The project will also serve science: the UK-based explorer plans to observe the changes to our planetary climate, firsthand.
Bellini's technical equipment will be powered by a rowing contraption that will convert his muscular energy into electricity.

He says on Motherboard:
My objective is reporting and investigating, by means of scientific methods, the entire lifetime of an iceberg.
I want to prove how the pace of ice-melting has dramatically accelerated over the last decades.
We’ll also play the symbolic card: the adventure of a man floating adrift on an iceberg will come to represent the condition of the whole humankind going adrift on an endangered planet.

Though Bellini earnestly seeks to draw attention to the seriousness of climate change, some have expressed awed disbelief at the adventurer's proposed plan.

It may seem crazy, but this seems like another much needed nudge to the collective human psyche to adapt and change for the better; in a way, we'll all be floating adrift with Alex.