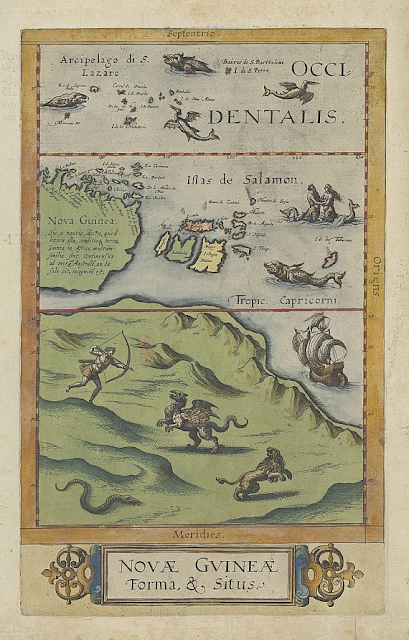 Ozri 2013 Technical Director Kellie Persson said although the early cartographers could not have known how high-tech their craft would become, they would still find something familiar in today’s technology.
“These first maps of Australia were manually constructed with brushes and parchment, whereas modern map-makers use satellites and mobile tracking devices, and store their creations in the Cloud,” Ms Persson said.
Posted by Peio at 1:27 AM