Polynesian navigators revive a skill that was nearly lost

Captain Cook 'discovers' Tahiti and Hawaii.
The natives tell Cook how they navigated the vast Pacific Ocean.
Later commentators dispute this, and some natives of today---many decades after ravages of their culture by outsiders--decide to rebuild the ancient navigation knowledge and traditional sailing canoes to create a new legacy of wayfinding and revive the spirit of the ancestral way as they teach others to face new horizons.
Herb Kawainui Kane speaks about Thor Heyerdahl and his Kon-Tiki expedition, and then the Hokule'a (Hōkūle'a)-- a re-created ancient double-hulled voyaging canoe (vaka taurua) featured in this extract.


Two ocean-going canoes have returned to New Zealand after an epic voyage to Easter Island by Polynesian navigators using traditional craft.
The revival of ancient skills continues to gather momentum and has great cultural and political significance for the indigenous people of the Pacific.
They waded ashore from their canoes through the luminous turquoise water of the lagoon.
The captains, festooned with garlands of flowers, led a procession of around 20 men and women, Cook Islanders, Tahitians, New Zealand Maoris and three sailors from Rapanui, better known to most of us as Easter Island.
Then the band played, waiting dignitaries made speeches and girls from the High School, still in their uniforms, danced.

The two vessels that had brought such excitement to sleepy Rarotonga rolled at anchor in a gentle swell just off the beach.
They looked like ships from a dream world, blink once and they'd be gone.
They were ocean-going, double-hulled canoes, big catamarans with two masts and capable of carrying a crew of 14.
One, the 20-year-old Te Aurere, has no nails or rivets, it's entirely lashed together, and all the stronger for that, I was told.
The speed, seaworthiness and size of traditional vessels like these astonished early European navigators. 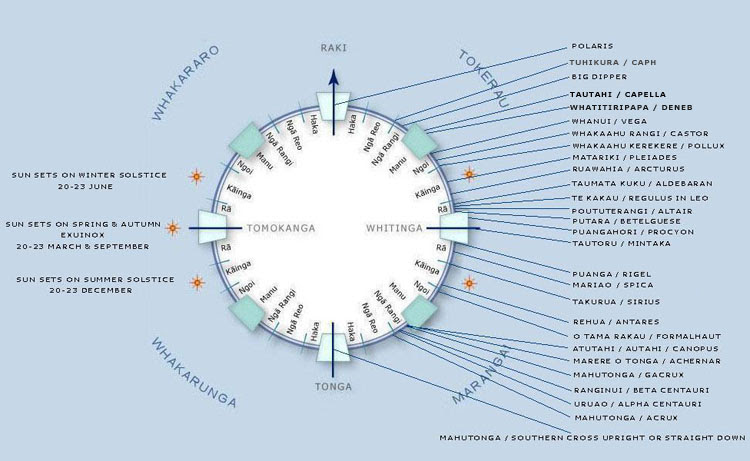 But over 3,000 years the Polynesians had been using their great canoes, combined with near-miraculous navigation skills, to explore and settle a vast stretch of the Pacific, from Hawaii in the north to isolated Rapanui in the east and down to Aotearoa in the south west, the land of the long white cloud, re-named New Zealand after its discovery by Dutch navigator, Abel Tasman, in the 17th Century. 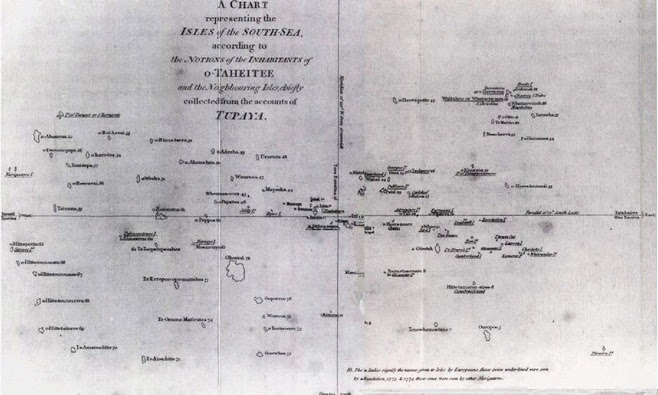 Re-naming is the first act of possession.
What followed for Polynesia has been summed up in the phrase, "fatal impact," deadly-introduced diseases; raids by slave traders; the arrival of missionaries; colonisation; the nuclear testing era; and now globalisation, a mixed blessing for remote islands with little to offer that can't be produced more efficiently elsewhere.
In the face of all that, it's been a huge morale boost for the indigenous people of the Pacific to be once again building their ocean-going canoes and sailing them on long voyages, using ancestral navigation skills.

One man who arrived in Rarotonga with the canoes had a quiet charisma, an air of authority.
He was a handsome, weather-beaten 51-year-old New Zealand Maori, Jacko Thatcher, the master navigator.
It was he who had brought the canoes safely to this landfall with no modern navigation aids.
It was having to give up rugby after a knee injury that led him into voyaging and this evolved into a deeper quest to find his roots.
He told me of the 66 stars whose rising and setting positions a navigator must know.
And an affinity with the ocean is crucial.
"You must learn", he said, "to be attuned to changes in wind and wave direction, cloud formations and the passage of birds".
So the canoe itself, "becomes an instrument for you".

These ancient wayfinding skills were nearly lost.
At the end of the last century there was only one man left alive with a complete grasp of them.
He was Mau Piaulug from Satawal in the Caroline Islands.
Mau was already middle-aged when the Polynesian Voyaging Society asked him to teach a new generation of navigators.
Mau invited apprentice voyagers to Satawal where he would be their mentor.
For men like Jacko Thatcher, and Tua Pitman from Rarotonga, this was a life-changing experience.
We realised, Tua told me, that the ancestral knowledge would bring big responsibilities and a leadership role.
"By re-living the connectedness of the islands", he said, "we'd be helping keep alive our identity as an oceanic people".

One surviving example of that old connectedness came up during the recent voyage from Easter Island.
At first the Spanish-speaking Rapanuans, French-speaking Tahitians and the English-speaking Cook Islanders and Maoris on the canoes had difficulty understanding one another.
Through weeks at sea they solved this by using their distinct but closely-related native languages to communicate.
There's no denying that in today's Polynesia most inter-island travel has become more difficult, even than it was on my first visit in 1978, and the remoter places are becoming more isolated and depopulated.
The crippling cost of air fares and poor job prospects mean that many young people leave their islands never to return
The choice is stay at home or emigrate.
And perhaps that helps explain why the master navigators and the double-hulled canoes are held in such awe.
They are a powerful reminder of a heroic age not so long ago when those mythic islands of the south seas were more connected and the ocean really was a highway rather than a barrier.