The female navigator who trained WWII pilots and guided astronauts

From History by Anne Keene

Before people typed addresses into Google maps, travelers charted their course by the sun and moon and other celestial bodies.
When radios failed, and bad weather rolled in, the celestial navigational methods of Mary Tornich Janislawski helped save lives, especially during World War II.

The daughter of Italian and Yugoslavian immigrants was born in San Francisco on June 9, 1908, two years after that city’s great earthquake.
As a child, she wore an aviator helmet sewn from scraps of felt. In her 20s, Mary worked in a candy factory to put herself though University of California, Berkley, and was one of three students to graduate with honors in astronomy.
Eventually, Janislawski pioneered the field of navigation in a similar way that Amelia Earhart shattered the boundaries of flight.
From Precocious Student to Prized Teacher

Like Katherine Johnson, NASA’s brilliant mathematician celebrated in the film “Hidden Figures,” Janislawski could out-calculate any male classmate.
In the mid-1930s, she was discovered by Captain Philip Van Horn Weems, “the Grand Old Man of Navigation” who taught Charles Lindbergh to navigate and Admiral Richard Byrd to fly.
Weems patented dozens of navigational instruments like the Second-Setting watch and took Janislawski under his wing as a protégé when navigation was dominated by men.

Janislawski taught Weems’ nautical and aerial navigation methods as an adjunct professor at U.C. Berkley, Stanford and Polytechnic College of Engineering in Oakland in the late 1930s.
She became the first female associate of the worldwide Weems System of Navigation, Inc. and was declared America’s “most outstanding woman teacher of aerial navigation” in 1940 by the New York Times.

Janislawski teaching navigational formulas at King City Army Air Corps base, circa 1940s.
Mary Janislawski Papers, HDC 1649, San Francisco Maritime National Historical Park
Among Janislawski’s most famous navigation students was Fred Noonan, who disappeared over the South Pacific with Amelia Earhart in 1937 when they tried to circumnavigate the globe in a Lockheed Model 10 Elektra.
Others who relied on Weems and Janislawski’s methods included U.S. General Jimmy Doolittle, leader of the World War II bombing raid over Tokyo, and polar explorers Admiral Richard Byrd and Lincoln Ellsworth.

Those who knew Mary remembered her as a conduit of ancient techniques to the modern world.

According to Gaylord Green, one of the pioneers of the development and operation of Global Positioning Systems, Mary Janislawski was a founding member of the Institute of Navigation as navigation transitioned from a professional art to a science of the modern world.

“Understanding both the art and science of navigation, Mary helped shape the agenda of meetings for navigation to advance to a modern capability. Recognizing the importance of the U.S. effort, the British proceeded with a Royal Institute of Navigation patterned after the U.S. Institute,” says Green. 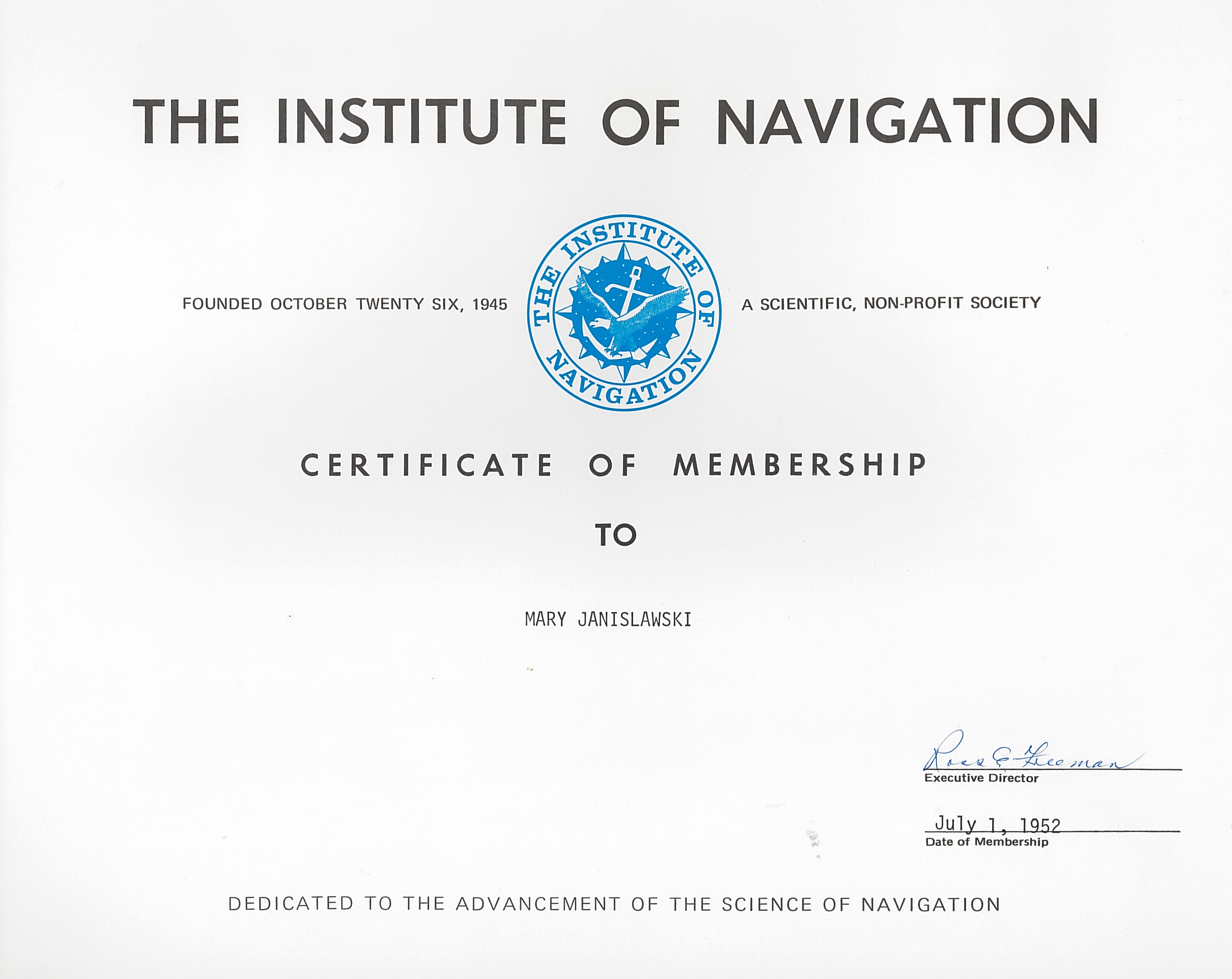 Mary was teaching at Stanford University when Pearl Harbor was bombed in December 1941 and the United States officially entered World War II.
Though the peace-minded instructor hated war, she earned her stripes as a civilian “super-super teacher,” wrote journalist Ruth Schmidt who cast Mary into the national spotlight.

Using protractors and sextants, Janislawski made navigation fun, and only a handful of students failed to pass their C.A.A. exams.
Janislawski’s daughter Mi Mi Janislawksi says students never forgot her mother’s approachable teaching style, or the squeaky rubber airplane that she kept on her desk to get the class’s attention.

During the war, Janislawski taught some 4,000 cadets how to plot their positions at King City airport in Mesa Del Ray, California.
Decades later, 82-year-old former student Joseph H. Casey wrote, “If we were a Band of Brothers, Mary was truly a Sister to us.”

Janislawski's career spanned 40 years, during which she taught nautical navigation and then transitioned to creating lunar maps for Apollo astronauts.
Mary Janislawski Papers, HDC 1649, San Francisco Maritime National Historical Park
In the last phase of her career, Janislawski contributed to the burgeoning space age by creating lunar grid maps to help the Apollo astronauts navigate the surface of the moon.
In 1970, at the Institute of Navigation national space meeting at Ames research center she applied her celestial navigation methods to provide NASA a roadmap to navigate any planetary body—from Mars to yet-to-be-discovered planets.
In 1972, Janislawski was the first woman awarded the Superior Achievement award from the Institute of Navigation for helping generations of sailors, pilots, and astronauts make their way home.

When Janislawski died on June 16, 1998 at age 90, she was posthumously honored as the first female Fellow of the Institute of Navigation.
The Maritime Research Center of San Franciso at Maritime National Historical Park honors Janislawski by featuring her family’s brass sextants and compasses mounted in antique wooden cases.

“Not only did your Mother train pilots how to fly in the sky above and return, BUT she developed a new and altogether different way to navigate in outer space and safely return. This made inter-planetary travel possible,” wrote Ford.
“As your ‘Mom’ always said, keep ‘em flying.”
Links :
Posted by geogarage at 1:48 AM