Could shipwrecks lead the World to war? 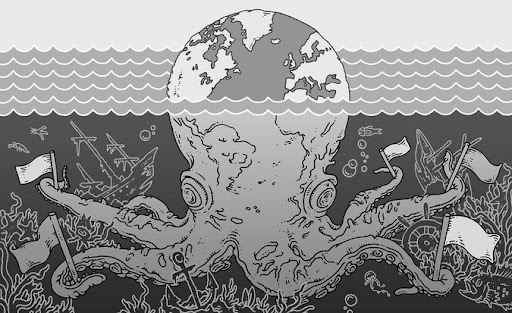 From NYTimes by Peter B. Campbell

Archaeology has long been exploited as a political tool.
Hitler used artifacts and symbols to manufacture a narrative of Aryan racial superiority.
The Islamic State proves its zealotry by destroying evidence of ancient history.
Underwater archaeology — the world of shipwrecks and sunken cities — has mostly avoided these kinds of machinations, though.
Since no one lives beneath the sea, leaders haven’t found many opportunities for political gains from archaeological sites there.

That is, until now.

In the past few years, politicians in Canada, Russia and China have realized that they can use shipwrecks on the sea floor to project their sovereignty into new maritime territories.
And this politicized abuse of science is putting the world on a path toward conflict.

For decades, global powers have been engaged in a race to exploit lucrative marine resources, from oil to fisheries to control of strategic waterways.
But they have faced a challenge: How can a country claim new territory despite the restrictions of the United Nations Convention on the Law of the Sea?
It turns out that “historical ties” to resource-rich regions can conveniently help to contravene international law. 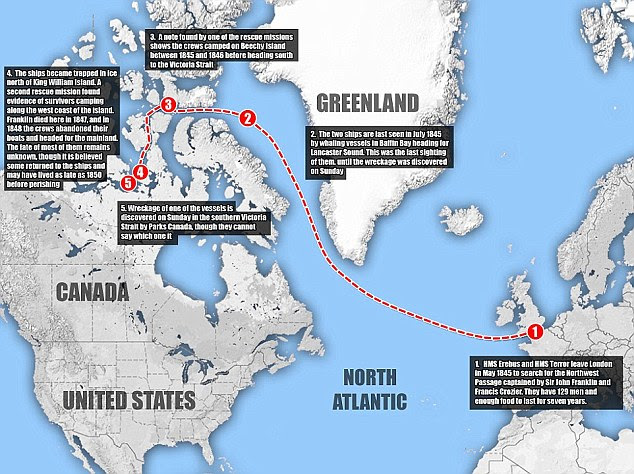 Last year, Canada announced the discovery of H.M.S. Erebus, Sir John Franklin’s flagship, which disappeared during a Northwest Passage expedition in 1845.
Stephen Harper, then the prime minister, personally announced the discovery.
His government and its allies provided significant funding for the research.
But Mr. Harper isn’t just a history buff; his interests are practical.

Global warming has made the Northwest Passage more accessible to shipping, which could be an economic windfall for Canada if the government is able to demonstrate sovereignty and charge other countries a transit fee.
“Franklin’s ships are an important part of Canadian history given that his expeditions, which took place nearly 200 years ago, laid the foundations of Canada’s Arctic sovereignty,” Mr. Harper said.

China has been similarly aggressive.
While the South China Sea has historically been shared between China and its neighbors, in the past year Beijing has begun building artificial islands to claim the sea as its own territorial waters. Archaeology laid the groundwork for this belligerence: Starting in 2007 China began archaeological excavations and opened several shipwreck museums, each costing tens of millions of dollars.
In 2014, China’s government launched a $60 million archaeological research vessel to find shipwrecks in the South China Sea.

Archaeologists rewarded the investment by locating more than 120 shipwrecks inside the contested areas.
China’s deputy minister of culture, Li Xiaojie, put it bluntly: “Marine archaeology is an exercise that demonstrates national sovereignty.”

Russia has followed suit.
In 2011, when he was prime minister, Vladimir V. Putin made headlines by retrieving two ancient ceramic jars from a shipwreck at Phanagoria, the ancient Greek city that is 10 miles from Crimea. The media cast it as a publicity stunt, but alarm bells sounded within the archaeological community. Mr. Putin’s political allies had invested $3.5 billion in research at Phanagoria, a submerged harbor with Roman-era shipwrecks.
And while Phanagoria was the site of Greek colonies, Russian nationalists have adopted its ancient kings as proto-Russians. 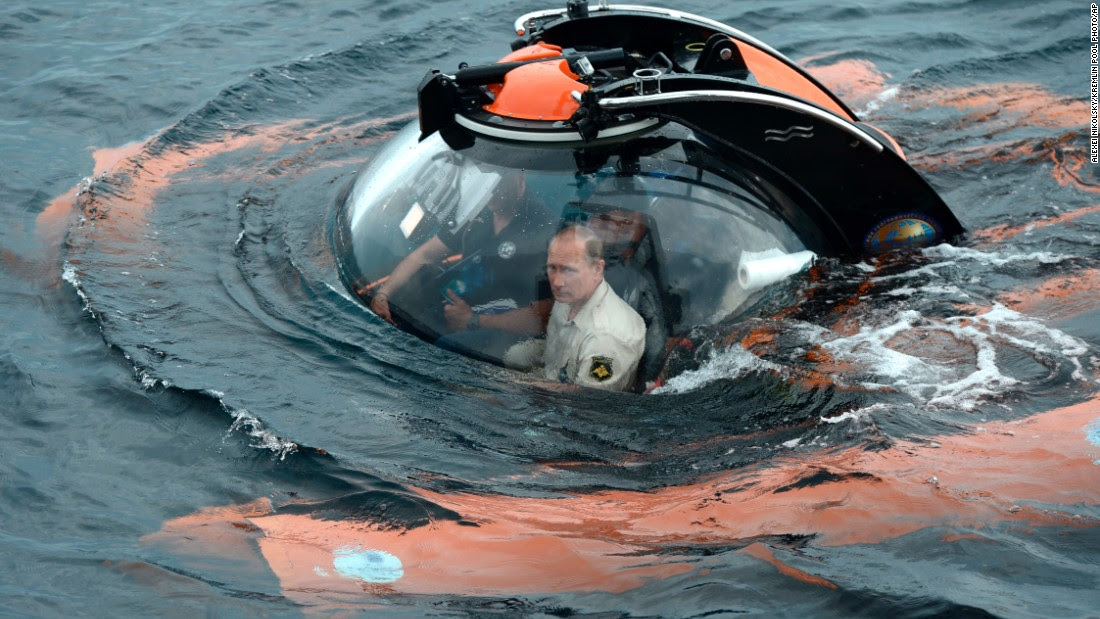 When Mr. Putin made his speech announcing that Russia had annexed Crimea in March 2014, he justified the move in part based on historical ties to the peninsula.
“This is the location of ancient Khersones, where Prince Vladimir was baptized,” he said.
The annexation added tens of thousands of square miles to Russia’s Black Sea maritime zone.
And this summer a Russian expedition began a major underwater archaeology survey off Crimea’s Sevastopol, a region rich in oil and gas.

For politicians, natural resources are the ends and shipwrecks are the means.
But archaeology rarely fits simple narratives.
In fact, archaeology often demonstrates our shared human past.
Until 10,000 years ago, the disputed regions in the South China Sea were dry land.
Taiwanese archaeologists have located submerged Stone Age remains there that point to a common ancestry of all the region’s inhabitants.
Native peoples traversed the Northwest Passage for thousands of years before Sir John Franklin arrived.
In his annexation speech, Mr. Putin cited Vladimir the Great, the 10th-century Viking conqueror and adopted progenitor of Russian identity, but the president neglected to mention that Vladimir the Great ruled from Kiev, in modern-day Ukraine. 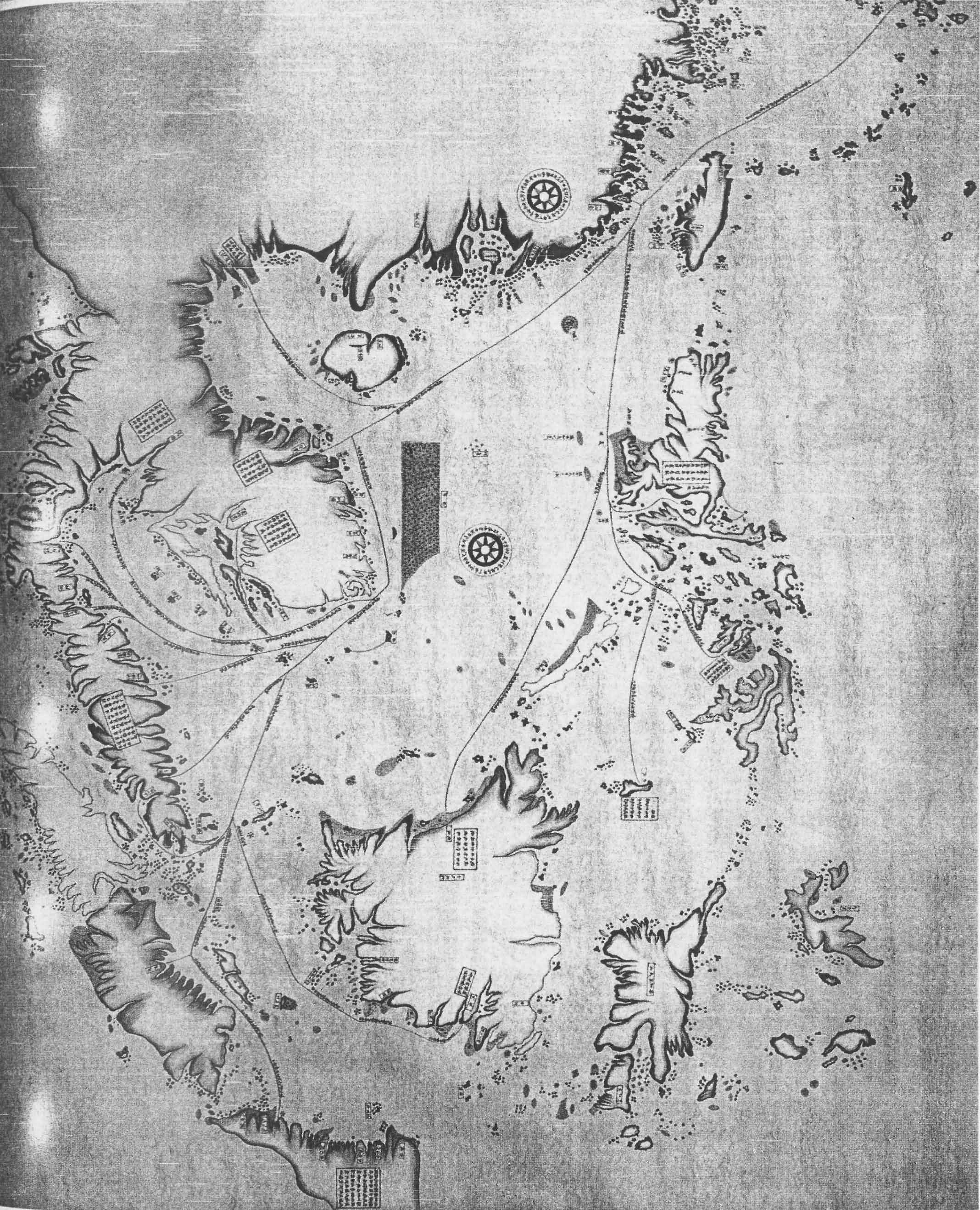 The Map of South and East Ocean Sea Routes was drawn in between 1712-1721 by Qing (Ching) Dynasty Fujian (Fuchien) Province Navy Commander Shi Shibiao, the son of a famous Qing Dynasty imperial officer.
This map clearly shows the sea routes, time, and descriptions from Chinese coastal ports to Japan, Laos, Vietnam, Indonesia, Brunei, Cambodia and the Philippines.
On this map, the locations and names of the Southern Sea Islands (Nanhai Zhudao) are very accurate. The map shows Chinese sovereignty over the South China Sea islands (including Nansha Islands, Xisha Islands, Zhongsha Islands and Dongsha Islands).

Archaeologists accept government funding because the world’s cultural resources are disappearing as a result of looting and treasure hunting.
But archaeology in the service of nationalism results in bad science.
What happens when China discovers ancient Vietnamese ships in the South China Sea?

And in Canada we already have a troubling example:
Against accepted preservation practices, Canada gave permission for the removal of the wreck of the explorer Roald Amundsen’s ship Maud to Norway, quietly eliminating a politically messy reminder that a Norwegian was the first Westerner to successfully navigate the Northwest Passage.

The underwater discoveries in Phanagoria, the South China Sea and the Northwest Passage are important scientific discoveries.
The problem is not with the archaeologists conducting quality research, but with the politicians spinning evidence to suit their desires.
The reality is that these are overt land grabs using manufactured historical claims.
Citizens around the world would be wise to tell politicians to stop abusing the past for present-day ambitions.