From GizMag by David Szondy

Rolls-Royce, VTT Technical Research Centre of Finland, and Aalto University are expanding on their ideas for a virtual bridge that could soon lead to a future where the line between manned and robotic ships becomes completely blurred. Combining automated ship systems and constant high-data level communications, it's part of what Rolls-Royce see as the "next major transition for the shipping industry." 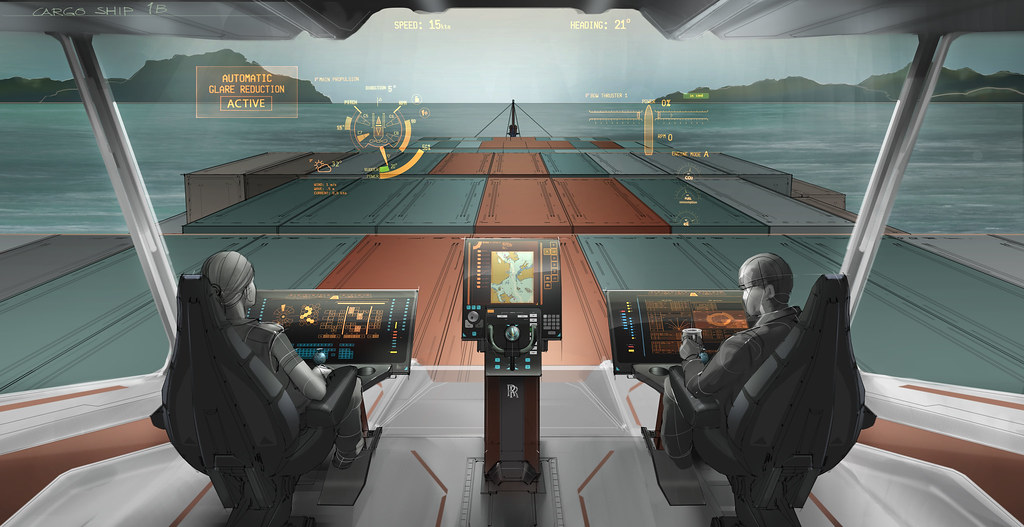 
Today, there's more shipping than ever.
Ships are becoming more complex, requiring large amounts of data streaming within and without the hull, regulations are growing by the day, fuel costs increase, and environmental pressures become more acute.
At the same time, skilled crews willing to spend weeks at sea are becoming harder to find.
According to Rolls-Royce, this, combined with the requirements of the latest developments in propulsion, navigation, and other on-board systems, will require complex interactive data and control systems that could one day lead to autonomous ships that don't require crews
The concept, Ship Intelligence, is based on a new bridge called the Future Operator Experience Concept or "oX."
This turns bridge positions into smart work stations and the bridge itself into an augmented reality control center.
This week, Rolls-Royce unveiled its latest version of the concept, which it says could become a reality in ten years. 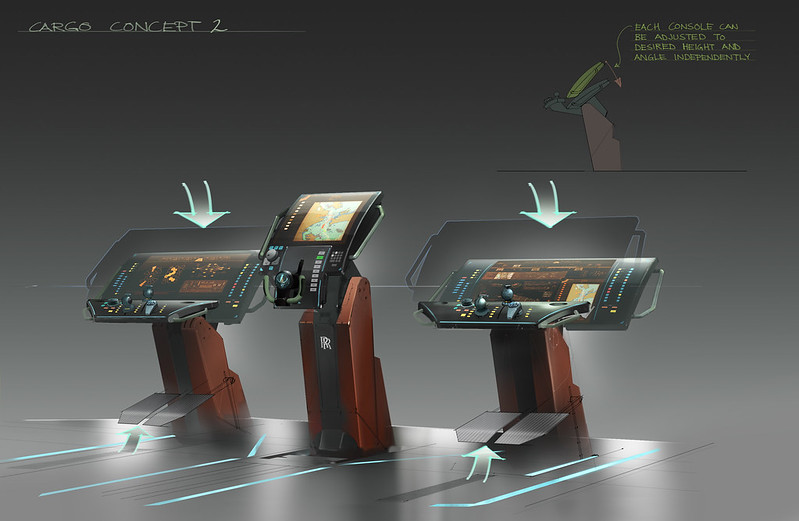 The difference between the oX and a bridge of today is more than the science fictiony consoles and futuristic chairs.
This is obvious the moment one of the crew walks on the bridge, where sensors identify them, call up their individual duties and specifications, and reconfigure their stations accordingly to suit the the task at hand and the ergonomics of the user.
The windows of the bridge are actually augmented reality displays that overlay information and enhance visibility of the ship's surroundings by means of an array of cameras and other sensors.
This display can show navigation tracks and hazards, provide warnings and data about other ships in the area, and highlight ice, shoals, and other things that might not otherwise be visible – including the ability to make the ship "invisible" and eliminate blind spots or show up deckhands who might otherwise be hidden behind equipment.
Based on a study of user experiences and preferences, the oX system is designed to be used on a wide array of ships, from giant cargo container ships to platform support vessels.
According to Rolls-Royce, oX is more than a glorified autopilot or data display device.
It's designed to operate in concert with fleets of vessels and other facilities coordinating with shore control centers and exchanging massive amounts of data. 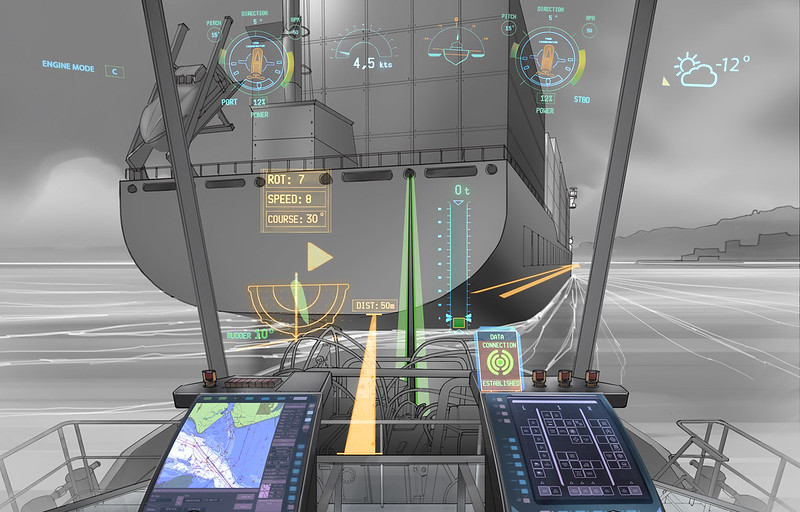 For example, in platform support operations, oX allows the shore control center to provide a detailed operations plan for the captain, oversees the vessel's approach to the platform, coordinates and maintains a robotic ship on standby in the event of trouble, compensates for equipment malfunctions, and can even autonomously move cargo containers from the loading area on deck to their stowage points.
At any point, control of operations can shift between the captain, the autonomous system, and the control center as required.
Rolls-Royce sees oX and similar systems as key technologies that will determine the shape of future ships as they become more automated, connected, and possibly autonomous over the next two decades. Properly used, the company regards these as a way of reducing costs, making ships more energy efficient, safer, and environmentally friendly.
"With the demands of environmental legislation and rising operating costs, ships are going to become more complex" says Mikael Makinen, Rolls-Royce, President - Marine.
"Add to that the fact that skilled crews are already in short supply, then we see a distinct gap opening up between the complexity of ships and the competency of the people who will crew them. That will cause real problems for the industry, and we believe it is Ship Intelligence, that will fill that gap." 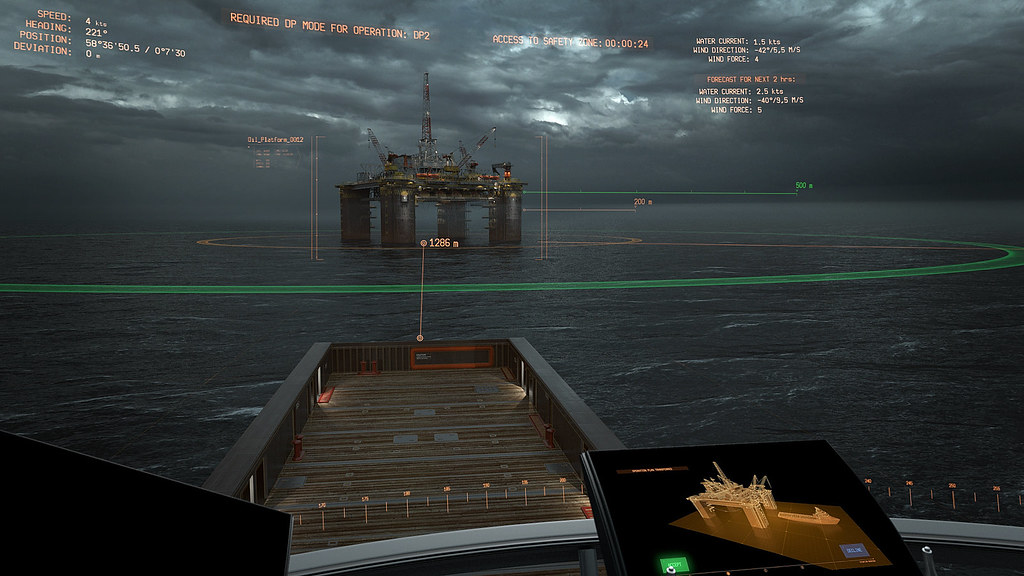 Part of the oX technology can be found in Rolls-Royce's Unified bridge, which was installed on the vessel Stril Luna to provide an ergonomic bridge environment while coordinating onboard equipment operations.
In addition, Rolls-Royce says that remote monitoring is already used by the company with control centers in Alesund, Norway, and Rauma, Finland to monitor onboard equipment, such as engines and cargo handling, as well as ships around the world in real time.
In addition to its new version of the oX, Rolls-Royce also released a series of new images of possible robotic ships of the future, including a natural gas carrier that has a curved whaleback without a hint of a deck, a cargo container ship that's all cargo and no superstructure, and a bulk carrier with a flat deck given over entirely to loading hatches.
"Many of the technology building blocks that will control the ships of the future are already available today, but there is still work to be done to develop marine solutions from them," says Oskar Levander, Rolls-Royce, Vice President - Innovation - Marine.
"We are investing in ship intelligence, which will be a major driver of the next transition era of shipping. Much in the way that sail gave way to steam powered ships, and coal gave way to oil, we will see increasingly sophisticated ships, highly automated and perhaps even unmanned remote controlled, plying the seas within the next two decades."