China said to turn reef into airstrip in disputed water

A major reclamation project by the Chinese government on a tiny reef 500 miles from the mainland would enable China to land military aircraft there, expanding its reach into the contested South China Sea, analysts have said. 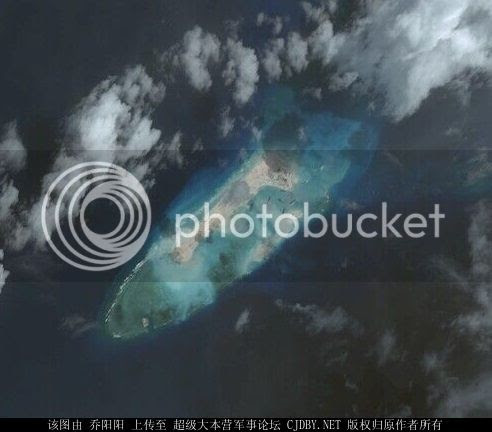 
The analysts’ report came as a group affiliated with the People’s Liberation Army hosted an international conference in Beijing on Friday and Saturday intended to showcase President Xi Jinping’s call for a new regional security architecture based on the concept of Asia for Asians, an idea that minimizes the role of the United States. 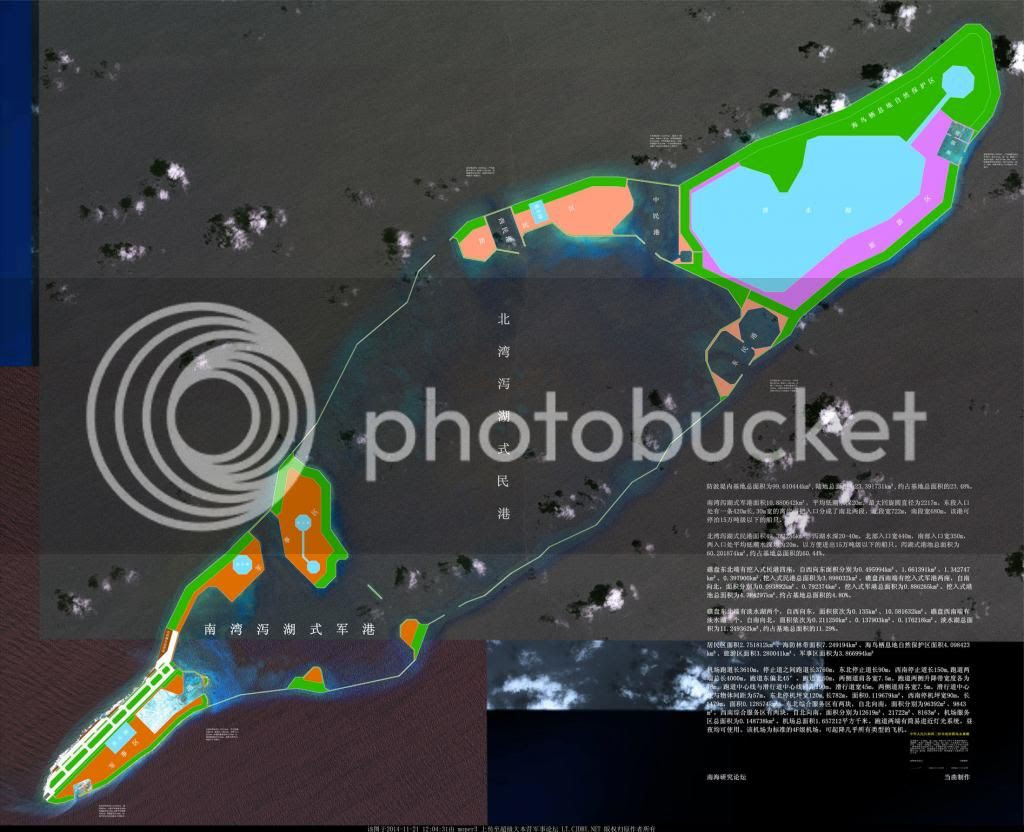 Harbor being built in the east and airstrip looking to be on the western side,
estimated to be 3 km in length.

“Asian countries bear primary responsibility for the security of their region,” China’s vice foreign minister, Liu Zhenmin, said at the Xiangshan Forum held Friday and Saturday by the China Association for Military Science.

New satellite imagery reported by IHS Jane’s on Thursday showed construction of a new island about 9,850 feet long and 985 feet wide at Fiery Cross Reef in the Spratly Islands.
The new island would be capable of supporting a runway and apron, the security group said.
Dredgers were also creating a harbor that would be large enough to dock warships, Jane’s said in its report.

AIS satellite tracking of the dredger Tian Jing Hao in the South China Sea shows it has been moving between reefs in the Spratly islands since September 2013.
Source: Bing/China Merchants Heavy Industry Shenzhen Co./IHS

China has been expanding its footprint in the Spratly archipelago for much of this year by moving sand onto reefs and shoals and creating at least three new islands that could serve as bases for Chinese surveillance and as resupply stations for navy vessels, according to Jane’s.
But the report said the dredging operations at Fiery Cross were by far the largest, and were intended to coerce other claimant countries in the archipelago, which include Vietnam and the Philippines, to eventually relinquish their possessions.

In the Beijing forum’s keynote address, China’s defense minister, Gen. Chang Wanquan, who rarely speaks in public, said that China wanted countries to “transcend Cold War thinking,” a reference to the American alliances in the Asia-Pacific region that China contends are used as a containment strategy.
Mr. Chang’s speech did not entirely exclude the United States.
In recognition of the recent accord between Mr. Xi and President Obama for increased consultation between the American and Chinese militaries, he said China wanted to strengthen procedures for coping with crises.
The participants included Western security experts and some defense attachés, including from the United States, but top officials from the Obama administration declined invitations to attend.

In an address to the forum, Gary Roughead, a retired admiral and former United States chief of naval operations, pointedly asked China to clarify its claims in the South China Sea, and to ensure that the claims were compatible with international laws allowing freedom of navigation.
China claims about 90 percent of the South China Sea, one of the world’s busiest trading routes, based on a line drawn after World War II that covers waters south of China, around Malaysia, and north to the Philippines.
Other countries do not recognize the U-shaped line, which encompasses the Spratlys and Fiery Cross Reef.

The plans for an airstrip at Fiery Cross Reef were most likely intended for China to land military aircraft that could monitor an air defense identification zone, known as an ADIZ, that China appears likely to create in the future, said Bonnie S. Glaser, senior adviser for Asia at the Center for Strategic and International Studies in Washington.
Countries establish such zones to identify, monitor and possibly take military action against aircraft entering the designated area.
“I think it is to allow China to establish an ADIZ,” said Ms. Glaser, who attended the Xiangshan Forum. “To have an ADIZ, they have to have the capability to monitor the airspace. They may need even more than one airstrip to do it.”

In November of last year, China unilaterally announced such a zone over a vast area of the East China Sea, including the airspace over islands that are at the center of a dispute with Japan.
Western officials have debated whether China would soon make a similar announcement concerning the South China Sea.
Most analysts agree that China is unlikely to do so in the immediate future.
But they say China is making preparations — like expanding tiny reefs into islands that can support large buildings and surveillance equipment — for the time when its navy and air force have the capacity to enforce an air identification zone far afield from the mainland.

To try to stop China from continuing its land reclamation in the Spratlys, the Obama administration suggested earlier this year that all countries with claims in the South China Sea freeze their building on disputed islands.
China rejected the idea.
The construction at Fiery Cross Reef was an example of Chinese defiance of the American freeze proposal, Ms. Glaser said.

The Spratlys comprise hundreds of reefs, rocks, sandbars and tiny atolls spread over 160,000 square miles, in an area that is closer to the Philippines, Vietnam and Malaysia than China.
Several governments have claims to islands in the Spratlys, and of those, Brunei and China are the only claimants without airstrips, said M. Taylor Fravel, associate professor of political science at the Massachusetts Institute of Technology, who also attended the Beijing conference.

The new satellite images suggested, he said, that China’s airstrip on the expanded Fiery Cross Reef would be capable of taking more sophisticated aircraft than the airstrip on the Spratlys island occupied by the Philippines.
That airstrip, he said, can only take propeller aircraft.
Jane’s said there was little doubt about the reason for the work at Fiery Cross.
“Given its massive military advantage over other claimants in terms of quantity and quality of matériel, this facility appears purpose-built to coerce other claimants into relinquishing their claims and possessions,” the report said, “or at least provide China with a much stronger negotiating position if talks over the dispute were ever held.”