South Georgia: The lost whaling station at the end of the world


Once British sailors were a big part of the whaling industry in the southern hemisphere.
Now only rusting buildings and ship skeletons remain, where once thriving whaling stations were, writes Adam Nicholson.
The abandoned whaling station at Leith Harbour on South Georgia in the south Atlantic looks as if it has been bombed. Rusty steel chimneys lie collapsed across the roadways.
Power plants and dormitory blocks lie half-smashed, their innards spilling out through the walls - cast-iron beds and baths, piping and wiring, cushions and mattresses all now leaking into the freezing air.
Some of the huge steel cylinders of the whale oil tanks, 30ft high and 30ft across, have had their sides folded in, as if by a giant hand.
But these are just the effects of time and the brutal winds of the Southern Ocean.


It is not somewhere you would ever like to be alone.
The winds that hurl off the mountains of this sub-Antarctic island, 800 miles east of the Falklands, on the same latitude as Cape Horn, make the whole place creak and groan.
Rusted corrugated sheets screech against their fixings, doors slam open and shut, the ventilator cowls on the giant processor plants still turn in the wind as they have done since the place was finally abandoned and left to the elements in 1965.
No-one is there now because Leith Harbour, like most of the other whaling stations on South Georgia, is strictly off-limits.
The collapsing structures are too dangerous and the asbestos in which the whale processing machinery is still wrapped makes the enclosed places too toxic.
The South Georgia government - this is one of Britain's few remaining overseas territories - had to give us permission to film in this breathtaking time-capsule of a forgotten way of British life.
And we had to be accompanied by Tommy Moore, a Yorkshireman familiar with asbestos safety, and dressed in full protective gear.

Pick your way through the buildings now and you find yourself in a forgotten world - mounds of harpoon heads lying rusted together, whale ribs and scapulae everywhere, abandoned tractors and rusted lathes.
In the manager's villa, graffiti tells of Argentine joy in 1982 at recovering their own, every word of it covered with the unequivocal responses of the crews of Royal Navy ships who arrived a few weeks later.
Snow clogs the doorways of the cinema where the whalers used to watch over and over again the few films they had, the dust-filled hall still filled with memories of Elizabeth Taylor and Deborah Kerr.
The hospital still has unopened bottles of milk of magnesia and tins of Prickly Heat Powder on the shelves of its half-trashed pharmacy.
Stinking fur seals lurk in the radio shack and among the overturned benches of the canteen. In the dormitories, the whalers' pin-ups still smile winsomely from the walls.
Hidden in attic spaces you can find the bowls, ladles and tins of yeast with which the whalers made the fearsome hooch to console themselves on long winter evenings 8,000 miles from home. 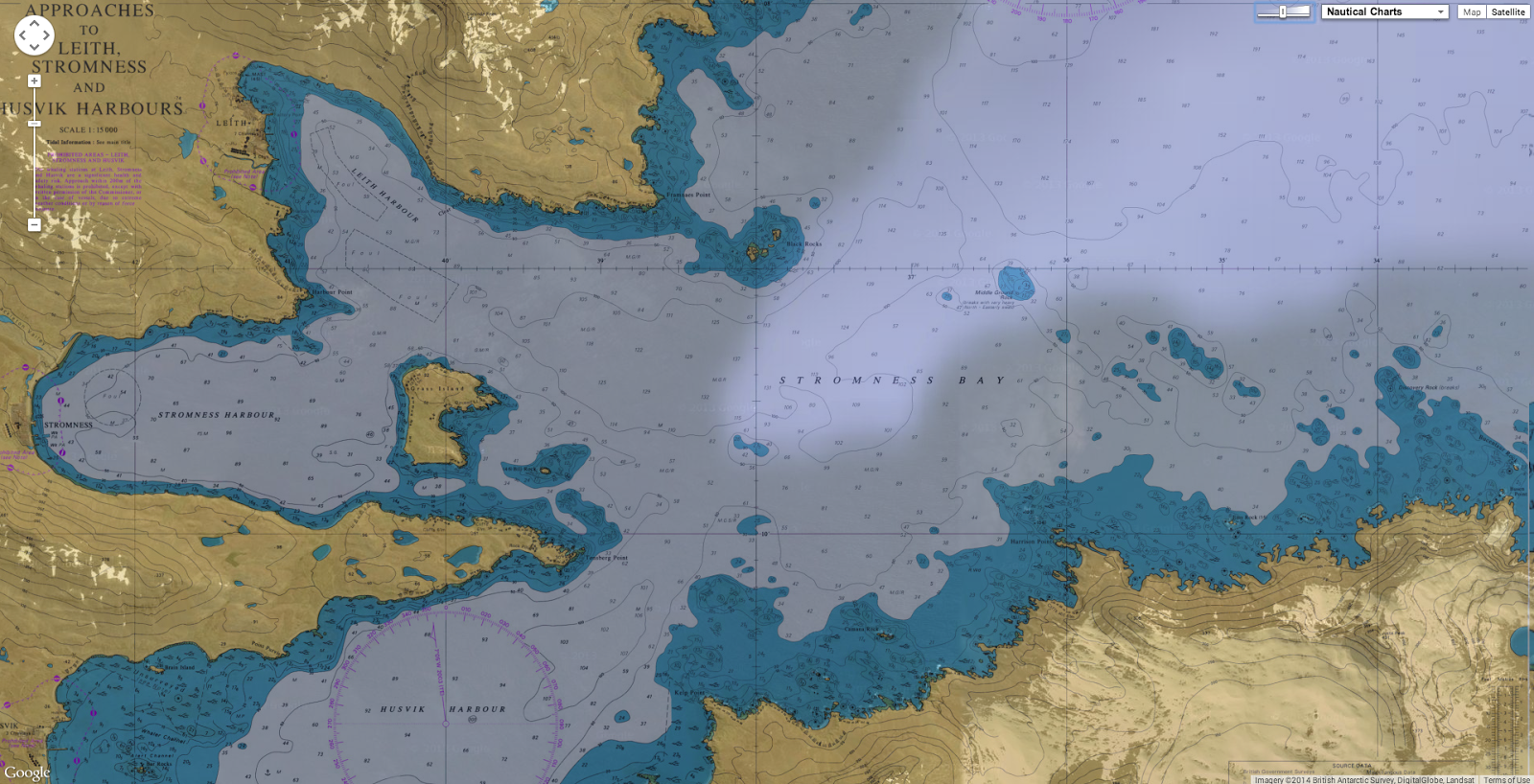 The whole place is a monument to a huge and massively destructive episode in British history.
By the beginning of the 20th Century, whaling had virtually eliminated the stocks of whales in much of the northern hemisphere.
Europe had a growing appetite for the oils that whales could provide - most of it for margarine and soap - and the vast stormy waters of the Southern Ocean beckoned, teeming with krill and with the whales that fed on it.

Dundee Antarctic Whaling Expedition (1892–1893)
By William Gordon Burn-Murdoch
“He is seldom seen; at least I have never seen him except in the remoter southern seas.”
Even by the beginning of the 19th century, whales were beginning to disappear from some coastal waters, and hunters had to travel further to make a living.
In 1871, 32 vessels were lost when they became trapped in the arctic ice.

Almost entirely fuelled by British finance, the whalers came south and embarked on a bonanza that lasted for two-thirds of the century.
Individual whalers made the kind of money they could only have dreamed of at home.
A young man returning to Shetland or the Hebrides in the 1950s after 18 months "at the ice" could buy a house, start a business or commission a fishing boat on his earnings.

Christian Salvesen, the Edinburgh-based whaling company that built Leith Harbour, could hope in some years for 100% dividend on their investment.
At the peak of the business in the 1920s, Salvesen's were making the equivalent £100m a year in profit in today's money.
None of it was easily earned.
The conditions were brutal.
Ice often clogged the rigging and individual catching boats were known to founder in the steep seas of the southern ocean.
Earnings were dependent on the number of whales caught and the skipper-gunners drove boats and crews relentlessly.

When the enormous bodies of the whales were hauled ashore into the huge processing plants, an army of men got to work, working 12-hour shifts, stripping the blubber from the carcasses, "like peeling a banana", as the whalers all say, shovelling the meat into the giant cookers, cutting up the bones with enormous steam saws and boiling them up for the oil they contained.
An entire whale, the size of a railway carriage, could be disposed of in 20 minutes.
If newly caught, there were consolations: "You could warm your hands in the fresh blood," Jock Murray, a whaler from the Hebrides remembers.
"If it was a week old, that was something else."

It is difficult to recover the frame of mind in which the destruction of so many of the greatest animals on earth seemed like a good idea.
About 1.6 million whales were killed in the Southern Ocean in about six decades.
The whalers remain deeply ambivalent about it today.
Many say they are proud to have done it but wouldn't do it now.
There are other ways, largely through plant extracts, of getting equivalents of the oils once taken from the whales.
But, as one of the whalers, John Alexander, says: "We thought we were doing some good for the country."
They were garnering fats which Britain desperately needed, particularly in the years after World War Two.
It was a difficult task, at which they became immensely skilled.
And as boys from crofts or fishing families in marginal parts of Scotland, they were providing for themselves in a way little else could have.

Whale hunters in South Georgia in 1935