Video of the Oarfish, Regalecus glesne, on 5 August 15 2011 :
an ROV operated by Mako Technologies working for Hornbeck Offshore Services
was conducting seafloor and water column biotic surveys as
part of the Deepwater Horizon oil spill NRDA at a depth of 62 m.

A remotely operated vehicle has come face-to-face with the world's longest-known bony fish -- and video footage of the rare encounter has now surfaced on YouTube.
Check it out above.
The giant oarfish was found in the northern Gulf of Mexico, where four other observations were reported.
These spottings happened between 2008 and 2011, and they recorded the fish at its deepest undersea level yet, at least 463 meters below the surface.
The giant oarfish, named Regalecus glesne, is rarely seen alive.
Most observations come from the bizarre creature washing ashore.
But this new video sheds light on how the fish may behave in its natural habitat.
A paper on these observations was published online in the Journal of Fish Biology on June 5, 2013. 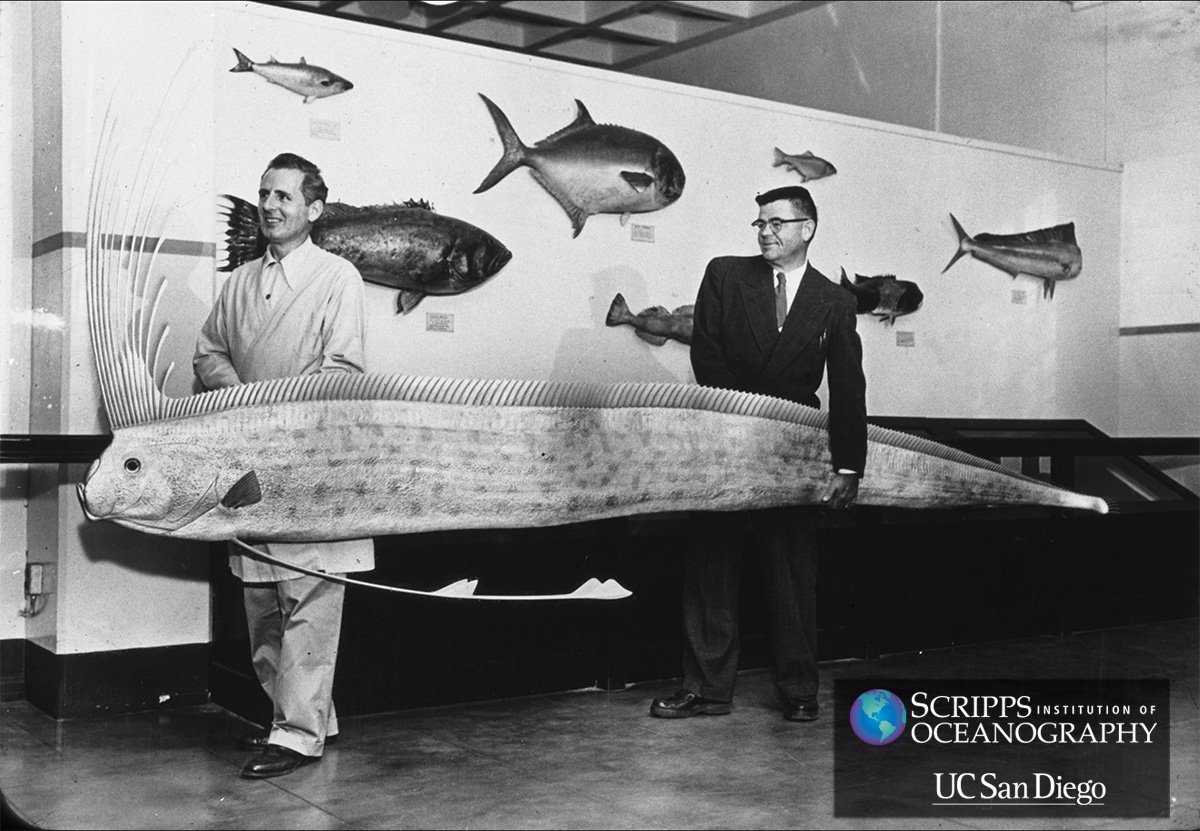 Oarfish, also known as ribbonfish and king of herrings, is a deep water creature that can grow up to a size of 50 feet (15 meters) in length and weigh up to 600 pounds (272 kg).
This deep sea creature is officially the longest bony fish living at a depth of between 66 feet and 1000 feet.
It is known that when oarfish gets sick or is near to death it comes on the surface of the water and sometimes to the shore, that’s why we have ancient tales of seeing sea serpents coming out of the water surface.

A 16 feet oarfish that was found on the shore of Bermuda beach in 1860 was described as sea serpent (image below).
There are no scales on the fish and it’s not edible due to its gelatinous flesh.

The above photography was actually taken in 1996 and shows a giant oarfish (Regalecus glesne) found on the shore of the Pacific Ocean near San Diego, California.
This extremely rare specimen was 23 ft (7.0 m)