Viral black iceberg photo will give you the chills 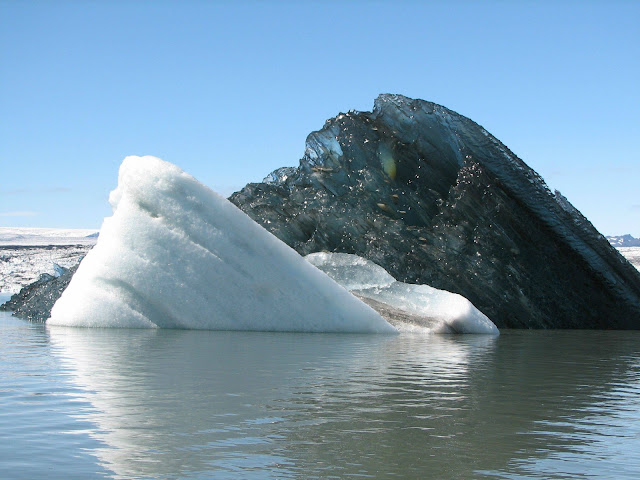 A photo of a giant black iceberg is going viral after Reddit user Rundboll posted the picture on Jan. 4, 2012.
The post has over 1,200 comments by fellow Redditors who gave the photo plenty of upvotes.

Not only is the photo of the black iceberg a viral sensation, one Reddit member left a comment about the unusual iceberg, lending some helpful information about it to those who never knew something like this existed.

User Bama011 posted: "Most icebergs are white except along freshly calved ice cliffs, which tend to appear blue. Others may appear green, brown or black, or combinations of these colours. These icebergs have usually rolled over, exposing basal ice, or have emerged from below water level. The various colorations are caused by differences in density, air-bubble content and impurities. For example, black ice is of high density and bubble free; dark layers indicate the presence of rock materials derived from the base of the parent glacier. Occasionally, rocks may be found on the original upper surface of the iceberg. As the iceberg melts, these materials precipitate into marine or lake sediments. "

His comment was pulled from the Canadian Enclyopedia, something Reddit members thought was as unusual as the black iceberg : the black color is due to the iceberg's high density, absence of bubbles, and the presence of rock materials derived from the base of the parent glacier.
"I'm Canadian and had no idea this resource existed."

According to the Canadian Encyclopedia, a black iceberg is not rare.
However, it is not captured on photo often, so it's no wonder the photo posted on Reddit went viral so quickly.
Have you ever seen a dark-colored iceberg?

Moraine, unstratified and unsorted deposits of sediment that form through the direct action of, or contact with, glacier ice (see USGS)