Belzebub II : a passage through ice

A Passage Through Ice’ Sailing Expedition has just completed the crossing of the infamous M’Clure strait in the Canadian Arctic to become the first sailboat ever to achieve this feat.

The international expedition team consisting of Edvin Buregren, Nicolas Peissel and Morgan Peissel have spent the last three months at sea on a 31 foot boat sailing from Newfoundland Canada to Greenland, through the Canadian Arctic to track the depleting polar ice cap and bring awareness to climate change. 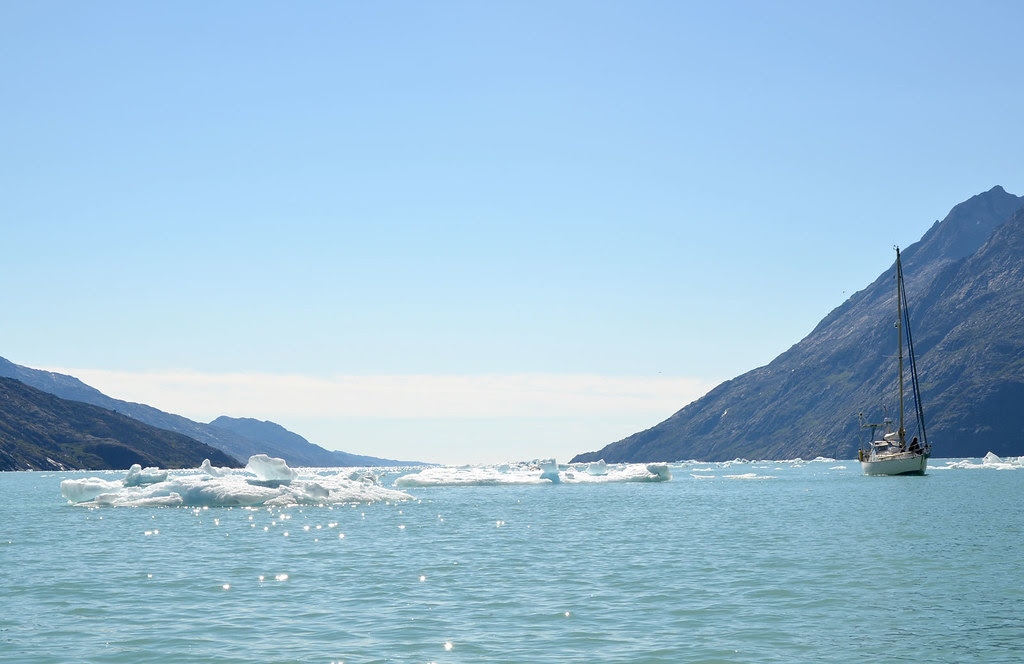 Sailing in ice :
They sailed a narrow passage along Banks Island, rock on one side, sea ice on the other.
At any time the ice could surround and trap them, as it did to the strait's namesake, Robert McClure, in the 1850s.
And there was no retreat.
As the crew passed the narrow passage, the ice was sealing up behind them.
Had the ice trapped the boat, the crew would have had to find a safe spot to anchor and hike to the nearest hamlet -- 500 km away.

At worst, they would have to live inside the ship for the next eight months.

They started their expedition last year, but then a combination of conditions and lack of time stopped them from finish their project.
This year they managed to get through on a more northerly route than any other sailboat has ever done.

Thinking that our goal of sailing from Newfoundland to the west coast of Greenland in a 31 foot fiberglass sailboat went off pretty well, we figured that checking out Evighedsfjorden (or, the appropriately named Eternity Fjord - without a doubt one of the most spectacular places I have ever witnessed) wouldn't pose any real issues.

They are sailing an 31 feet old standard GPR sailing boat.
The ice wouldn’t let them trough on their first attempt, and they had to turn around and return to Resolute from the heart of Parry Channel. 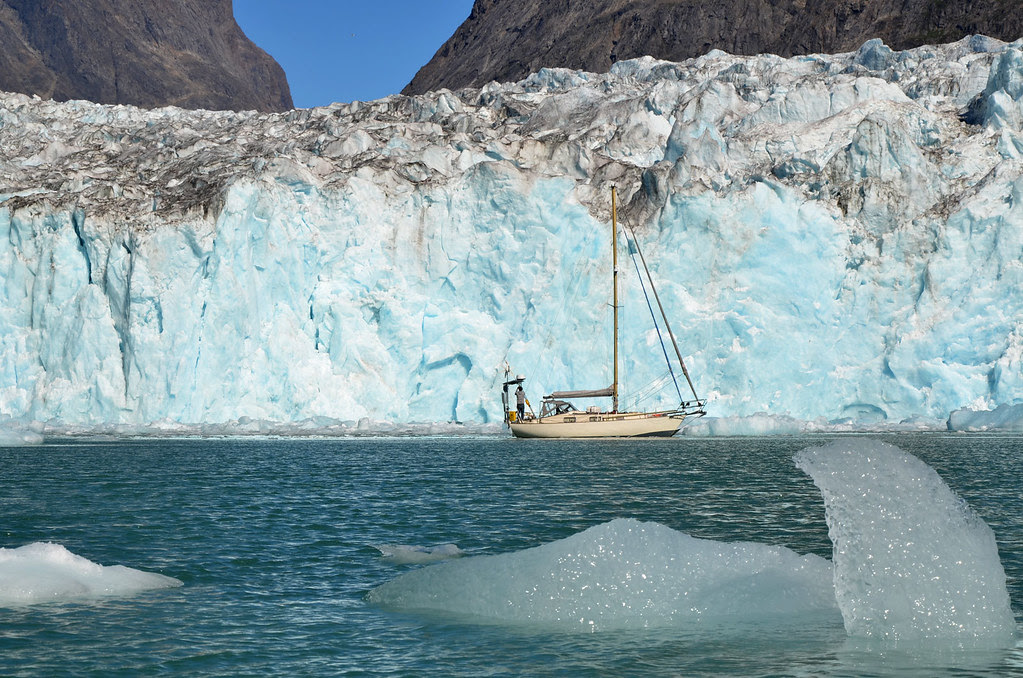 “The Arctic is melting at an alarming rate and is clear proof of our disharmony with the planet.
By sailing this newly opened route we hope that our expedition will play a small part in bringing further attention to climate change and contributing to a larger shift in attitudes. Our approach to sail across a historical stretch of water that has traditionally been frozen is meant to be a clear visual example of the extent of declining polar ice.” 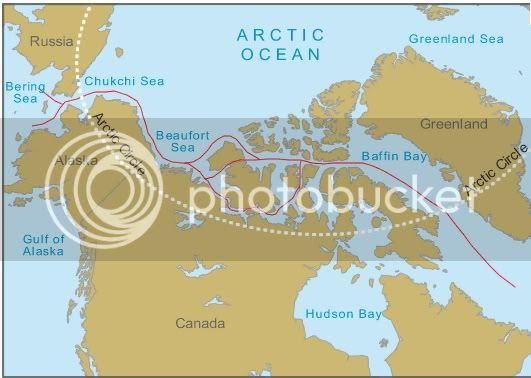 The Belzebub II, followed the northernmost route on the map below, traveling west from Baffin Bay to the Beaufort Sea through the Canadian Arctic Archipelago.
Theirs is the first sailboat to ever take this route.

The three sailors and adventurers  will continue to track the polar ice cap towards the Bering strait where they will head into the Pacific Ocean to complete the most Northern Northwest passage ever accomplished by a sailboat.