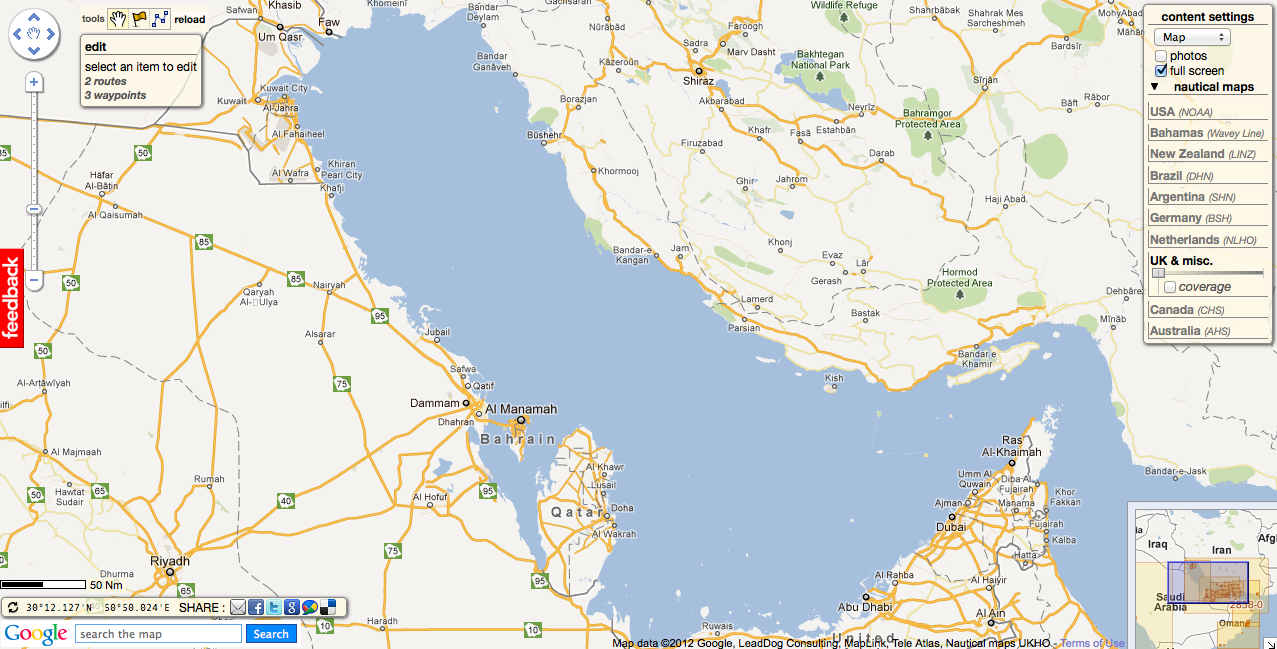 Iran on Saturday criticized Google for leaving the body of water separating it from the Arabian peninsula nameless on its online map service, saying it would hurt the Internet giant's credibility and creditability.

"Google fabricating lies... will not have any outcome but for its users to lose trust in the data the company provides," Deputy Minister of Culture and Islamic Guidance Bahman Dorri told the Islamic republic news agency. 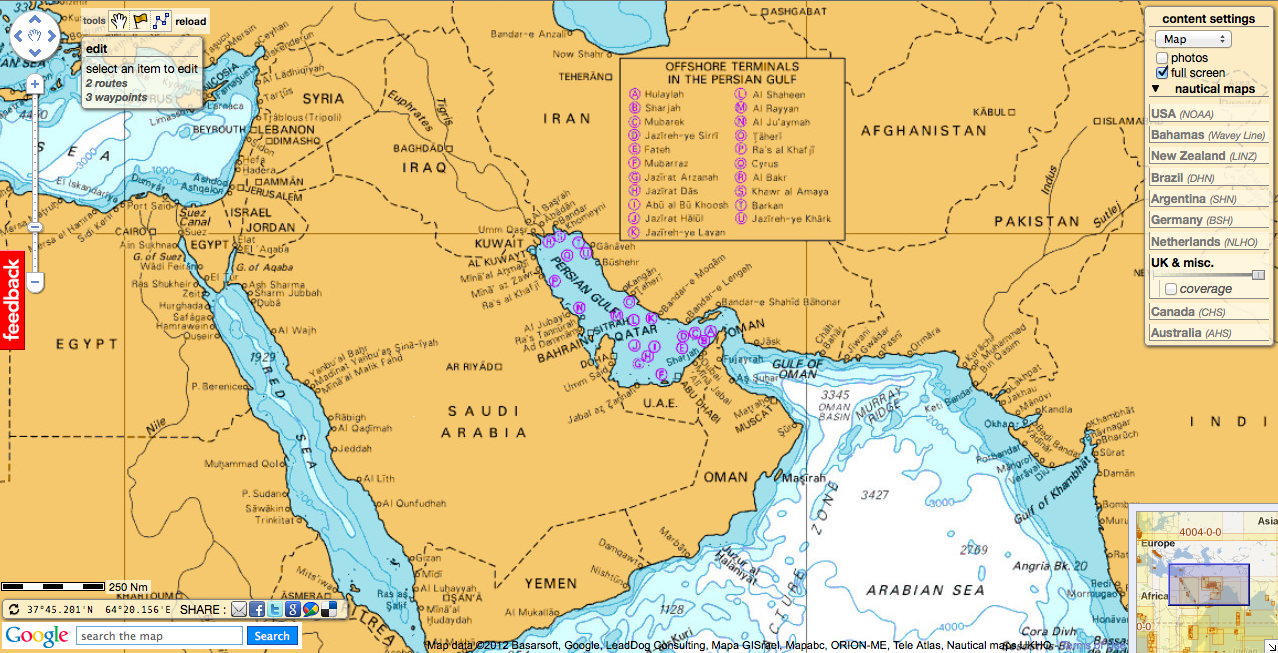 
Historical evidence shows the water has always been "Persian," and that the Persian Gulf's identity is part of Iran's territorial integrity. 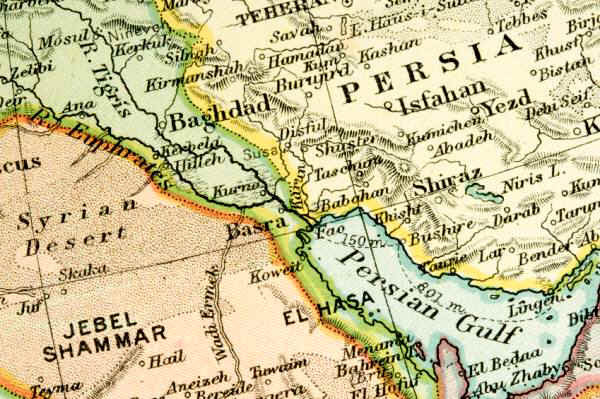 "The enemies cannot hide facts and evidence about the Persian Gulf," Dorri said.
"Documents in the UN and the UNESCO show the name of this body of water has always been 'Persian Gulf' since a long time ago."
"The efforts of the (global) arrogance and its Arab allies to remove the name of the Persian Gulf will result in its name becoming more durable," he added in a reference to the United States. 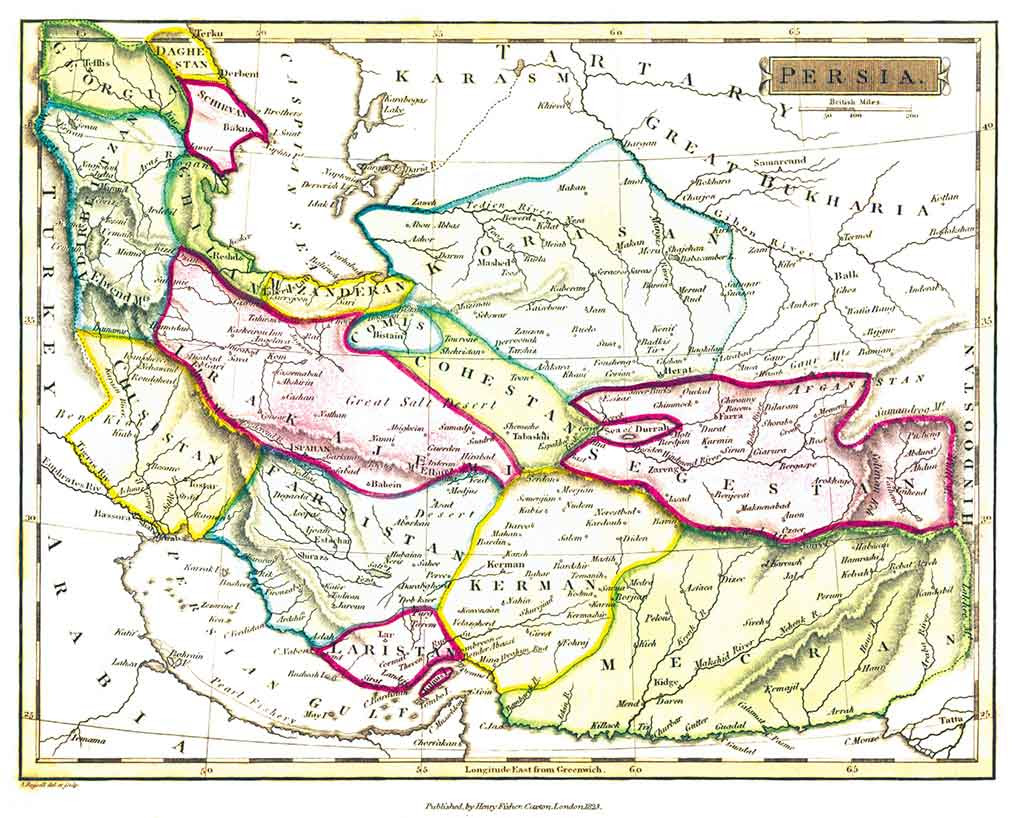 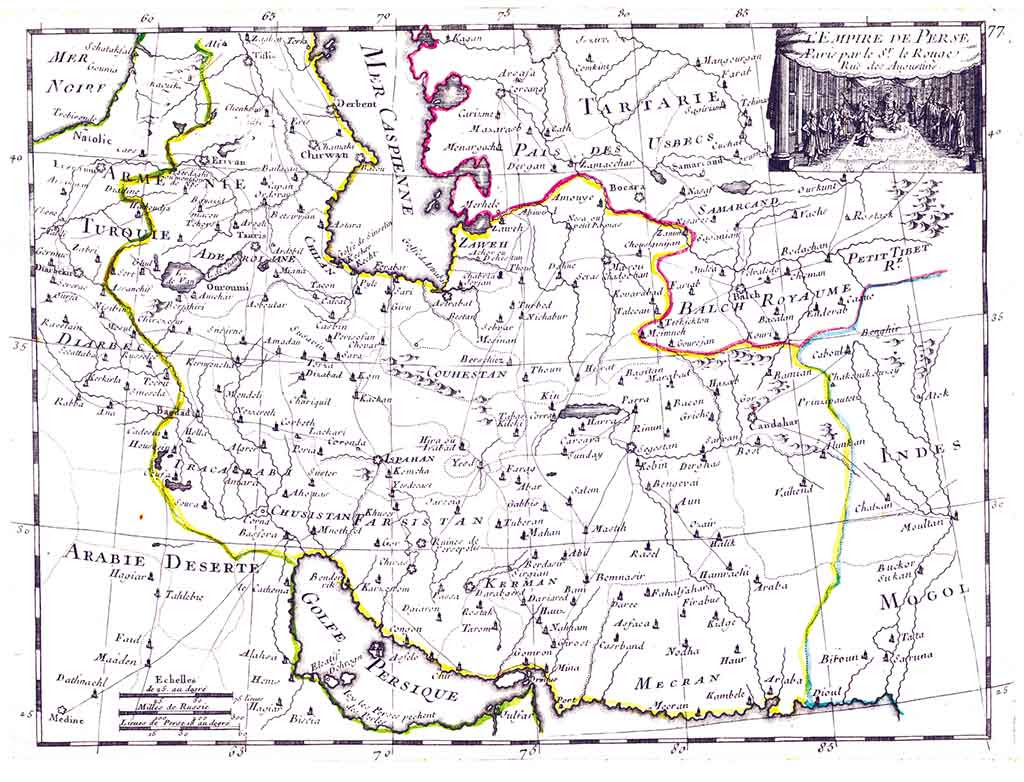 While historical documents show that the waterway has always been referred to as the 'Persian Gulf', certain Arab states have recently mounted efforts to remove 'Persian' from the name of the waterway.
In early 2010, the Riyadh-based Islamic Solidarity Sports Federation cancelled sports events after Iran used the term "Persian Gulf" on medals for the event it was seeking to host.

Iran designated April 30 as the National Persian Gulf Day (video) to highlight the fact that the waterway has been referred to by historians and ancient texts as 'Persian' since the Achaemenid Empire was established in what is now modern day Iran.

In July 2009, archeological excavations in the Iranian port city of Siraf yielded new evidence confirming the antiquity of the Persian Gulf title.
The Iranian archeologists discovered Sassanid and early-Islamic residential strata as well as a number of intact amphoras used in sea trade during the Parthian, Abbasid and early Islamic eras, all referring to the waterway as the Persian Gulf. 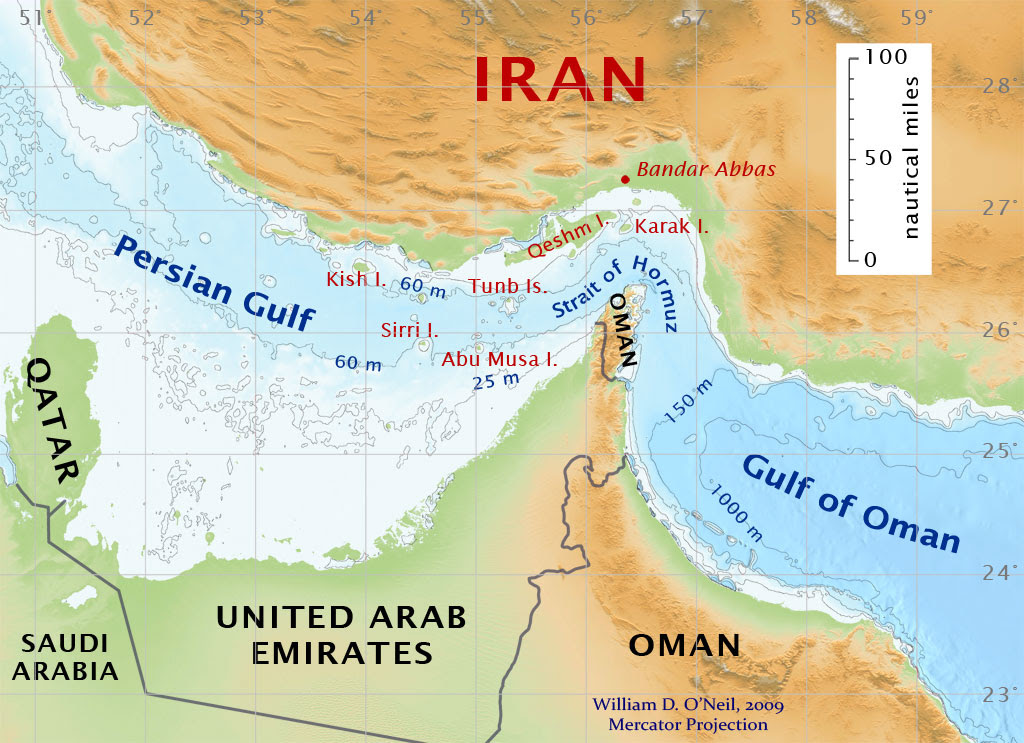 Abu Musa island which commands the vital Strait of Hormuz, has become the focal point of tension

Note : Another point of contention between the Islamic republic and its southern Arab neighbours is the group of three barren islands in the Gulf over which both Iran and the United Arab Emirates claim territorial sovereignty.
(see WP article / video)